Any beloved show that draws to a close is bound to close on mixed emotions. They’ll be disappointments as well as the happiness it, hopefully, elicits. No matter how hard the writers may try, they’re never going to be able to achieve universal satisfaction. This is why, sometimes, a series finale has to be watched with a grain of salt.

Last night, the end of ITV’s Downton Abbey aired. With it, we have one last recap to share. Let’s jump right in because a whole lot of stuff went down.

As the episode opens, it’s to a delightful image of the family enjoying an afternoon on Downton’s grounds. “Donk,” as Robert is known to his grandchildren, is enjoying the next generation as young George, Sybbie and Marigold surround him, the future of Downton Abbey. Edith makes plans to move to London on a permanent basis, and newlyweds Henry and Mary stroll arm in arm.

Following his brush with self-inflicted near death, Thomas thanks his rescuers for their compassion. He tells Baxter that he now plans to be “someone different.” Tired of who he was, he plans to make the effort beginning with the new position he lands. 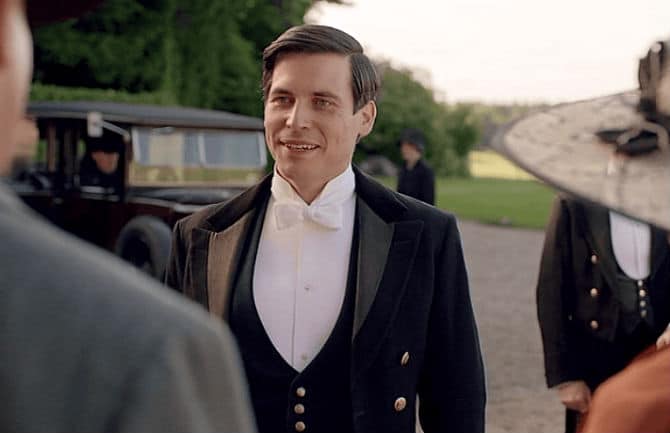 Before he leaves, Robert thanks him for his service, Mary and the children send him off as well as the staff with well wishes, and advice to befriend his new co-workers. 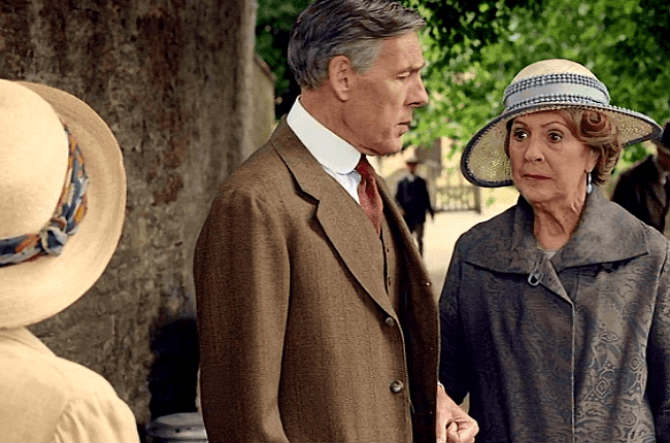 Despite the fact that I discussed Isobel very little this season, she had an interesting storyline. Throughout the latter part of the season, she was visited by Lord Merton’s future daughter-in-law, Amelia. The reason? The socialite attempted to act as ambassador for her fiancé, Larry so that Isobel might reunite with Merton. (The underpinnings of which would benefit her by taking an old man off her hands.) With a recent terminal diagnosis, Lord Merton’s time for this earth is limited. Not about to abandon her friend, Isobel faithfully visits the man she was once to marry only to be turned away.

Following one of their visits, Isobel shares her regret with Violet. And eventually Violet becomes involved when the pair of them confront Merton’s daughter-in-law. Naturally, this causes a ruckus and Lord Merton (unaware Isobel has been trying to see him) rises from his bed. Feeling empowered Isobel announces she’s taking Dickie with her and furthermore, she’s going to marry him!

With that, Isobel whisks her beloved away from the house now occupied by his son and daughter-in-law, and the pair say I Do’s (off screen). 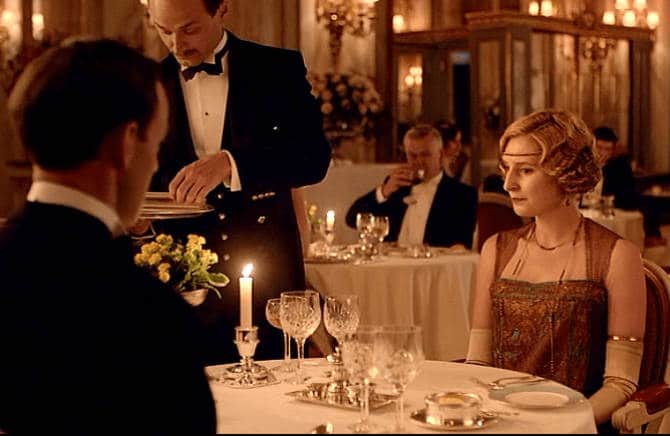 Much to Edith’s great surprise, when she takes her a trip up to London, she finds Bertie waiting for her at the restaurant she was to dine at. You see, he wants her back. Mary telephoned him with apologies, making an attempt to bring the lovebirds back together. Edith is confused. “Nothing has changed,” she says. Bertie insists he has changed! He even asks her to reconsider and marry him. He’s been doing a pretty horrible job of living without her, he says.

Unable to refuse Bertie his proposal, a happy Edith is whisked off to Bertie’s recently inherited Brancaster castle estate. It’s here she is to meet his mother. Feeling a sense of guilt, Edith tells her the truth about Marigold. Following a strained period (during which Mrs. Pelham hopes the wedding is called off), Bertie makes it clear he’s not giving up Edith. In her corner are her parents, Robert and Cora, who were also invited to the grand affair. A rocky start ends well when Edith manages to convince her future mother-in-law of her love for Bertie.

Back at Downton, Henry feels misplaced in his role as Mary’s husband. He doesn’t have a vocation now that he’s given up race car driving and he doesn’t like Mary having to “explain” him. She doesn’t mind, and with a smile on her face, she leans in for a kiss and tells him how much she loves him.

With the support of Tom, Henry forges ahead with his plans. The two buy a car dealership. Naturally, Mary is a proud new wife and she tells him so, celebrating by sharing her secret; in nine months, they’ll be a family of four. 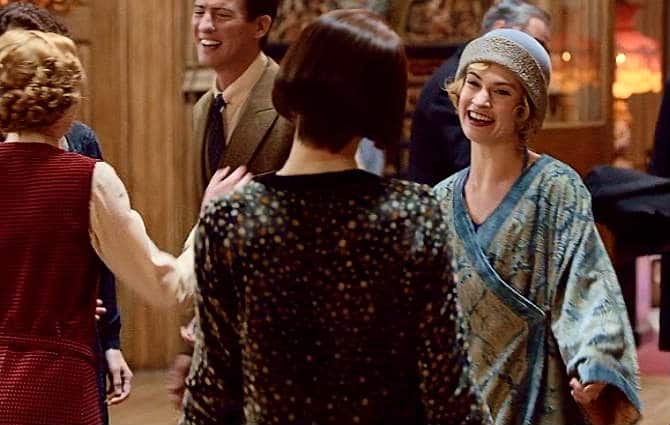 Much jubilee and excitement is inspired by the arrival of Rose and her husband, Atticus. (The pair is as cute and in love as ever, and I love it.) Many hugs and kisses are exchanged, and family news caught up on. Rose proudly shares photographs of her young daughter, and later she finds the kitchen staff downstairs to again spend some time bragging about her firstborn.

Carson’s progressive illness eventually becomes something that forces retirement. With Barrow now gone onto a new job (one that he finds monotonous despite his taking to heart Baxter’s advice), the estate will now have to look for a new butler to train. Or that is the expectation of Carson. Turns out, Robert suggests a solution. The family brings Barrow back, a man who already knows the house. 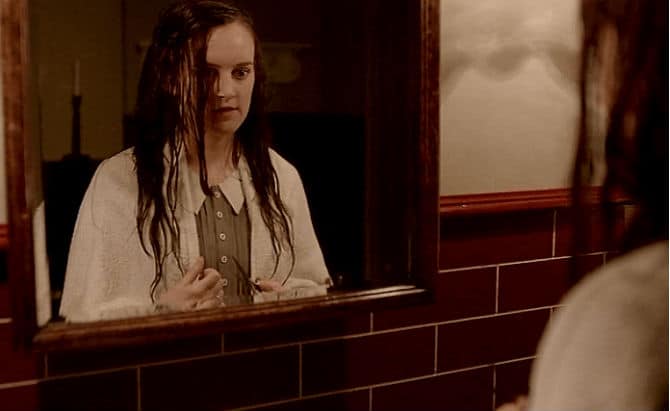 Meanwhile, Daisy decides perhaps she does like Andy (as he pulls away) and she’s not giving up without a fight. This inspires the silly girl to chop off her hair in an attempt to achieve the smooth, sophisticated bob sported by Lady Mary. It takes Anna’s skill with a newly purchased curling iron to put to rights the mess Daisy made. 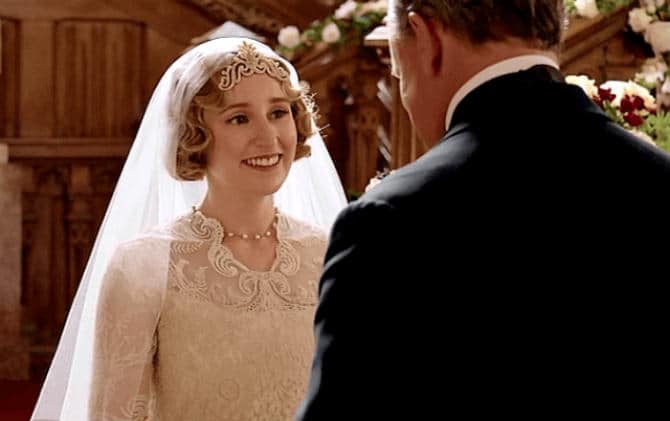 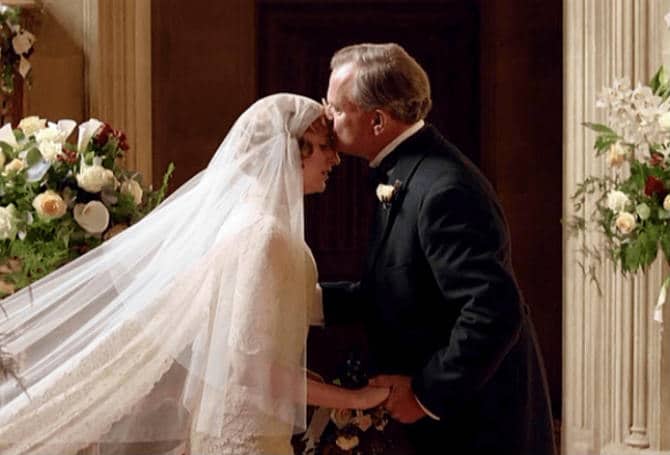 Edith’s story draws to a close in a beautiful and much rooted-for way. Once her mother-in-law accepted the idea of Edith as a daughter-in-law, a wedding date is set and “I Dos” exchanged. But not before a beautiful scene between Edith and her father occurs. Robert asks Edith to let him be proud of her before leaning in and kissing his middle daughter’s forehead.

Following their wedding day, Edith and Bertie leave for their honeymoon. Edith kisses her family with the words of being “completely happy.” Throwing the bouquet as they make their way off, Miss Laura Edmunds (Edith’s sassy editor) catches it as Tom turns to her and says, “aren’t you the lucky one.”

Does anyone else hope this becomes a thing?

A New Life and New Year 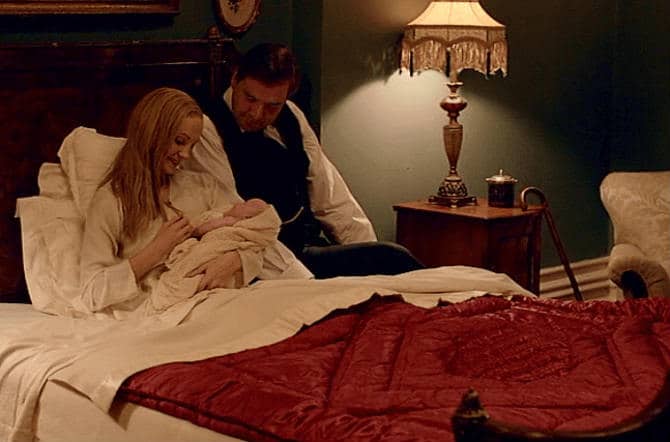 Upstairs as the merry and rivalry is taking place, and the family sees Edith off, Anna goes into labor in Mary’s room. Naturally, her labor moves fast and she gives birth in Mary’s room. Proudly, she holds her son as a beaming Bates watches and with a smile on her face, she turns to Bates and says, “We have a son, John.” Robert and Cora enter upon this scene to wish the happy family congratulations.

As Robert and Cora leave Mary’s room, Robert reminisces on their happy life together. He feels the estate is in the right hands with Mary and Henry, and Tom. Edith, he says has risen from the “cinders of the hearth to be kissed by her very own prince charming.” What more could they ask for, he wonders? Cora’s response is to wish for a long and happy life together for the two of them. (He even sweetly comes to accept Cora’s work on the hospital board after Rose shows him her importance in the role.)

Mrs. Hughes calls Carson “Charlie” (how cute was this!?) as she assures him they will make a go out of their changing life. 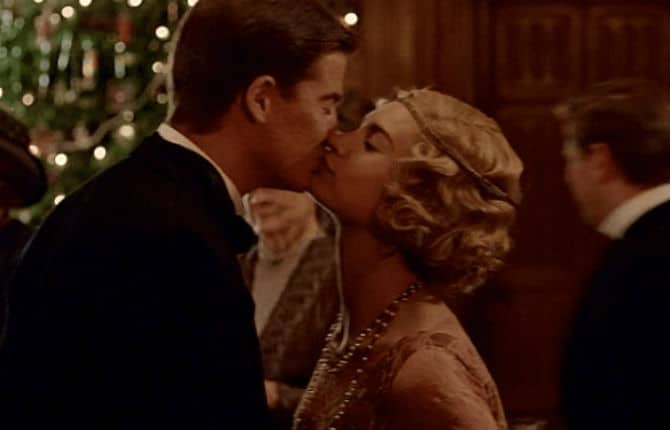 As the revelry and midnight kisses (Rose and Atticus, Mary and Henry) continues, Violet and Isobel sit in their fireside chairs discussing the future. Isobel raises a glass to the future, “not the past.” To the strains of “Auld Lang Syne,” it’s fitting Violet gets in the last quip with her reply. “If only we had the choice.”

As sad as it is to see Downton Abbey end, I was impressed beyond expectations with how the writers and Fellowes ended it. Series six has been, in my opinion, one of the best, collectively, of the lot. There was so much resolution to festering disappointments and threads that were carried throughout from the opening of its premiere season to its final episode. Most of these also were very genuine and sincere. If a show such as this, beloved or hated, whichever your opinion is, has to end, this was a farewell done very well indeed.

What are your thoughts on the series finale? I’d love to chat with you about this beloved series and what you liked best about its finale. Sound off below.

Our romance-themed entertainment site is on a mission to help you find the best period dramas, romance movies, TV shows, and books. Other topics include Jane Austen, Classic Hollywood, TV Couples, Fairy Tales, Romantic Living, Romanticism, and more. We’re damsels not in distress fighting for the all-new optimistic Romantic Revolution. Join us and subscribe. For more information, see our About, Old-Fashioned Romance 101, Modern Romanticism 101, and Romantic Living 101.
Pin this article to read later! And make sure to follow us on Pinterest.
By Rissi JC on March 7th, 2016