It’s  been a short while since my last Doctor Who Re-Watch (blame it on my temporary and hectic schedule) but I’m back and ready to talk about “The Long Game” and the goodbye of barely there companion Adam. While I still love this episode, I do think it is probably my least favorite of series one. “The Long Game” gave us two stories: 1) Adam’s introduction into time travel and 2) the mystery of why history didn’t seem to be right (blame this one on the Jaggrafess). Add in some good Doctor and Rose, Simon Pegg as the villain, and a bit of good humor, and that’s kind of how I saw this good, albeit not particularly stand out episode. 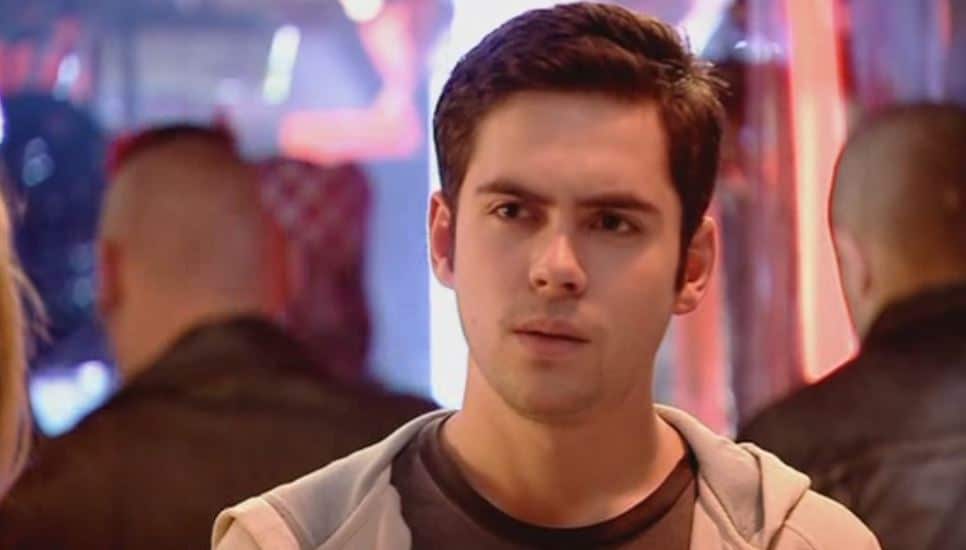 Okay, Adam gets a bad reputation but I liked that the Doctor traveled with someone who was in it for himself and appreciated that he wasn’t just another companion enamored with adventure and the beauty of time travel. Some humans are greedy and impulsive. Adam definitely falls into both categories. Re-watching the episode, I noticed even more the second time around how much Adam manipulated Rose.

For instance, feigning discomfort of time travel when really he wanted to ditch Rose and gain access to the Tardis (smiling with key in hand) in order to send back all the technological secrets of human history. 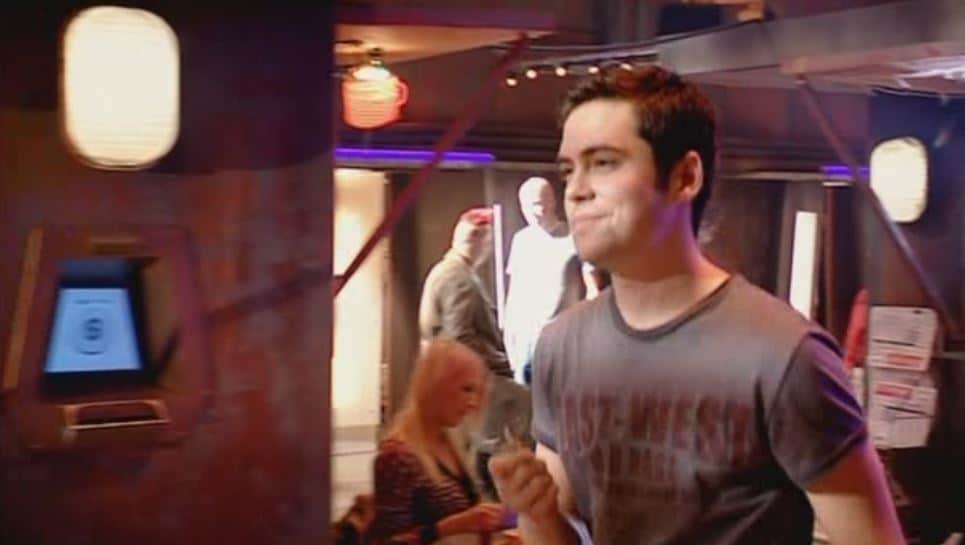 He used Rose’s compassion against her. Not to mention, his actions are truly despicable once you think about it.

Now, some people believe that the Doctor was way too harsh on Adam once he realized his intentions and sent the boy genius back home with a computer in his head (it is problematic for the foolish boy to ever have a normal life thanks to a simple snap of the fingers). 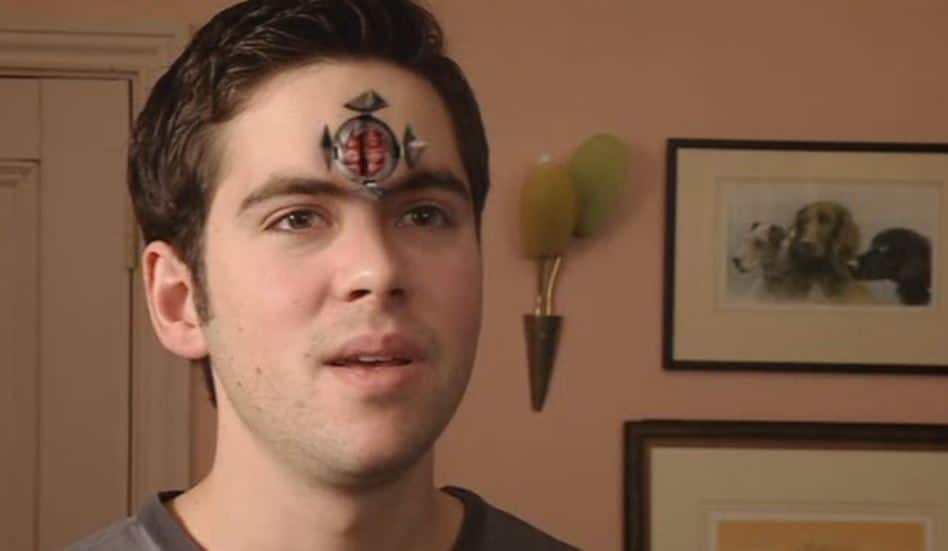 And, while I agree that the Doctor could have showed more compassion (like first freed Adam of this burden before sending him home), you kind of get why the Doctor reacted so angrily. Adam put both the Doctor and Rose in danger and also could have willingly altered ALL of human history in his own image. Adam was certainly no saint, making the Doctor’s own dark choices even more compelling when it comes to his characterization and the Doctor’s own selfish choices. The Doctor isn’t very forgiving when others (excluding himself) break the rules. 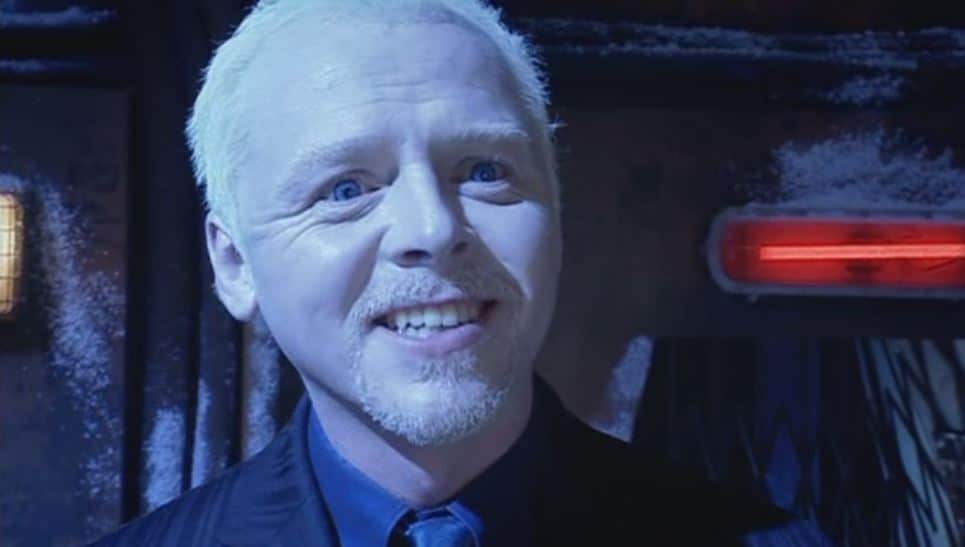 Even though I liked this episode as a whole, the true strength of this episode is the humor. Simon Pegg played the villain with comedic ease. His delivery of lines while giving exposition (I love villainous dialogues) worked brilliantly and made me laugh more than the first time I watched “The Long Game.” Aside from Simon Pegg, the Doctor and Rose’s interactions were also quite funny. Best part of the entire episode? When genius boy faints at the sight of earth, and the Doctor makes a snide remark: 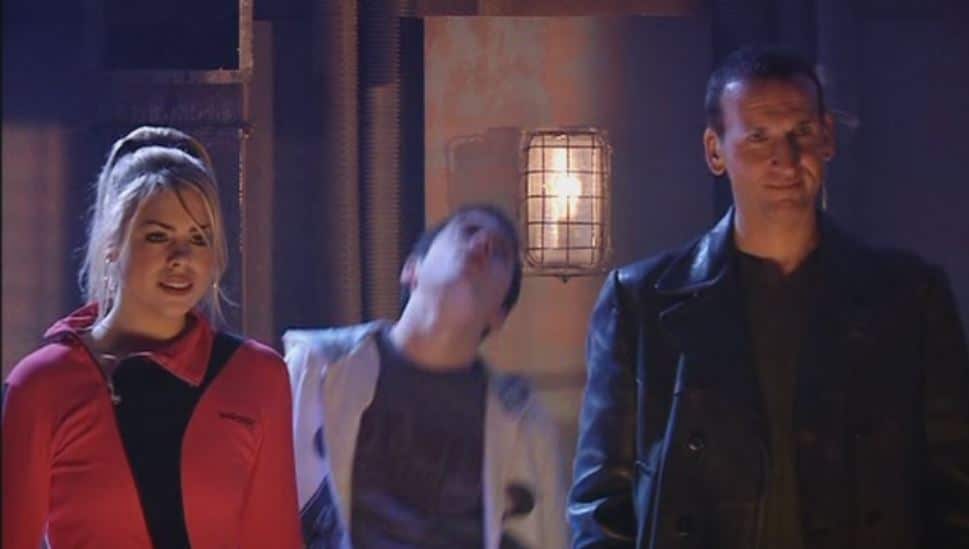 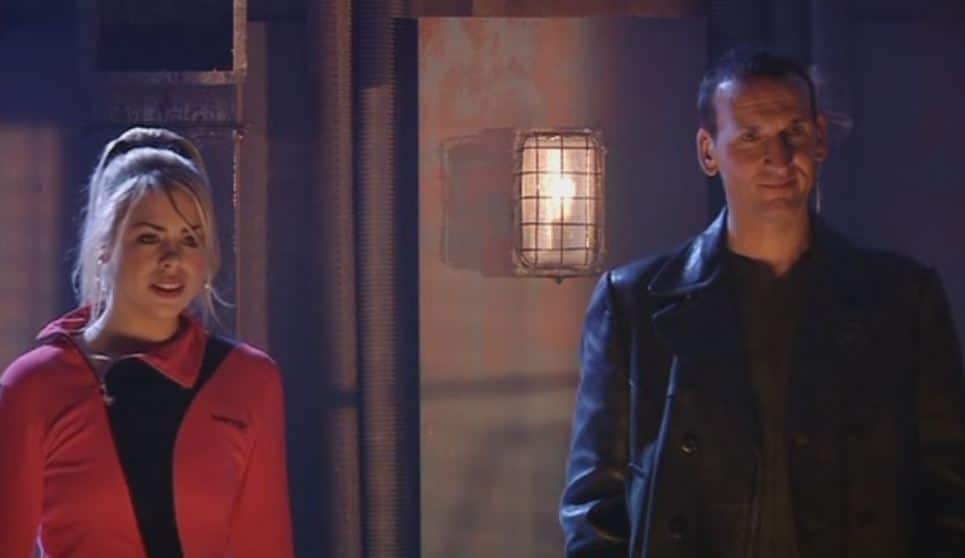 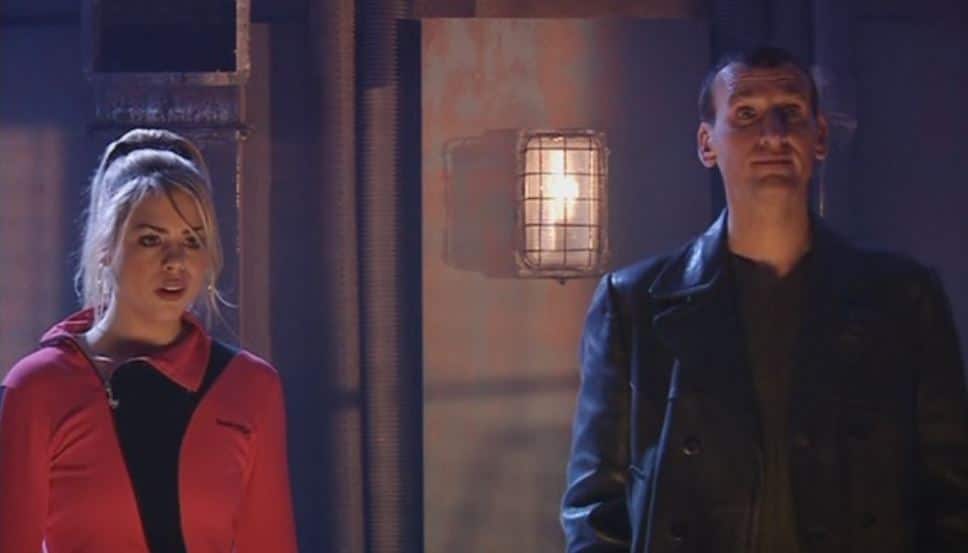 This is still one of my favorite moments of all of Doctor Who.

THE DOCTOR AND ROSE 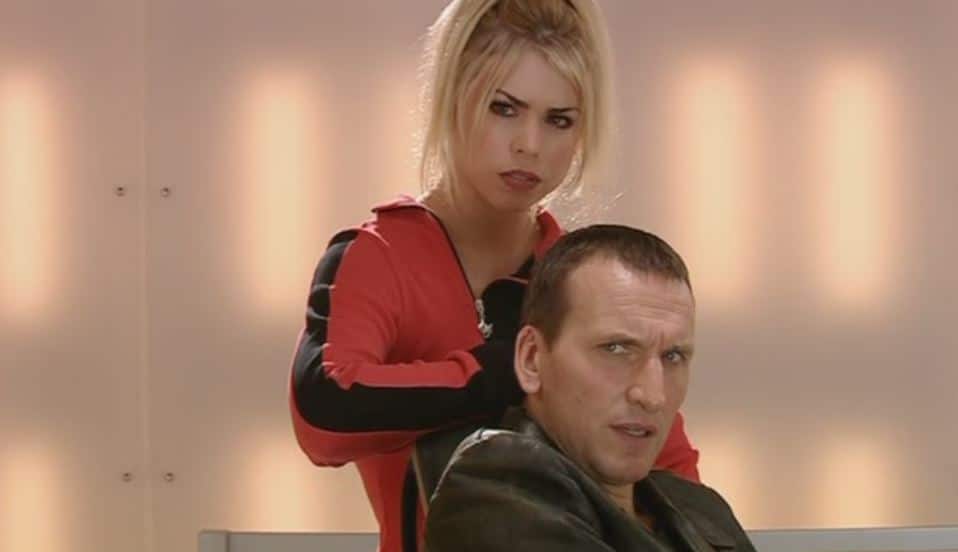 “Trouble?” Rose asks the Doctor. “Oh yeah,” the Doctor answers with a smile, Rose returning the smile in full. 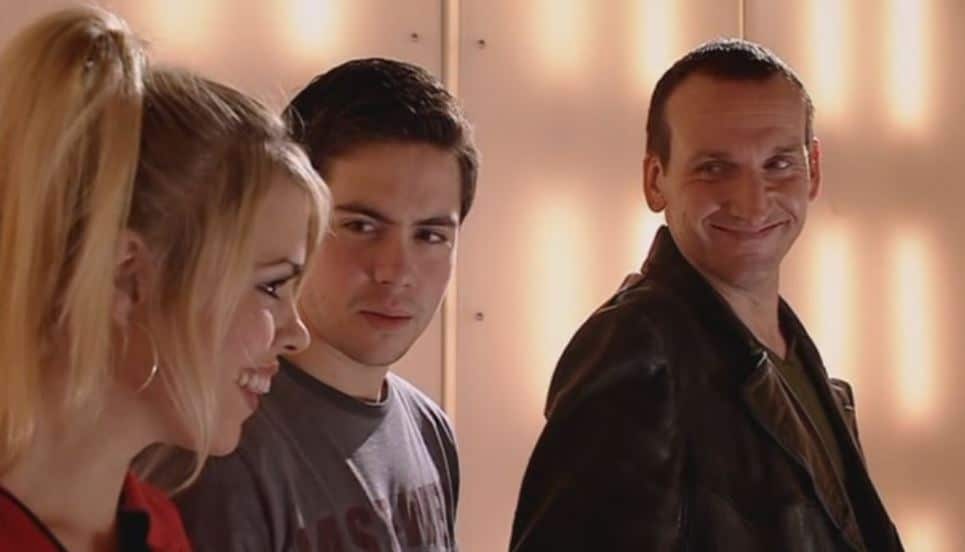 With each of my re-watch blog posts, I keep emphasizing the build-up between the Doctor and Rose. “The Long Game” was no different, bringing the two all that much closer romantically. Even a potential romantic threat couldn’t stand in their way, Adam leaving the Doctor and Rose early on in the episode, saying: 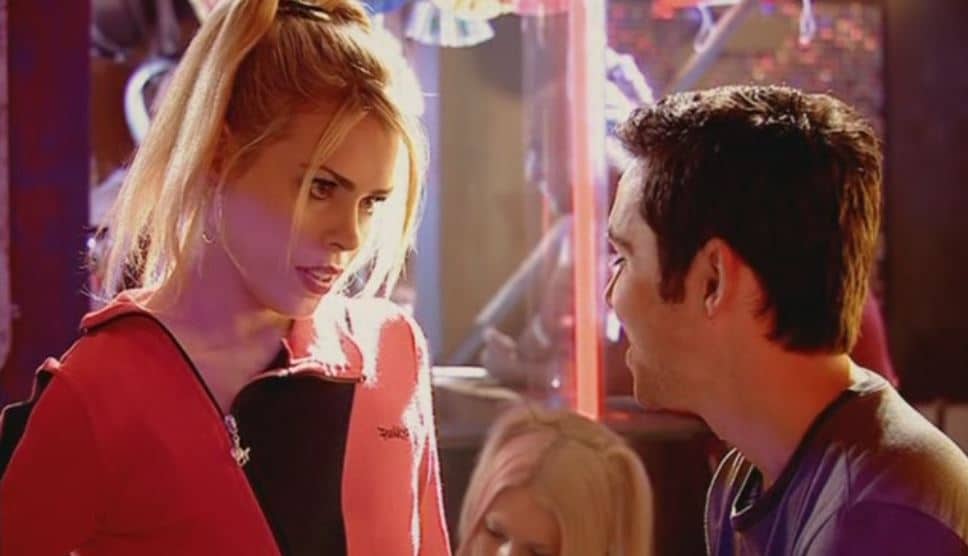 “It’s gonna take a better man than me to get between you two.” I suppose this DOES turn out to be true when you think about it; the human Doctor IS the better man because he changed. THAT Doctor (from a split off timeline) was able to tell Rose he loved her (aloud that is).

And for Rose there really never could be anyone else ever again, this episode beginning to really make Rose’s and the Doctor’s attachment to one another all the more apparent: 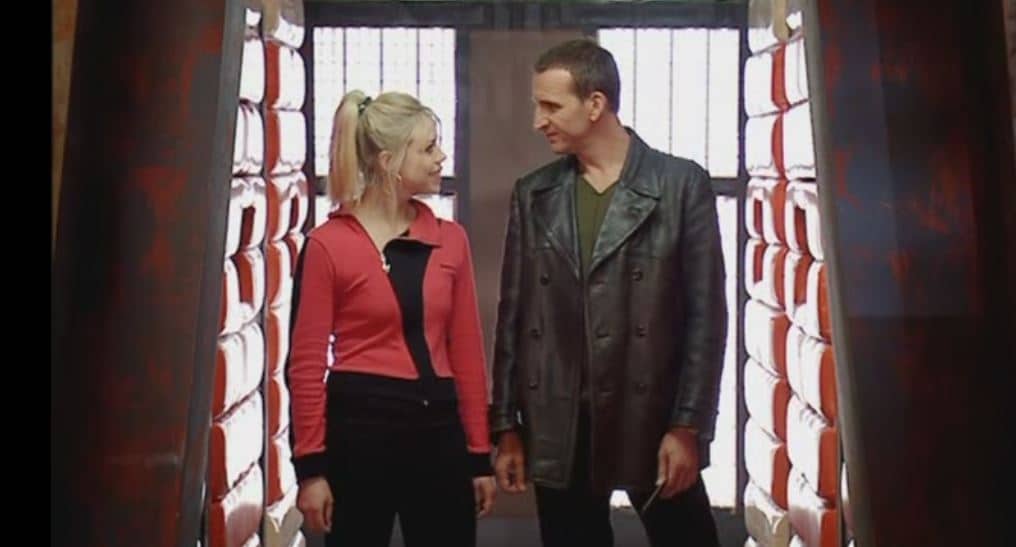 Of course, I wouldn’t have wanted it any other way! 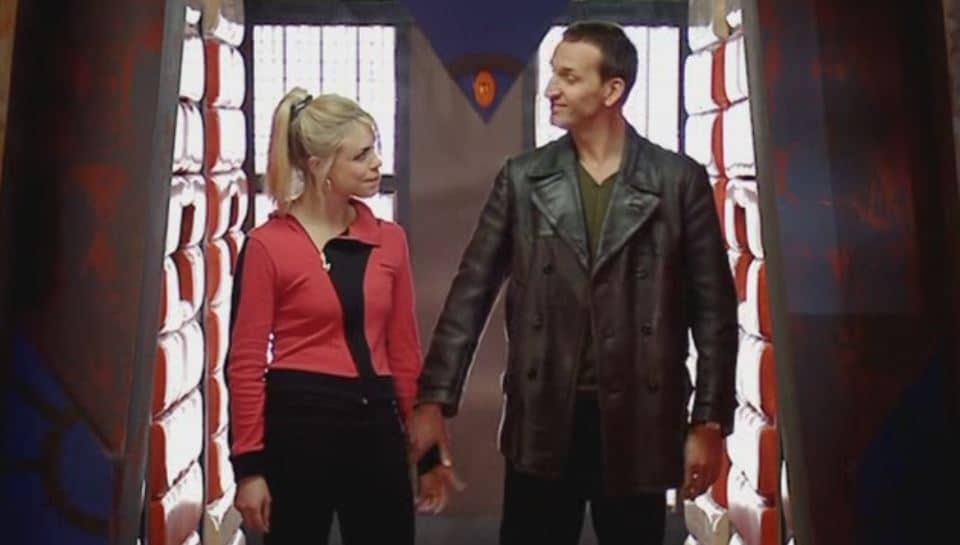 How cute was it when the Doctor and Rose held hands whilst enjoying their investigating together?

Anyone else on re-watch notice that the Face of Bo is pregnant and think how in the world Captain Jack is pregnant, especially with only a head?

What did you think of “The Long Game?” Sound off in the comments…

Read the rest of my blog posts from  Doctor Who Diaries.

Our romance-themed entertainment site is on a mission to help you find the best period dramas, romance movies, TV shows, and books. Other topics include Jane Austen, Classic Hollywood, TV Couples, Fairy Tales, Romantic Living, Romanticism, and more. We’re damsels not in distress fighting for the all-new optimistic Romantic Revolution. Join us and subscribe. For more information, see our About, Old-Fashioned Romance 101, Modern Romanticism 101, and Romantic Living 101.
Pin this article to read later! And make sure to follow us on Pinterest.
By Autumn Topping on April 20th, 2014

1 thought on “Doctor Who Re-Watch: The Long Game”