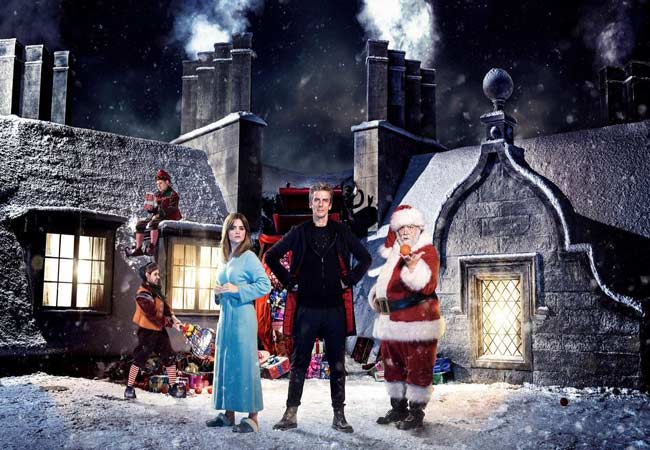 Now, going by the title of the article alone, I want to first emphasize that this is not a Clara hate type of article. It isn’t a “Last Christmas” hate one either. Indeed, I’ve mostly warmed to Clara thanks to the much needed characterization given to her this past season (though I think she was given far too many goodbyes). Moreover, I rather enjoyed “Last Christmas” for the most part (aside from the “Don’t Blink” repetition with the unnecessary addition to the story of “Don’t Think”).

That all being said, after a lot of thinking about this episode about dreams within dreams, I couldn’t help but wonder what if…what if Clara Oswald wasn’t the companion to show up in this dream world? As it is a dream world, the companion choices could have been endless: Sarah Jane (if only…sniff), Rose Tyler, Martha Jones, Donna Noble, Susan, Captain Jack Harkness, etc.

One of the strengths of the episode was surprisingly the emotional sadness behind it. I see loneliness in the idea that when you wake up, you must go back to real life, such as the young woman Shona who wasn’t really a scientist like she had dreamed. How cruel then the dreams became to make you believe in something that just wasn’t? They all believed in Santa Claus again (though the tangerines hint to his existence in the end). Clara briefly believed Danny was alive once more. They all believed they were on an adventure with the Doctor, especially Clara who had said goodbye in the last episode. 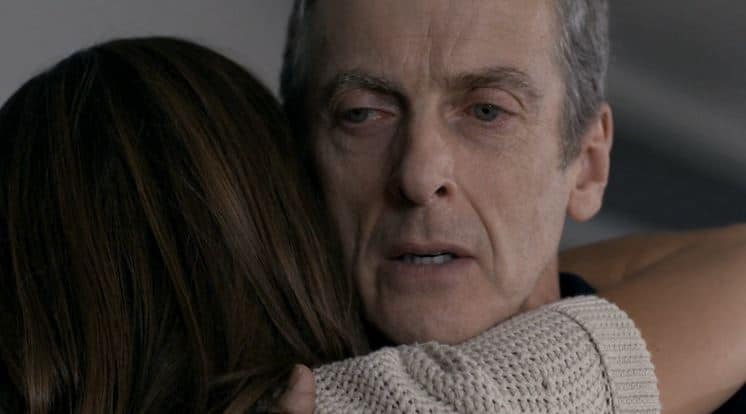 And as a whole, this idea is perfectly sound, and for Moffat had a nice and clear beginning, middle, and end.  The choice of Clara Oswald was quite obvious though, wasn’t it? We had just said goodbye to her and then one episode later she’s back? Imagine if the same choice had been made for Rose Tyler after that emotional goodbye on the beach from “Doomsday?” Imagine if she just showed back up in “The Runaway Bride?” Well, we would have missed out on so much of the Doctor’s characterization. We wouldn’t have felt as much loneliness, as much despair. It would have been too soon.

To me, I can’t help but picture different scenarios based on the premise of “Last Christmas.” The dream monsters slowly killing you are quite clever and one of my favorite Moffat ideas ever (another reason why I believe the “don’t blink” similarities weren’t necessary at all). The main reason I love these monsters so much has to do with the potential storylines. One of my favorite pastimes has to do with just imagining different scenarios whether for my own stories or  the possibilities of stories based on characters others write (especially if I don’t like an ending). The potential of this particular storyline opened up my imagination. Like the adventure said, they all could be anyone, anywhere, and anytime. Who even knew how old they all were? How brave would it have been to include a different companion than Clara? Save her ending for another day and do something a little more daring. For a moment, I want you to imagine my few favorite scenarios (at the end, feel free to share your own)… 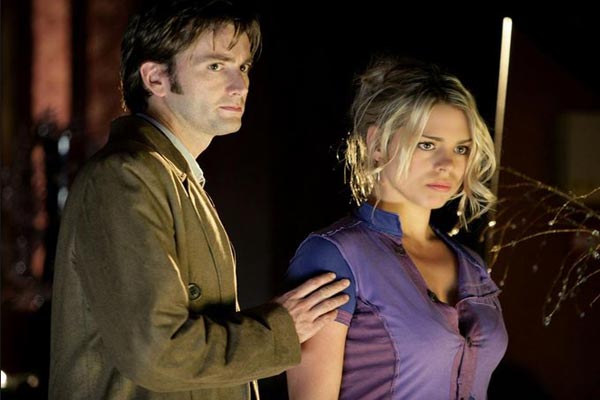 As someone who doesn’t really want Rose’s story messed with, a dream adventure would have been the perfect way to bring the two together once more without changing much at all. In a dream, even parallel universes can’t keep the Doctor and Rose apart. Just imagine Rose having an adventure with the 10th Doctor (this being shocking in itself) only to peel away another layer of the dream and Rose come face to face with the “new” Doctor. They soon begin to realize that they can’t really be there because they are in separate worlds. How sad would it have been for them to spend one “last Christmas” together before they are separated once more? This would be sad, yet romantic in my book, considering how special Christmas was for the two.

Now, I will be the first to admit and confess that I am not as familiar with classic characters of Doctor Who. I’ve heard names, I’ve watched an episode here and there, but haven’t had the time to see it from beginning to end just yet (though I plan on trying eventually). Nevertheless, I do consider classic companions to be just as important as new companions and strongly believe these characters can become just as beloved if introduced in such a brilliant way as “School Reunion” was for Sarah Jane.

Because the plot of “Last Christmas” opens the door for any ages and any times, the ideas for classic companions are endless. Bring them in when they are young so you can use a different actor, or even bring back the same actor/actress to play the part old. How sad could this be for a reunion where age truly is authentic and not contrived like it was for Clara? Time and loss could have been truly ‘felt.’ 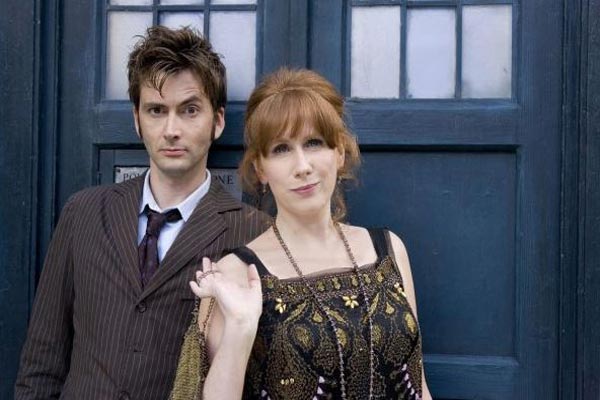 Now as much as I love Rose Tyler, this scenario in my head hurts the most because Donna’s own farewell has to be the most depressing moment of the entire series. “Don’t make me go back,” Donna pleaded to the Doctor, but he had to take away her memories or she would die. She couldn’t remember all the great things she did. She couldn’t ever ‘really’ be happy again. The sadness of this ending still gets to me, but what would happen if she was allowed to have this dream (while of course dying in the process…) and in her dream be allowed to remember the truth?

Just picture Donna and the Doctor together again, and as layers of the dreams came undone, she began to remember that she wasn’t allowed to remember and that once she awoke, she would forget once more the magic of time travel and how wonderful it was to go on adventures with a crazy man in a blue box. Oh, the emotion and tears that would have fallen from the characters and the audience! Just imagine Donna having to go back to emptiness once more. This last Christmas would have been a real emotional roller coaster. 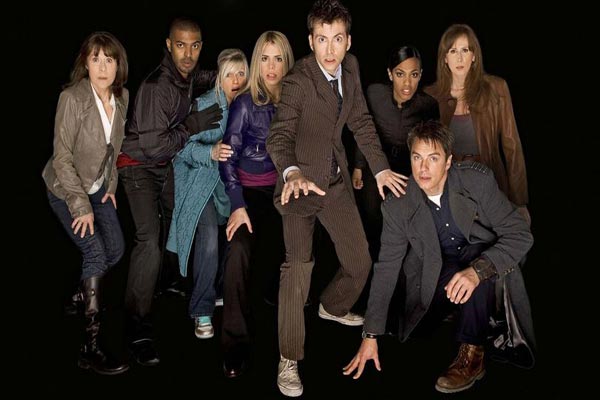 Aside from these three scenarios, I just want to briefly mention the idea of a whole team being there in the dream. Just visualize a little girl as part of the group. Why is she there? Who is she? Well, she wants to be a reporter when she grows up. At the end, reveal she is actually Sarah Jane dreaming she was young again. We get to see Sarah Jane with the new Doctor without using the actress at all. We know that when she awakes, she will go back to being an adult and back to her endless adventures…

Team member #2: Captain Jack Harkness. As an immortal character, we don’t even have to know what time period he lives in, because this is a dream. As more past companions arrive, they begin to wonder what is going on. How could so many of them be there together again? Plus, it is about time Captain Jack made another appearance.

As for the remainder, the possibilities are endless. Amy Pond always loved dreams. Perhaps she could have had one last Christmas with the Doctor while still asleep in her bed in a place the Doctor can never visit. How this fairy tale would have suited her just wonderfully.  Then there is Martha Jones and Mickey. While they love their lives together, the two still long for one “last Christmas” with the Doctor, with the man that changed their lives. Even River Song could return with her timeline just as ambiguous as ever. Add in Rose and Donna and Team Tardis of past companions all spending one last Christmas together would have been one emotional and nostalgic episode (and fun considering all the reactions to the new Doctor). Just picture the sleigh ride full of past companions and their desire to not leave.

Sure, Clara worked (I really did like the episode), but I honestly believe that with just one switch of the button, the episode could have become memorable and surprising. The Christmas spirit of long lost friends reunited once more (if only until they awoke) would have been all the more beautiful and unforgettable.

What did you think of “Last Christmas?” Do you think another companion would have worked better than Clara? Sound off below…

Our Romantic Moment of the Week all about Danny and Clara

Our romance-themed entertainment site is on a mission to help you find the best period dramas, romance movies, TV shows, and books. Other topics include Jane Austen, Classic Hollywood, TV Couples, Fairy Tales, Romantic Living, Romanticism, and more. We’re damsels not in distress fighting for the all-new optimistic Romantic Revolution. Join us and subscribe. For more information, see our About, Old-Fashioned Romance 101, Modern Romanticism 101, and Romantic Living 101.
Pin this article to read later! And make sure to follow us on Pinterest.
By Autumn Topping on January 18th, 2015

1 thought on “Doctor Who Diaries: Was Clara The Wrong Companion for Last Christmas?”