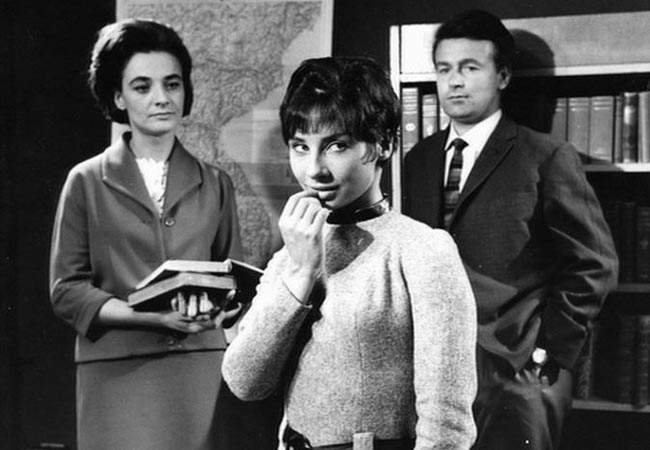 The Doctor and An Unearthly Child

Ever since I first ventured into the world of Doctor Who a few years back, I’ve had a voracious curiosity for Classic Who. You know, the years before Christopher Eccleston, Rose Tyler, and Russell T. Davies. I’ve seen clips here and there but nothing concrete, nothing fully able to suit my growing inquisitiveness into what came before. I finally decided, while scrolling on Hulu, to finally give Classic Who a chance, to start at the very beginning of the Doctor’s journey.

The story begins in 1963, the show following two teachers (Ian and Barbara) at that now infamous Coal Hill School. Curious and worried about a genius school girl named Susan, the two teachers follow her “home,” a place that just happens to be a junkyard with a strange blue box inside and a strange man who calls himself the Doctor.

Right from the start, the cryptic atmosphere draws you into the story much in the same way “Rose” did in 2005 for some and 2011 for me (though certainly not to the same degree). Like Rose and Ian and Barbara, you want to know more about this “Doctor.” After Ian and Barbara enter the junkyard, they soon meet a crotchety old man who mocks their interest and worry about Susan, his granddaughter. This man comes across as mad and just plain rude and unlikable.

Refusing to take a hint and leave, the Doctor then feels he has no choice but to take them on a time travel journey in the blue box Susan named the Tardis. Instead of awe like we often see in New Who, these “companions” have no interest in traveling with the Doctor, at least not yet. In fact, Ian finds it quite hard to believe he’s traveled at all. That is, until they stumble into the caveman past.

The Cave of Skulls and Beyond 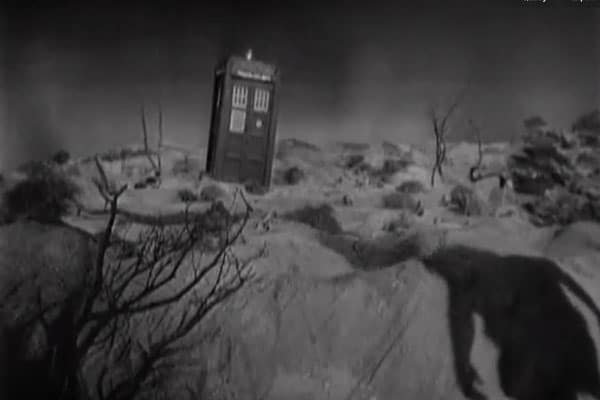 Wanting to finish out the intriguing beginning, I continued on for episodes 2-4. Unfortunately, much of the magic was lost in these 3 parts. To be fair, I’ve always had a particularly negative reaction to all stories cavemen (the least said about Buffy’s “Beer Bad” the better). Still, I had a very difficult time finishing the later 3 parts to this first story of Doctor Who.

For the first time travel story, the Doctor lands amongst a group of cavemen fighting over who will be the next leader (why this was selected as the first destination by the writers is beyond me). In the midst of clan fighting, the Doctor and his companions get taken hostage as the Neanderthals fight about making fire. Making fire is a sign of leadership after all. This back and forth war about fire and the next leader became so tedious I longed to hit my fast forward button (and my own head too).

And, if I’m being completely honest, I absolutely despised everything to do with the cavemen plot and cast of very irritating characters (I mean like nails on the chalkboard irritating). Even Susan got on my nerves with her incessant screaming and screeching. When I read a more recent interview with the actress Carole Ann Ford discussing her displeasure at all the running and screaming “Aagh,” I thought she might have been exaggerating. Too bad she wasn’t (See that interview HERE). 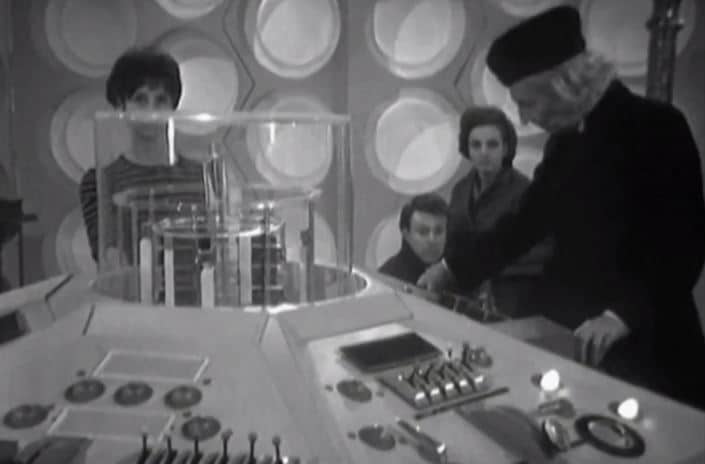 I loved An Unearthly Child because it allowed me a glimpse into the world that started it all. Not only that, but the first episode really was a brilliant piece of storytelling. As for the next 3 episodes all about fire and cavemen, while tedious and slightly torturous, they are still worth watching if one is a huge Doctor Who fan. Sure, these episodes dropped in quality, but the sprinkles of magic and originality to the premise of the show still steeped into nice moments, moments solely belonging to the core characters: The Doctor, Susan, Ian, and Barbara.

One could see the life begin to vibrate in the show’s beginning days (though it falters with new feet). One can see now just why this was a show meant to last as long as it has. Plus, we even get to understand why the Tardis must always be a blue box, this being the episode its camouflage malfunctions.

While William Hartnell is definitely my least favorite Doctor thus far (and I can’t wait to see him change), overall returning to Classic Who is definitely worth your time. Yes, it can be difficult, but it can also be fun too. Just don’t go in expecting New Who and I think you’ll be fine. 1963 is drastically different from 2015 for instance. The female characters and even companions don’t get as much characterization, and the silliness of Susan (who is immensely bright) comes across as quite dated. So, take the time into consideration and venture into the Doctor’s past with this in mind. While not as enchanting as New Who’s beginning with “Rose,” “An Unearthly Child” is definitely enchanting in its own right.

Hopefully, the next series of episodes will prove more engrossing from beginning to end. I am entirely curious about the Daleks’ first introduction into the series. So, coming soon: my look into “The Dead Planet.” I also plan to return to my Doctor Who Rewatch (2005 and on) around July.

What do you think about “An Unearthly Child?” Any suggestions for the most important William Hartnell episodes? Sound off in the comments?

Our romance-themed entertainment site is on a mission to help you find the best period dramas, romance movies, TV shows, and books. Other topics include Jane Austen, Classic Hollywood, TV Couples, Fairy Tales, Romantic Living, Romanticism, and more. We’re damsels not in distress fighting for the all-new optimistic Romantic Revolution. Join us and subscribe. For more information, see our About, Old-Fashioned Romance 101, Modern Romanticism 101, and Romantic Living 101.
Pin this article to read later! And make sure to follow us on Pinterest.
By Autumn Topping on April 19th, 2015