I realize the fact that Disney released their first teaser trailer earlier this week for their 2017 live-action version of Beauty and the Beast is “old news.” However, when you speak the universal “fairytale fangirl” language, discussing these things, no matter the number of times, is never too many.

As the definition of “teaser” would suggest, the trailer (clocking in at over a minute), wisely, says everything without giving away anything. There’s something beautiful about the few frames captured in the teaser. I’m beyond impressed with the manner in which Disney is teasing their live-action adaptations. Thus far, they’ve done everything right and it’s been wonderful. In case you are unfamiliar with this film, it’s going to be a live-action adaptation fashioned (by all account) after Disney’s Oscar-winning animated adaptation, Beauty and the Beast. The star-studded cast includes Emma Thompson as Mrs. Potts, Luke Evans as Gaston, Ian McKellen as Cogsworth, Dan Stevens as the Beast and Emma Watson as Belle.

Today, I wanted to take a look at what we learned from the teaser trailer. Because like I said, is there ever a case for talking too much about this kind of production? I didn’t think so. Without further ado, let’s look closer at the extravaganza Disney is inviting us to March 2017. Before we take a look at my five observations, here’s an abbreviation of how Disney’s official site describes the film:

Disney’s “Beauty and the Beast” is a live-action re-telling of the studio’s animated classic which refashions the classic characters from the tale as old as time for a contemporary audience, staying true to the original music while updating the score with several new songs.

Directed by Oscar® winner Bill Condon from a screenplay by TBD based on the 1991 animated film, the film is produced by Mandeville Films’ David Hoberman and Todd Lieberman with eight-time Oscar-winning composer Alan Menken, who won two Academy Awards® (Best Original Score and Best Song) for the 1991 animated film, providing the score, which will include new recordings of the original songs written by Menken and Howard Ashman, as well as several new songs written by Menken and three-time Oscar winner Tim Rice. “Beauty and the Beast” will be released in U.S. theaters on March 17, 2017.

Beauty and the Beast Teaser Trailer

Though it was probably a longshot, I couldn’t help wishing that there was some small chance we’d glimpse Dan Stevens’ Beast in this. Even if only in shadowed forms. Sadly, we don’t. Props to you, Disney. 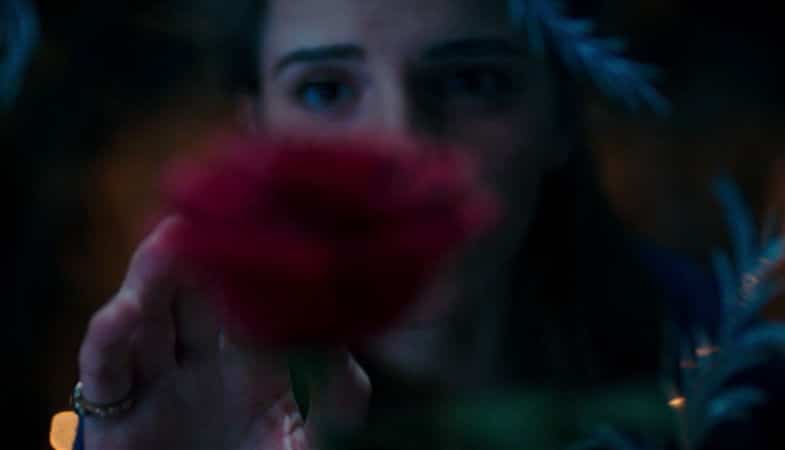 We just barely see a glimpse of Emma Watson’s Belle. I’ve not seen Emma in a great deal, but I’ve little doubt she’ll be amazing in this role; she’s been quoted in interviews saying her dream came true with this role. Well, of course, I don’t blame her. Who wouldn’t love playing an iconic heroine? 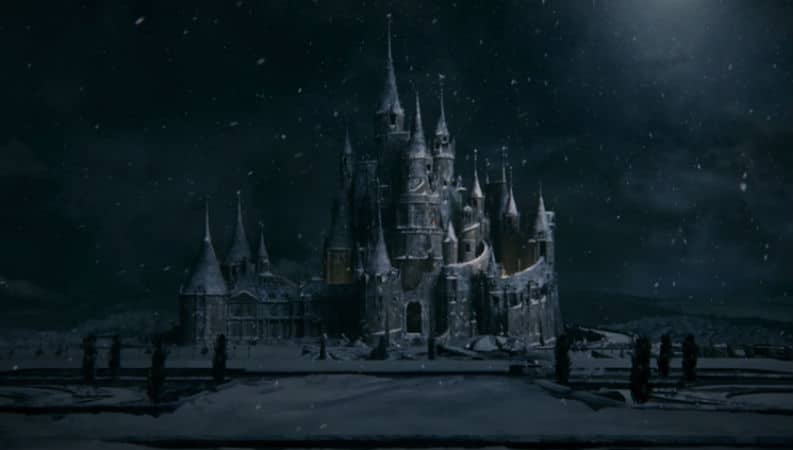 Can we just appreciate how beautiful this castle appears to be? If this trailer is an inkling of what the full film will look like, set crews outdid themselves, or at the very least, when it comes to the internal visuals they did since some form of CGI is likely involved. This is particularly evident since the castle is probably the star of this teaser.

I love that Disney is putting timeless classics to the test by remaking them for the modern era with a live action adaptation. To me, as an adult, it’s these that really enchant and leave me wonderstruck. Of course, the animated films are all well and good, but (for me) they don’t compare to the beauty I discovered in Cinderella (2015).

Purists are worried about this being somehow too different in comparison to the 1991 original, but I do think one thing that will assuage fears is the familiar strains of the beloved music. Everything is supposed to be much the same as the score, including the many beloved songs remaining intact.

All of this to say the following; this is going to be an unforgettable experience. Disney struck gold with the beautiful adaptation of Cinderella last year, and everything about Beauty and the Beast is following in its footsteps. From the voiceovers we hear in the trailer (these include Belle, Cogsworth and Lumiere) to the closing music of the timeless ‘Beauty and the Beast,’ I was captivated. So far, there’s every reason to think this will be, quite possibly, as good as or better than the magical fairytale (as interpreted by Disney) of Disney’s Cinderella. Relive the trailer (for reasons) below.

What do you think of this first look at Disney’s Beauty and the Beast? Are you excited, skeptical or disinterested? I’d love to read your thoughts, either way.

Our romance-themed entertainment site is on a mission to help you find the best period dramas, romance movies, TV shows, and books. Other topics include Jane Austen, Classic Hollywood, TV Couples, Fairy Tales, Romantic Living, Romanticism, and more. We’re damsels not in distress fighting for the all-new optimistic Romantic Revolution. Join us and subscribe. For more information, see our About, Old-Fashioned Romance 101, Modern Romanticism 101, and Romantic Living 101.
Pin this article to read later! And make sure to follow us on Pinterest.
By Rissi JC on May 28th, 2016