We all know this story. Rich boy meets everyday girl. They fall in love. Boy takes girl home to meet his family. Disapproving mom disapproves of the girl from the “wrong” family. It’s the classic plot of a romantic comedy. But, in Crazy Rich Asians, it’s anything but typical.

New Yorker Rachel Chu (Constance Wu) is a Professor of Economics. She’s smart, gorgeous, and funny. She and her boyfriend, Nick Young (Henry Golding), travel to Singapore for his best friend’s wedding. And, to introduce Rachel to Nick’s family. However, Rachel’s visit takes a turn when she learns that Nick left out the fact that he is the heir of the wealthiest family in Singapore. Oh, and its most eligible bachelor. Soon, Rachel finds herself the object of scrutiny from jealous childhood friends and Nick’s mother (Michelle Yeoh). 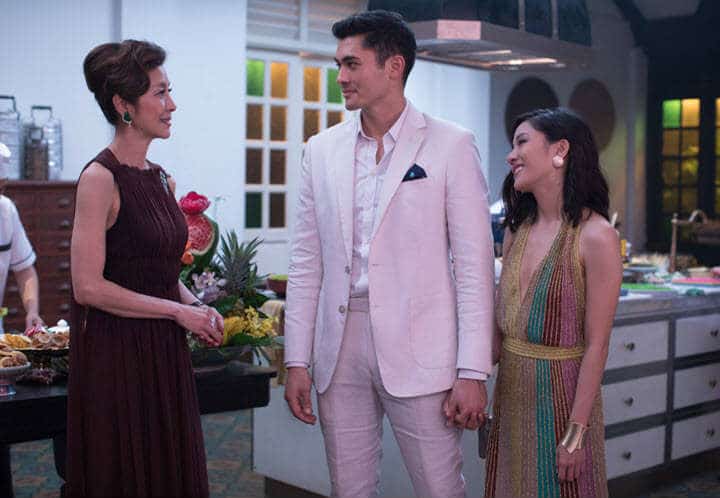 As soon as the news hit that Crazy Rich Asians was going to Warner Bros., wary eyes turned to casting. Hollywood’s reputation for representation in film was in question. And, while not all casting news was met with 100 percent approval; in the end, the chosen actors fit the film perfectly. With the venerable Michelle Yeoh, relative newcomers Constance Wu and Henry Golding, as well as breakout (and scene stealer!) Awkwafina, Crazy Rich Asians soars. Although we all know how this film will end, the journey is uniquely its own. 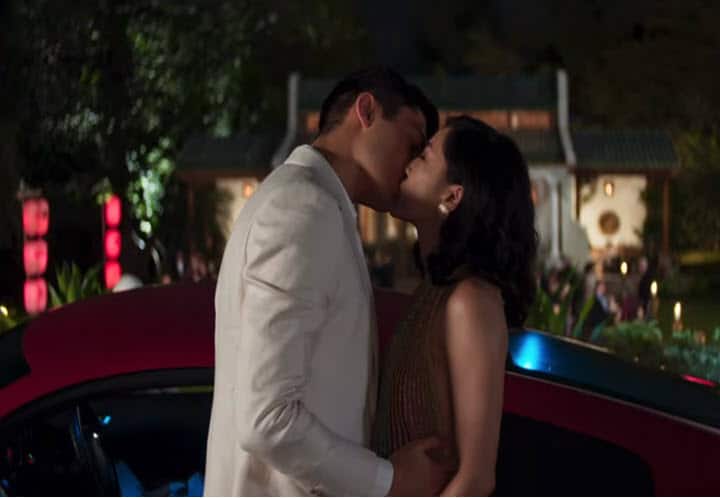 This movie hits every romantic comedy note perfectly. It’s fun and visually stunning. While it harkens back to romantic comedies of the 90s, Crazy Rich Asians gives the genre a fresh new spin. We don’t see when boy meets girl. Instead, we see a lovely romance already in play. One that is ready to move to the next level.

Nick has perfect leading man appeal. Not only is he handsome, he’s also kind and clearly adores his crazy family. Rachel is everything we want in female characterization. She’s funny and beautiful. Moreover, she is confident. Together, Nick and Rachel bring charm and tenderness to the movie. Their romance is at once sweet and sexy. Golding and Wu’s chemistry is phenomenal, giving Crazy Rich Asians its emotional beats.

In every good romantic comedy, there’s a “villain.” Michelle Yeoh is perfection in her role as the “villain” mother. In particular, the scenes where Yeoh is silently observing the room, with that all-seeing stare, says more than the dialogue. Her expressions carry so much emotion. Yeoh’s portrayal of Eleanor Young was as coldly elegant as it was passionate.

Adding to the fun is the crazy rich side of Nick’s family and friends. It’s over-the-top perfection. From a not-so-simple, gold lame jumpsuit to bachelor/bachelorette parties in the middle of the ocean or on a private island, the excess is fabulous! Beautiful gowns, tailored suits, and glittering jewels all make an appearance. It catches the eye as much as the insanely talented cast.

Beneath it all, though, is the underlying theme of being true to yourself. Rachel navigates this strange, new world secure in her own skin. She doesn’t change to fit in but rather finds the humor in it all. Until it hits close to home. Then, Rachel discovers what it truly means to love and to sacrifice for family. Last, and certainly not least, Crazy Rich Asians doesn’t leave tradition behind. It’s truly a story of cultural ties, family, and love. What it means to sacrifice for the family you are born to, the one you are hoping to create, and the one that means the world to your partner.

Overall, Crazy Rich Asians marks the triumphant return of the romantic comedy. You’ll fall in love with Nick and Rachel, their friends and family, and the traditional notion of family responsibility. Don’t wait for Crazy Rich Asians to come to your favorite streaming service or DVD. Get to the theater, grab a snack, and escape into this classic romantic comedy!

Catch Crazy Rich Asians at a theater near you!

Have you seen Crazy Rich Asians? What did you think? Sound off in the comments below!

(Scroll down for the Full Old-Fashioned Romantic Breakdown!)

Our romance-themed entertainment site is on a mission to help you find the best period dramas, romance movies, TV shows, and books. Other topics include Jane Austen, Classic Hollywood, TV Couples, Fairy Tales, Romantic Living, Romanticism, and more. We’re damsels not in distress fighting for the all-new optimistic Romantic Revolution. Join us and subscribe. For more information, see our About, Old-Fashioned Romance 101, Modern Romanticism 101, and Romantic Living 101.
Pin this article to read later! And make sure to follow us on Pinterest.
By Catherine on August 20th, 2018