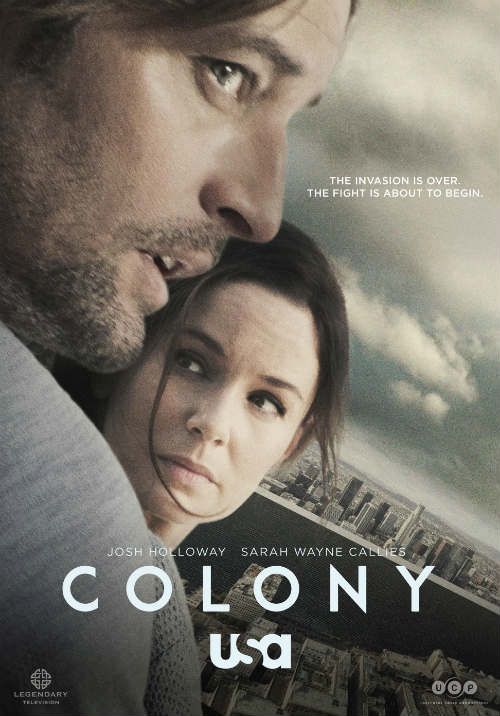 Typically, when I think dystopian, I associate the world with that of the young adult books genre and their film adaptations. This is why watching something that has a definite adult angle, yet is set in that type of world was curious. Casting familiar TV face, Josh Holloway, USA Network premiered a new show for the 2016 midseason called Colony. Stepping inside its world is exhilarating yet terrifying.

The story introduces us to the normal Sullivan family. A family who enjoys teasing their kids before school and morning chores picking oranges off of their backyard tree of their Californian home. But something is not right. They aren’t free as a normal family would be. Father Will (played by Holloway) is ready to leave for work as he watches his wife, Katie (Sarah Wayne Collies) looking lovingly at a photograph where three children smile back at her. The Sullivans live in a contained experiment where “hosts” are keeping citizens enclosed in a kind of block. During the invasion, the Sullivans were separated from their 12-year-old son.

What Homeland (the “law” of the block) doesn’t know is that Will was once a renowned FBI agent with a talent for finding people. During his attempt to escape and find his young son, the rebel resistance sets off an IED, killing a dozen people. This leads to Will receiving an offer – one he cannot refuse. He either reverts back to his old life, hunting the resistance or his family is going to be sent to “the factory.”

Few shows really hook their viewer in the span of the inaugural forty-five minutes. For the most part, I’ve found a TV show deserves at least 2-3 episodes before we write them off. Colony suffers no such fate. I was intrigued before ten minutes passed, questioning everything without questioning everyone, and wondering where each teased thread was heading.

The cast is quite good with a cornerstone in TV veteran Josh Holloway (ABC’s long-running and popular Lost and CBS’ fleeting Intelligence). He carried the show nicely, bringing me, as a viewer, along for a compelling journey with a family out for survival. Callies was equally well cast; depending on where her characterization goes, I liked the chemistry between her and Josh. Though married, the attraction in the writing is there with lots of friction underlying the happiness, and given the way the plot sets up, theirs could transfer into a complicated relationship. Also, a fun surprise was seeing Amanda Righetti (The Mentalist) appear in the pilot. 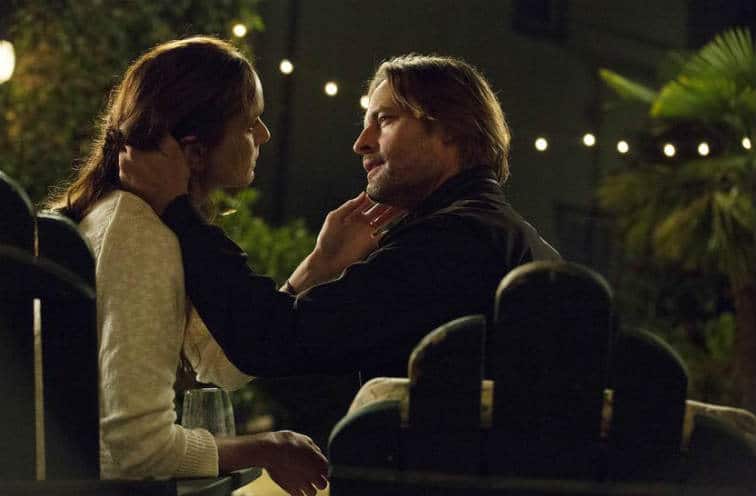 Interestingly enough, I think this show is something of a departure for the USA network. As an avid fan of this network with favorites like White Collar, Burn Notice and Royal Pains, paying attention to the shows on USA is a habit of mine. Whereas their former shows worked to retain a happier outlook, this has the notable distinction of becoming much darker. The pilot doesn’t suffer this fate overmuch thanks to daylight filming and recognizable skyscrapers.

Overall, if you like futuristic worlds that are grounded in understandable rules, not to mention a world that has a familiar appeal (the scenes and sets still look nearly ordinary albeit the city is under armed guard), then perhaps Colony is worth a look. I thought the pilot was a promising start to something I’ll tune into again. Whether or not it builds on that potential remains to be seen.

Content: there is one sex scene between a married couple along with the removal of clothing. It’s not overly graphic (and is fueled by relief a spouse isn’t dead), but is definitely in need of the TV14 rating this show sports.

Did you watch Colony? What were your impressions? Sound off below…

Our romance-themed entertainment site is on a mission to help you find the best period dramas, romance movies, TV shows, and books. Other topics include Jane Austen, Classic Hollywood, TV Couples, Fairy Tales, Romantic Living, Romanticism, and more. We’re damsels not in distress fighting for the all-new optimistic Romantic Revolution. Join us and subscribe. For more information, see our About, Old-Fashioned Romance 101, Modern Romanticism 101, and Romantic Living 101.
Pin this article to read later! And make sure to follow us on Pinterest.
By Rissi JC on January 15th, 2016