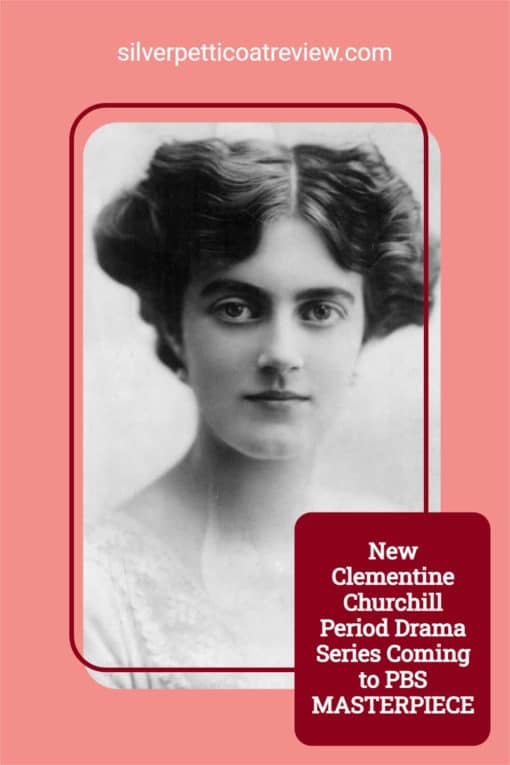 During the virtual Television Critics Association (TCA) press tour on July 28, 2022, MASTERPIECE Executive Producer Susanne Simpson made an exciting announcement: A New limited drama series about the life of Clementine Churchill, British Prime Minister Winston Churchill’s wife, is being developed for television by PBS and MASTERPIECE.

ABOUT THE CLEMENTINE CHURCHILL PBS SERIES

Maven Screen Media and PBS’ MASTERPIECE (alongside Origin Pictures and Sayoko Teitelbaum) are developing the series with the award-winning writer behind Warm Springs and Boardwalk Empire, Margaret Nagle, writing the original scripts; so expect a high-quality production.

Other producers on board include Celine Rattray, Trudie Styler, David Thompson, Sayako Teitelbaum, and Susanne Simpson.

The working title for the PBS original series is Mrs. Churchill. PBS has not announced the cast or made any announcements on air dates yet.

Each episode of the limited series will follow Clementine through pivotal moments of her life. Raised by an unstable mother in relative poverty caring for her siblings, Clementine became a suffragette working two jobs. Known as the “Broke Beauty,” she refused to marry for money or to a man she didn’t love.

The series will follow her courtship with Winston and struggle with motherhood, her broken relationship with her young niece, Diana Mitford, who was brainwashed by fascism, her pivotal relationship with American Harry Hopkins (FDR’s conscience) who held the purse strings to (yet to be created) Land Lease, ensuring England could survive against the Germans until America joined the war, and a climactic trip to Russia where she goes toe to toe with Stalin.

The show will be a window into one of history’s most remarkable and complicated women.

If you love watching historical dramas about the untold stories of incredible women from history, it sounds like the new Clementine Churchill drama from PBS will be quality entertainment.

According to PBS, this series will tell “the untold story of a fiercely independent and very modern heroine who risked everything to save her country and the world from fascism–and her husband from himself. Clementine’s story has slipped through the cracks of history. The magnitude of her many achievements are only recently being recognized.”

It sounds just like our cup of tea here at The Silver Petticoat Review!

“Winston has said that the Second World War would have been impossible without Clementine, and yet she has not been given the credit she deserves. We are thrilled to be working with MASTERPIECE and developing a series about this complicated, extraordinary woman.”

Susanne Simpson added that they believe “Our MASTERPIECE viewers will be enthralled by this historical drama about a fiercely independent woman who influenced the course of world history… Margaret Nagle is the perfect writer to tell Clementine’s true story, and we’re proud to be partnering with Maven on this compelling series.”

All in all, this is welcome news for period drama fans! It’s time for Clementine Churchill to get the credit and attention she deserves, and we can’t wait to see what we hope will be a captivating series about an extraordinary woman.

MASTERPIECE is produced for PBS by GBH Boston.

What are your thoughts about this new Clementine Churchill PBS series? Do you plan to watch it? Let us know what you think in the comments below.