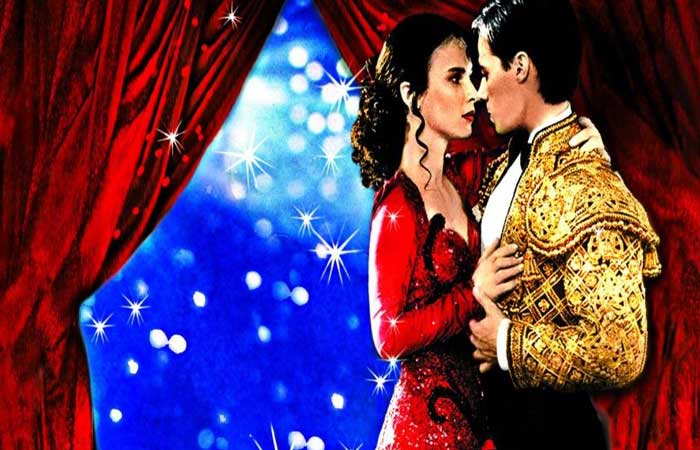 Strictly Ballroom is one of my favorite movies of all time. It’s an Australian based film that was released in 1992 by Baz Luhrmann (Moulin Rouge). The movie follows the glamorous world of competitive ballroom dancing. Scott is the rising star that comes crashing down after a disastrous dance performance where he tries to dance his own steps. He connects with Fran, an awkward beginner, who encourages him to dance his own way, to dance how he feels rather than how the establishment claims he should.

Scott and Fran begin practicing with each other in secret so they can enter the Pan-Pacific Grand Prix. During another contest, however, Fran learns that his parents and the dance committee want Scott to team up with Tina Sparkle, a champion, something she isn’t. Fran is depressed and hides out backstage. Thankfully, Scott finds her.

This sets the scene for the romantic moment,

The Romantic Moment: Scott and Fran

Fran watches Tina Sparkle and Nathan dance behind the curtains. When Scott catches up to her, he reassures Fran that he had no idea about Tina becoming his partner. Fran admits that it would be a good opportunity for Scott. Her eyes are fixated on the champion duo’s dance outside. She doesn’t believe that she could ever dance like Tina Sparkle. That is when Scott takes her hand and the two begin to dance. 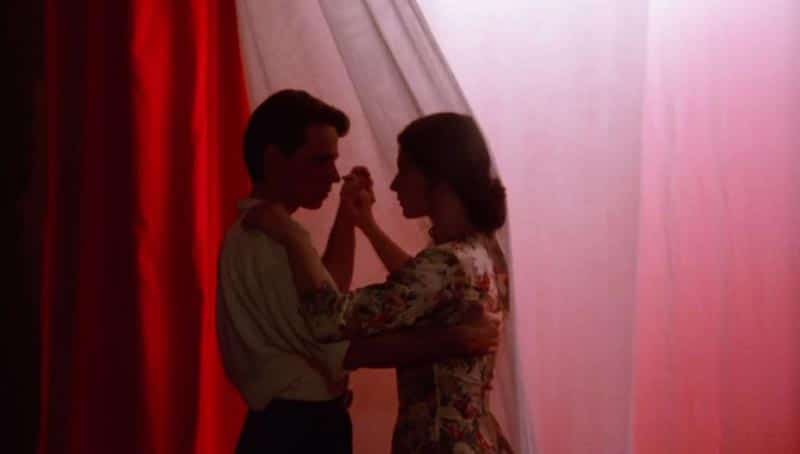 Scott and Fran begin to dance along sheer curtains as Doris Day’s “Perhaps Perhaps Perhaps” plays. The two maintain intense eye contact, never breaking away to glance elsewhere. You can read the intense connection between the two. Dancing is the best way Scott and Fran can communicate their feelings for one other. 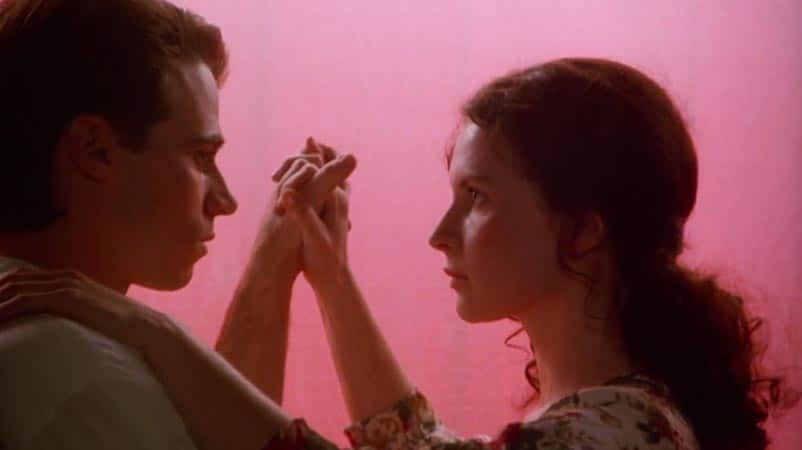 Scott and Fran continue their intense dance, as it begins to draw the attention of other people backstage. However, they are oblivious to their surroundings. Their eyes are only for each other as they spin and twirl in only their secret universe. Scott and Fran execute the perfect romantic dip. 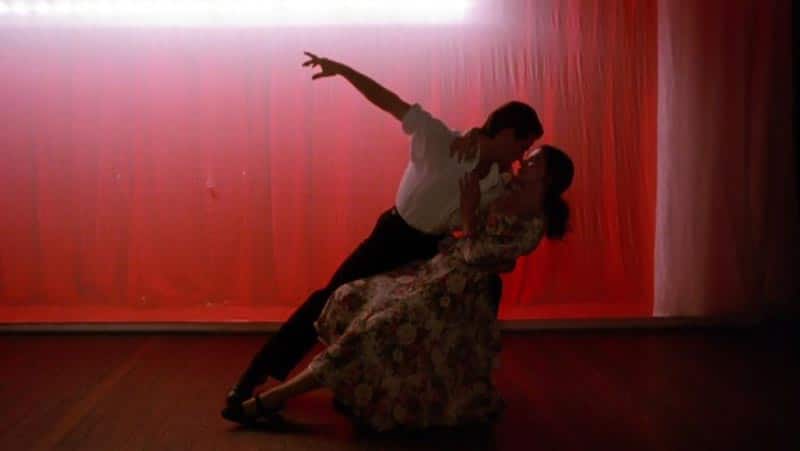 Scott and Fran’s dance continues to attract more attention backstage. Scott’s parents finally show up and stare in shock as Scott dances with Fran. The romantic atmosphere continues to grow as the two get close enough to kiss. The look and Scott’s hand touching Fran’s face in the midst of the intense dance speaks more than a kiss ever could. 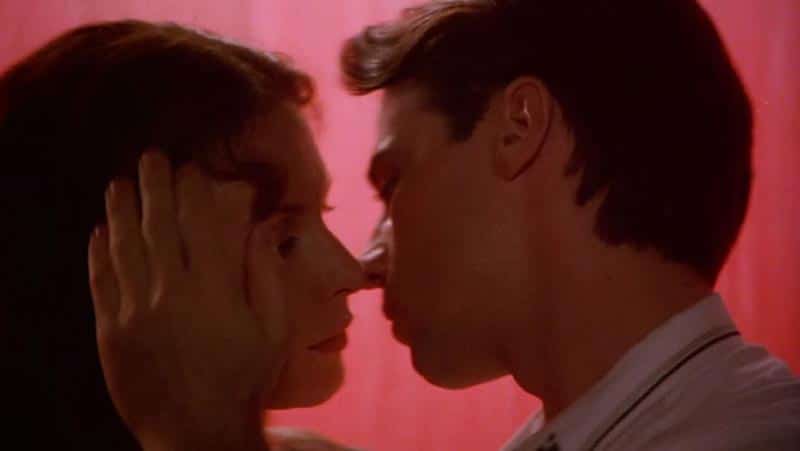 The music continues to dance to their tune, not the other way around. Scott and Fran are present only with each other during the dance. The crowd grows as people are either shocked or amazed at the sight of the two dancing with one another. Barry Fife and Charm, leaders of the Ballroom dance world, even see the two dancing. He sends her to investigate what is going on. Scott and Fran are unaware of the stir they are causing as they wordlessly dance on. 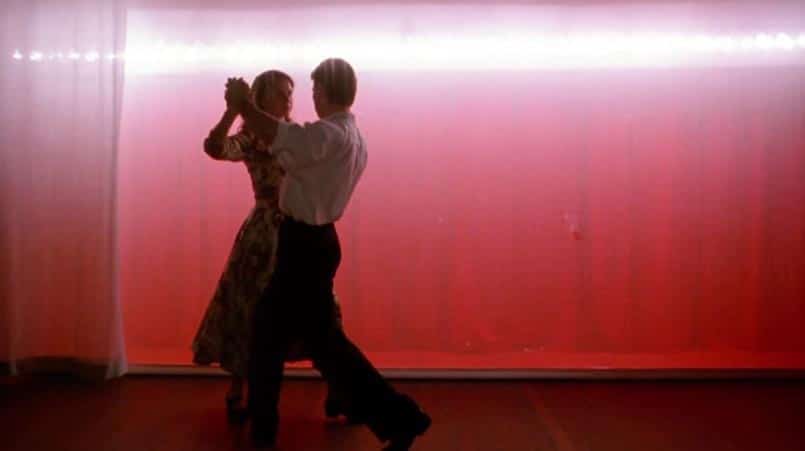 Scott and Fran’s romantic dance continues until his ex-partner Liz interrupts and causes Fran to lose her concentration. She falls and everyone backstage rushes in to do damage control. Even though the romantic moment is cut short, the impact on Scott and Fran is long lasting. Strictly Ballroom has many romantic moments to offer, but this one is my favorite. Feel the love and go watch this class if you haven’t. Or rewatch if you want to relive the romance.

What’s your favorite romantic moment between Scott and Fran in Strictly Ballroom? Sound off below…

Our romance-themed entertainment site is on a mission to help you find the best period dramas, romance movies, TV shows, and books. Other topics include Jane Austen, Classic Hollywood, TV Couples, Fairy Tales, Romantic Living, Romanticism, and more. We’re damsels not in distress fighting for the all-new optimistic Romantic Revolution. Join us and subscribe. For more information, see our About, Old-Fashioned Romance 101, Modern Romanticism 101, and Romantic Living 101.
Pin this article to read later! And make sure to follow us on Pinterest.
By Mandi Harris on May 21st, 2016