The Moment: James and Katie are Reunited

THE BUILD UP: THE DECOY BRIDE 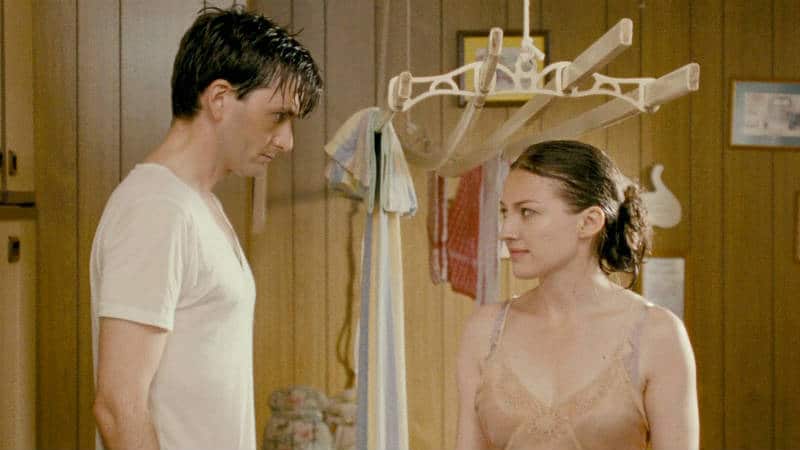 Our heroine, Katie, is a young woman who finds herself back on the island of Hegg after desperately trying to leave it. Previously, Katie worked in Edinburgh, writing for an online catalog company and was engaged to a guy who performed in a band. When he cheated on her and told her that she was just one song, not an entire album, she went home to care for her sick mother and mend her broken heart.

While Katie is adapting to life on Hegg, movie star Lara Tyler and author James Arber find themselves on Hegg in an attempt to have their wedding free from the eyes of the determined paparazzi. When Lara realizes that they’ve been discovered by the paparazzi, she runs away before the wedding. 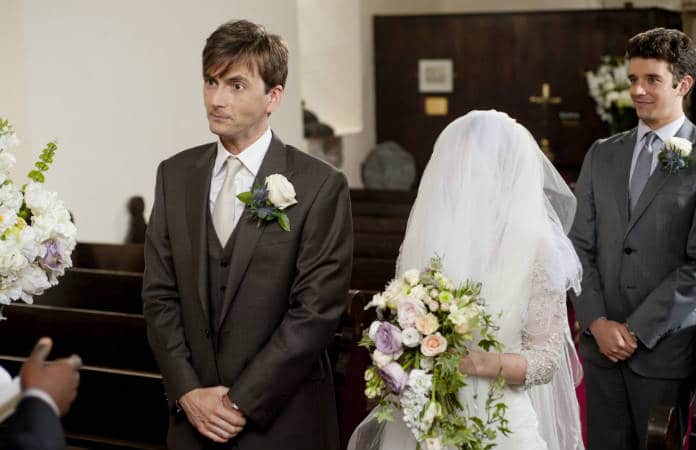 To throw the paparazzi off of Lara’s trail, Lara’s agent Steve convinces Katie to pose as Lara during the ceremony. Hence the title, The Decoy Bride. Of course, because it’s a romantic comedy, James and Katie accidentally end up married. 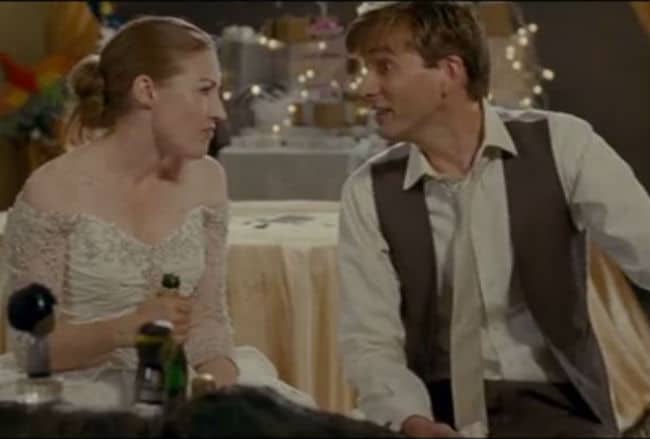 They immediately butt heads about his novel, her work as a writer, their situation, and the fact that Katie’s mother, Iseabail, called the paparazzi about Lara and James’ wedding. James and Katie set out to become divorced so he can marry Lara, but as they spend time together, their mutual dislike grows into a mutual, though reluctant, attraction. 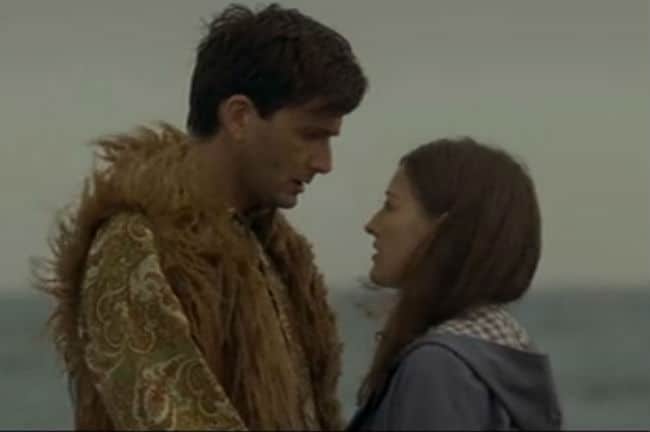 As they travel to the wedding and their divorce, their lives will be changed forever.

THE ROMANTIC MOMENT: Katie and James Are Reunited on the Pier

James leaves Hegg and the story flashes forward to a year later. James has written his second book, which has the following dedication, “To My Wife: A Chapter Can Be a Book.” As Katie’s guidebook to Hegg takes off, she is suddenly in demand as a writer of guidebooks and the second edition of her guidebook is published as Hegg becomes a travel destination.

Meanwhile, Katie is in the process of leaving Hegg when she sees a familiar face just arriving. It’s James! The two communicate by yelling, James from the pier and Katie from the boat. James finally gets the idea to radio the boat. Katie ultimately comes back after hearing his dedication from the book to her. 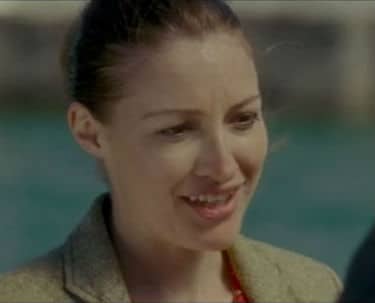 He’s a little hurt that she didn’t read his book, but she tells him that she couldn’t bring herself to read it, especially because she thought that the man she fell in love with wrote it for his wife and all. He tells her that he hopes she will read it, someday. 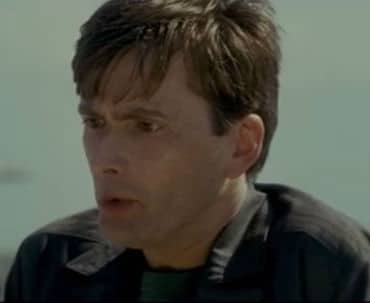 Apparently, there’s a character that’s very similar to her in it. Katie listens, heart in her eyes, as James tells her the story is about a man who was stupid enough to let someone he loved get away and how the character lost someone amazing. 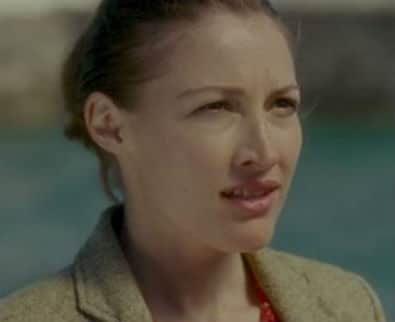 This changed the character forever because he realized he could not go on with his life without her in it. When Katie looks at him in surprise, he tells her that the best authors write about what they know. Inwardly in this moment, the audience cheers because this means James has figured out that he loves her. 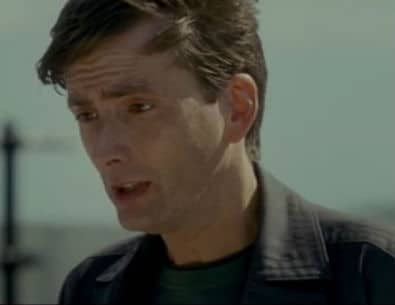 He adds that because he was writing about what he knew, obviously, he set the story during the Spanish Civil War. 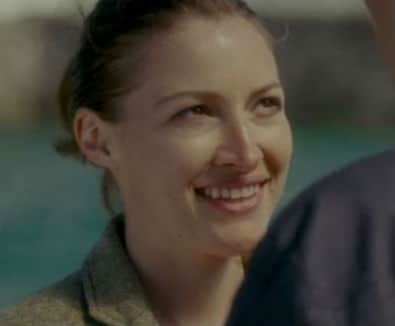 Katie laughs but has a question for him. The last time Katie saw James, he was off to marry Lara. What happened? James reassures her that Lara is fine; the two of them talked and realized that they actually were not a good fit. He then goes on to tell Katie that he read her guidebook and quite enjoyed it, even though he made fun of it when they first got married. 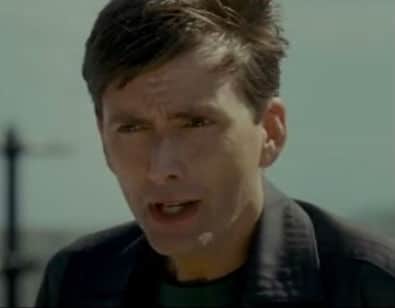 She’s a bit embarrassed, because apparently when she was heartbroken and annoyed she didn’t say the nicest things about him or his first book. To be fair, the film points out, many times, that James’ first book was pretty bad. James tells her that he loves to get intelligent feedback about his work, reminding her of her ex-fiance, who did not. 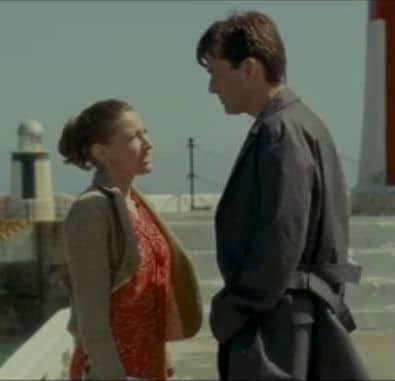 Katie asks James why he’s back on Hegg, clearly hoping it’s for her. 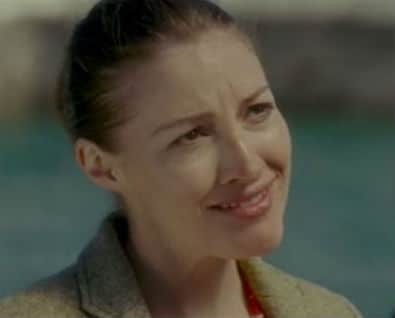 With a straight face, he references the conversation that they had with the Reverend before their divorce about the loopholes for divorce on Hegg; he tells her that he’s on a sheep stealing raid. 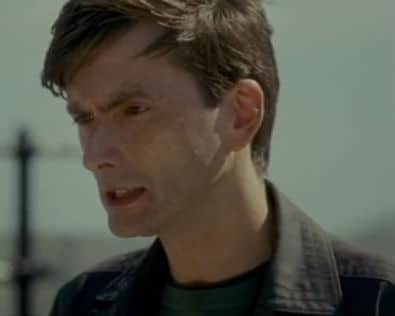 Of course, he might grab a wife, like the ginger brutes of Barra did in the old days, 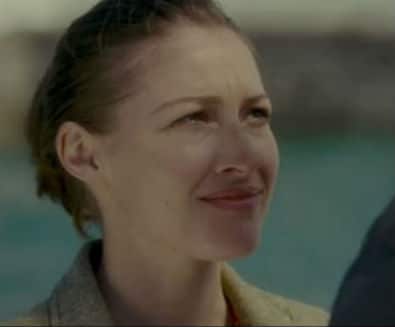 But, he tells her with a smirk, this is mostly a sheep-snatching visit. 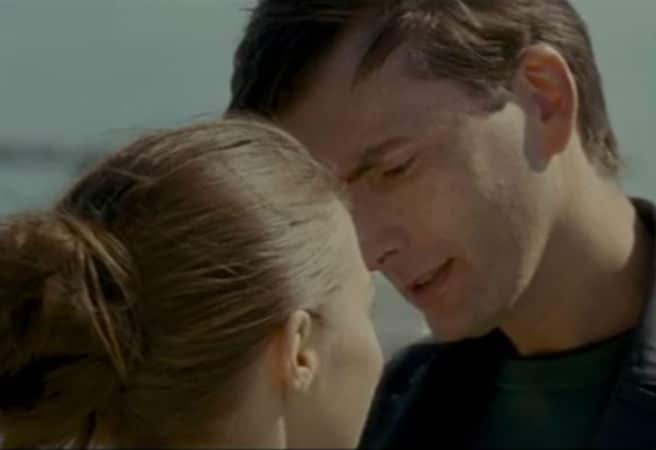 Chuckling, they kiss – something I’ve been waiting for this whole movie to happen. He asks her if she wants him to sign her copy of his book, and she lightly hits him with it before they kiss again. I assume they live happily ever after. 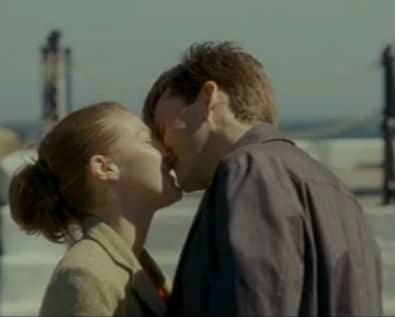 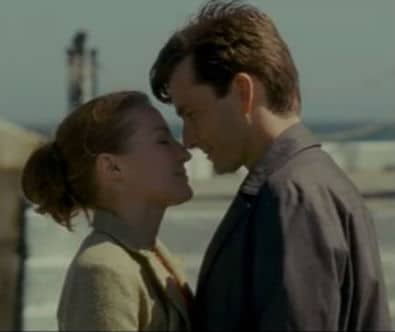 If you’re looking for a funny and romantic film to watch with a beautiful setting, check The Decoy Bride out! It’s available to purchase on Amazon (both on demand and in DVD form!) and is instant on Netflix. There are so many wonderful scenes between Katie and James in The Decoy Bride; which one is your favorite? Let me know in the comments!

Our romance-themed entertainment site is on a mission to help you find the best period dramas, romance movies, TV shows, and books. Other topics include Jane Austen, Classic Hollywood, TV Couples, Fairy Tales, Romantic Living, Romanticism, and more. We’re damsels not in distress fighting for the all-new optimistic Romantic Revolution. Join us and subscribe. For more information, see our About, Old-Fashioned Romance 101, Modern Romanticism 101, and Romantic Living 101.
Pin this article to read later! And make sure to follow us on Pinterest.
By Bailey Cavender on July 19th, 2016