I am passionate about classic film and introducing it to a new generation of viewers. Many people are under the mistaken impression that classic films are boring or dated. That may be true for some films, as culture and mores change and grow. But there are still many classics which are enjoyable and still relevant. This may be why Hollywood occasionally dips into its’ archives to retell a story that has already been told.

In order to pique your curiosity and interest, I am sharing this list of enjoyable classic films and their more modern counterparts. For the sake of this article, please consider films prior to 1980 as classic and films after 1980 as modern.

Two people meet and fall in love on board a ship, but they are both engaged to others. They agree to separate for a short time and reunite in a couple of months at the top of the Empire State building.

The most famous of these versions is arguably An Affair to Remember starring Cary Grant and Deborah Kerr. Charles Boyer and Irene Dunne (who starred with Cary Grant in three other pictures) played the original leads. The same director made both of the earlier films so it stands to reason that they are almost exactly the same. Love Affair is similar to the classics, but with some modern updates and with Warren Beatty and Annette Bening in the lead roles.

An all-female cast that focuses on the relationships of a group of women.

The original film was certainly original in its’ time as it was an all-female cast (no men ever appear) even down to the animals filmed on screen. It also starred a large number of very famous actresses, including Norma Shearer and Joan Crawford who were rumored to be engaged in a long-standing feud. I honestly can’t say much for the two remakes as neither one touches on the brittle comedic genius of the first. 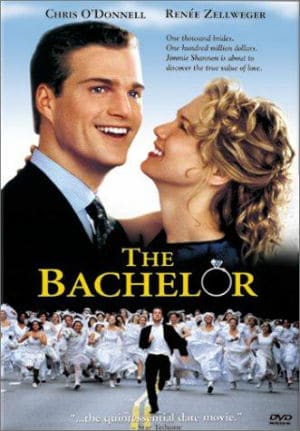 A bachelor learns he will inherit a fortune if he marries before his next birthday.

Buster Keaton was a silent film comedian legend. The Bachelor borrows from one of his silent comedies, Seven Chances, and updates if for modern audiences. Both films show an iconic sequence of a horde of brides chasing the wannabe groom through the streets. The Bachelor stars Chris O’Donnell and Rene Zellwegger.

Father of the Bride tells the trials and travails of the man of the house when his daughter decides to get married.

Both versions of this film go by the same title. The first one stars film legends, Spencer Tracy and Elizabeth Taylor. The second version stays fairly close to the original with some necessary modernization and stars Steve Martin and Diane Keaton.

The familiar story of two anonymous pen pals who dislike each other in real life.

Almost everyone has seen You’ve Got Mail with Meg Ryan and Tom Hanks. While neither of the later films is a close remake, they are both inspired by the original version starring James Stewart. In the Good Old Summertime is the odd duck as it has been transformed into a Judy Garland musical.

While not a remake of the original, The Money Pit was inspired by Mr. Blandings Builds His Dream House. In the first, screen legends Cary Grant and Myrna Loy are building her dream house in the country. In the second, Tom Hanks and his wife purchase a stately fixer upper.

A simple, countryman inherits a lot of money, moves to the big city and must fend off fortune hunters and reporters while defending his claim to his inheritance.

Mr. Deeds‘ story line stays fairly close to the original film. However, although both are comedies, the first Mr. Deeds (with popular actors Gary Cooper and Jean Arthur) has a bit more class. Both films are humorous, but the original has more respect for the character of Mr. Deeds. The remake showcases the talents of Adam Sandler and Wynona Ryder and is still entertaining.

A minister prays for help in building a new church and an angel arrives as the answer to his prayer.

Denzel Washington and Whitney Houston play the leads in The Preacher’s Wife. The Bishop’s Wife has an all-star classic film cast which includes Cary Grant. Both films pretty much stick to the same story line, but I’m slightly more partial to the original portrayal of Dudley the angel by Grant. Either film is a great choice to enjoy during the holidays.

A chauffeur’s reserved daughter goes to Paris and transforms herself. Upon her return, she is engaged in a love triangle with the two sons of her father’s wealthy employer.

Sabrina is a Cinderella type of story and one of my favorite imaginings of it. Though the original stars film icons Audrey Hepburn and Humphrey Bogart, I must admit to preferring the remake with Harrison Ford and Julia Ormond. Though I usually like original films better, I just have a difficult time believing a romance between Hepburn and Bogart. Despite that, both films are lovable classics.

RELATED POST: Vintage Film Review: Sabrina (1956) -A Must Watch for Every Hopeless Romantic

Based on a true story, Anna Leonowens takes her son to Siam where she has been hired to tutor the king’s children. Anna slowly develops an unusual relationship with her employer, the King.

I have seen all three versions of this film and enjoy each for different reasons. The most recent film stars Jodie Foster as Anna and is probably the most realistically filmed. Not to mention the cinematography is gorgeous. The original stars Irene Dunne and Rex Harrison (who played Henry Higgins in the film version of My Fair Lady) and is the only one filmed in black and white. Of course, The King and I may be the best-known version as it is a famous musical starring Deborah Kerr and Yul Brynner which originally premiered on Broadway before becoming a film.

Based on the classic Louisa May Alcott book about four sisters’ special bond and the friendship they form with the boy next door.

Each one of these films has something to recommend and I can’t choose a favorite. The original stars Katharine Hepburn as the independent Jo and I love her portrayal. The 1949 film uses the unusual casting choice of Elizabeth Taylor as the blonde Amy. And of course, the most recent version is absolutely charming with Wynona Ryder, Kirsten Dunst, Claire Danes, Susan Sarandon and Christian Bale all starring.

RELATED POST: Louisa May Alcott: The Woman Behind Little Women -A Documentary Masterpiece

Another film based on a classic novel by F. Scott Fitzgerald. You know the story. It’s about Jay Gatsby’s obsession with lost love Daisy and his attempts to win her back.

The original film of this famous novel was first released in 1926 with another version following in 1949. Having neither seen or even heard of these in classic film circles, I cannot comment on them. However, the 1974 film starring Robert Redford and Mia Farrow (former wife of Woody Allen) was the gold standard until the most recent release. Obviously, everyone is familiar with Baz Luhrmann’s version and Leonard DiCaprio’s portrayal of the tragic Jay Gatsby. Overall, I prefer the newest film, but in comparing Redford’s portrayal of Gatsby with DiCaprio’s, I think they both come out as winners.

Have you seen any of these classic films or classic remakes? Do you have a favorite classic or remake film?

Our romance-themed entertainment site is on a mission to help you find the best period dramas, romance movies, TV shows, and books. Other topics include Jane Austen, Classic Hollywood, TV Couples, Fairy Tales, Romantic Living, Romanticism, and more. We’re damsels not in distress fighting for the all-new optimistic Romantic Revolution. Join us and subscribe. For more information, see our About, Old-Fashioned Romance 101, Modern Romanticism 101, and Romantic Living 101.
Pin this article to read later! And make sure to follow us on Pinterest.
By Brittaney B. on April 27th, 2017

4 thoughts on “11 Enjoyable Classic Films and their Modern Remakes”