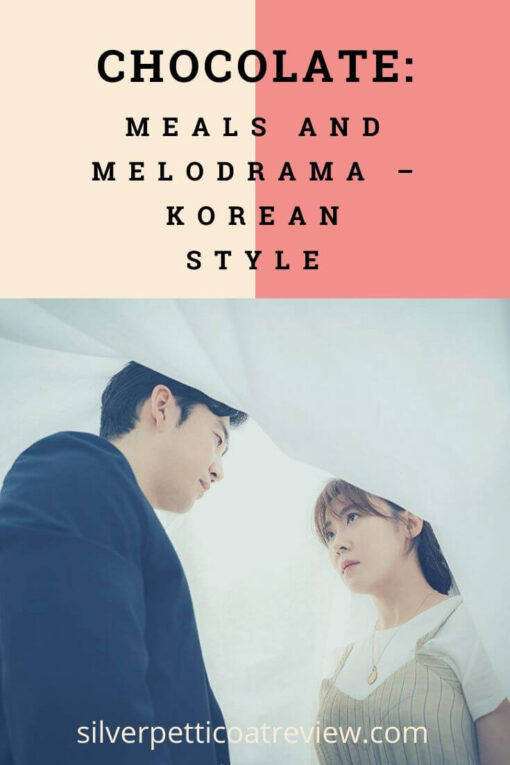 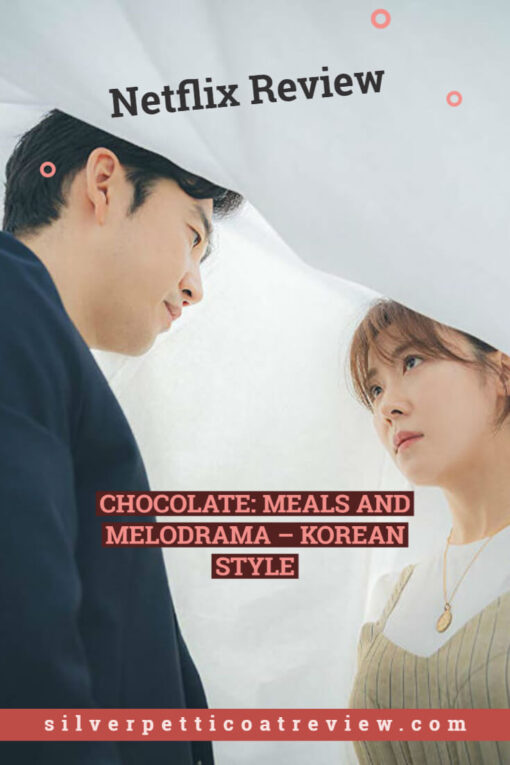 The new Netflix Korean Drama series, Chocolate, is for you if you’re a foodie who has a soft spot for sentimental romance and soap-operatic melodrama!

Chocolate is one of the latest K-dramas to be streamed on Netflix. If you’re a foodie, who has a soft spot for sentimental romance and soap-operatic melodrama, well, this is the show for you.

There are food shots galore, lots of conniving familial intrigues, one slow-burning romance, and many, many Feelings with a capital F. And stoicism, two stoic leads, who may be so stubbornly stoic that they never can seem to reveal their feelings for one another.

Moon Cha-yeong (Ha Ji-won) has never forgotten the meal served to her by the boy at the restaurant by the sea. She was hungry and desperate, and Lee Kang (Yoon Kye-sang) fed her, took care of her, promised to make her his chocolate specialty. But her brother collected her, and her family returned to the city before she could ever try Kang’s chocolate. He waited for her.

The brief encounter has become a defining moment in Cha-yeong’s life. She is now a chef, having learned that day how food can succor and sustain. And one day, while admitted to the hospital for appendicitis, she bumps into a handsome, dismissive neurosurgeon by the name of Lee Kang. She makes the connection right away, sees in that brusque, busy surgeon, the gentle, compassionate boy. He doesn’t give her a second thought.

RELATED: HERE ARE 20 OF THE BEST MOUTHWATERING FILMS FOR FOODIES AND ROMANTICS TO WATCH

But that man sports a scar on his arm from when he made his chocolate specialty for the girl who never did show up. And tragic circumstances have turned that food-loving boy into a brilliant, arrogant, hardhearted neurosurgeon, a neurosurgeon with a rather diabolical family, including a controlling grandmother, who owns the hospital and is beholden, as well as a competitive cousin out to best him.

Not to mention, a scheming aunt and uncle, who do not love him and actively seek to undermine him.

Cha-yeong’s life has not been an easy one, either. She’s dealing with childhood trauma, the likes of which I won’t reveal here. But some PTSD is going on there. And her wannabe influencer brother is a lazy, ridiculous leech in her life, running up tabs and debts that she deals with again and again. She sucks it up rather a lot and toughs it out, again and again, stoically taking life’s many hits and bruises.

They both need healing and unconditional love in their lives. And we viewers recognize that they could find it together in each other.

Because of some incidents which I won’t discuss here, Lee Kang has come to openly despise Cha-yeong, who has silently loved him from afar for years. Indeed, years have passed since the brief reconnection in the hospital. Cha-yeong has done much to avoid Lee Kang and his misplaced disdain for her. Disdain which she stoically takes, never saying a word in her defense.

Finally, they are under the same roof. He has been transferred to a hospice, the same hospice where Cha-Yeong works in the kitchen. As to why a neurosurgeon is at a hospice, well, this is a soap-operatic melodrama, so there are MANY brain surgeries going on and tumors and aftereffects. Seriously, many of the main characters are repeatedly under the knife. It’s the consequences of such a surgery that have left the brain surgeon with shaky hands.

Anyhow, it’s now hard to avoid one another. Kang’s longstanding disdain for Cha-yeong is challenged as he sees her interacting with the patients. And he sees her empathy and compassion and hard work. Still, though, he doesn’t recognize her as the girl from the restaurant all those years ago. And frustratingly, he refuses to eat her food. We know, of course, that once he tastes her food, that something will awaken in him.

There is pretty much a tragedy per episode in Chocolate – an accident, a casualty, a separation. At the hospice, there is a fatality per episode. Yes, it’s all designed to get those tear ducts working overtime. Depending upon how much you enjoy such emotional manipulation, this may or may not be right up your alley.

While the antics of the social-climbing brother offer comic relief, our leads are two very sober, stoic, longsuffering individuals. There are not a whole lot of laughs going on here. Again, this is a melodrama, so the tone is relatively somber. Although, the over-the-topness in the drama department can get the giggles going, laughing so as not to cry. And the none-too-subtle product placements do get one ironically smiling.

All that said, the Korean Drama Chocolate is well-acted, beautifully filmed. The food shots are saliva-inducing. The leads are likable in their muted ways, even if you want to shake them sometimes. Oh, how I’ve been wanting Cha-yeong to let slip and yell and for Kang to tell off his family. But it’s not happened yet and probably never will although I am only halfway through the series.

There are decidedly more mishaps, misadventures, and misdeeds to come, of that I am sure. And meals. I will certainly be watching and drooling and hoping.

Yes, Chocolate is a bit addictive.

Content Note: Probably a TV-14. It contains brief yet realistic images of medical surgeries, warzones, and accidents. So, some graphic images without too much gore per se. I will admit to cringing at some of the surgery scenes. There is no skin or profanity.

Where to Watch Chocolate: Netflix.

Have you seen the Chocolate Netflix series? What are your thoughts on this Korean Drama?