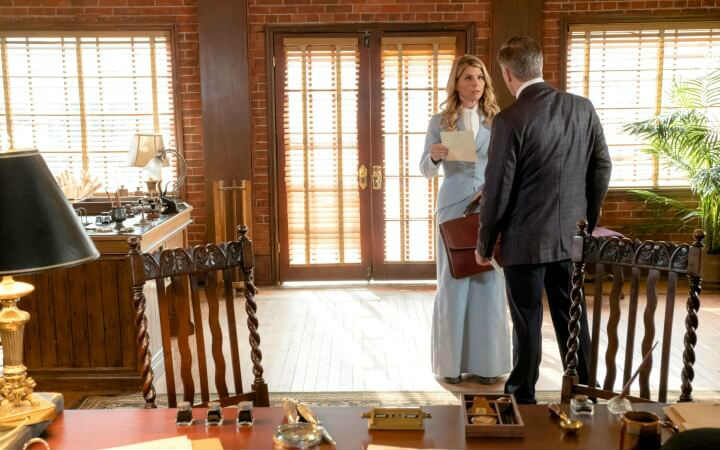 When Calls the Heart, Change of Heart Recap

If you were glued to your TV last night watching the latest Hope Valley happenings on When Calls the Heart, you’ll know that the episode, “Change of Heart,” is chocked full of, well, for lack of a better word, complications!

RELATED | When Calls the Heart – Heart of the Community Recap – A Carnival, Outlaws, and Stolen Kisses

From Abigail’s freshman tenure as Mayor to Elizabeth’s school room, there are some potentially perilous things going on in Hope Valley.

We begin with the tension between Abigail and Frank. Neither party is willing to talk to each other which leaves Cody questioning why Pastor Frank no longer shares dinner or a game of checkers with them. This inspires him to write Miss Rosemary (who has again taken up her pen because, as she tells Lee, the people need her advice, even at the risk of him going hungry). Naturally, Rosemary has advice.

The first two attempts to help bring Frank and Abigail go array. This is due to the fact that Rosemary entrusts these tasks to a little boy. Not to be deterred, Rosemary and Cody may have one final ploy up their co-conspirator matchmaker shelves!

Her matchmaking may get bungled (early on) with Abigail, but that doesn’t stop Rosemary from trying to also find the perfect mate for her husband’s assistant… which she does.

A Familiar Face; A Mysterious Stranger

Jack is reminded of his days training young Mounties when one of his best trainees makes a stop in Hope Valley. He’s been given the promotion Jack turned down. This leads Jack to wonder at the wisdom of giving a leadership position to so young an officer.

Also arriving in Hope Valley is a mysterious stranger. Closed off and private, Mr. Sheppard (played by Paul Greene) may require medical attention from the town nurse, Faith, but he isn’t about to heed her advice. Then there’s a photo he drops that she returns. When she queries who is in the picture, the aloof Mr. Sheppard is quite rude! (Shades of Mr. Darcy, much?!) 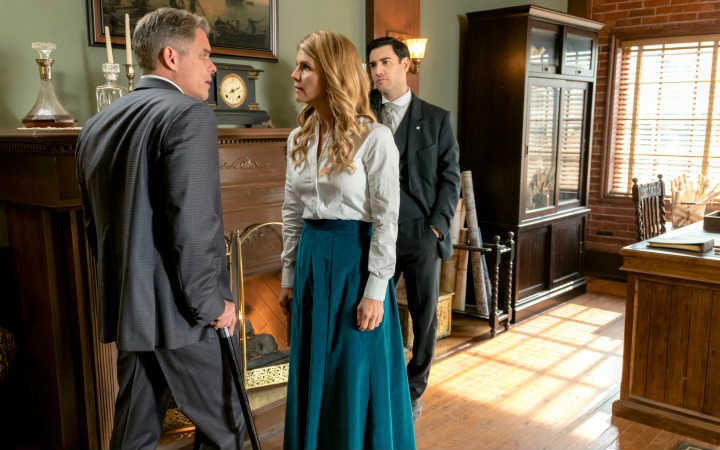 When all charges are dropped against him (and with no Mountie investigation), Gowen reclaims the title of mayor. Abigail is ousted and Gowen wastes no time in forging an alliance with the railway (and their “yes man,” Wyatt). Not all hope for justice is lost. He has the Mountie training and smarts, but as he’s no longer a Mountie, Bill makes plans to continue an investigation. 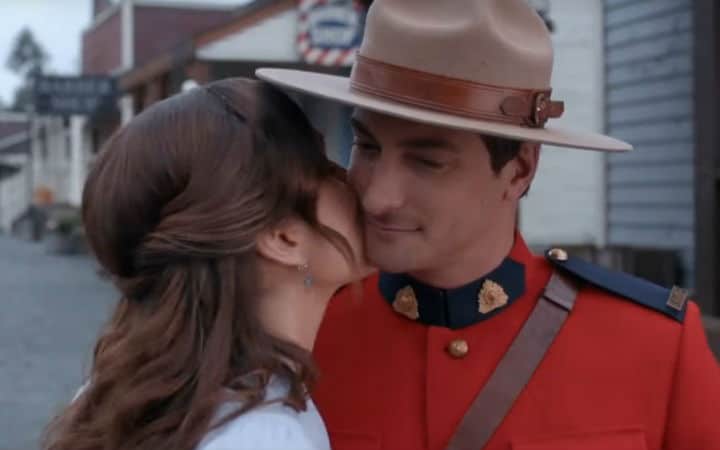 Elizabeth’s story centers on her new student, Phillip. Concern for his home life (with a widowed father who doesn’t seem to show affection) reflects in his schoolwork. This inspires her to pursue Mr. Cantrell, all the while making the attempt to reason with him. Phillip’s difficulties are a result of his lonely home life.

Conclusions and Speculation on Change of Heart

With the assistance of Bill and Frank, Jack arrests the Tate brothers in the act of robbing the payroll. Much to Abigail’s relief, no one in injured. In a roundabout way, this leads them back together (as does a not-so-subtle nudge from Cody and Rosemary) and last we see of them, they’re sharing a kiss.

Where Abigail is again blissful, Elizabeth’s life takes a turn for the worse. After making a deal with the railway (ELIZABETH WHAT ARE YOU THINKING??) to have them fund her schoolroom with supplies (her logic; the railway places greater strain on the school with the influx of students), she is stripped of her position. A new teacher is brought in place of the headstrong Miss Thatcher.

The episode ends and a preview for next week begins. In it, we see Elizabeth’s reaction is one of devastation and determination. The town seems to rally behind her, but it also teases the possibility this change will drive Elizabeth back to the city. What do you all think?

On a lighter note, there is lots of potential for romance in Hope Valley! I suspect Faith is bound to be paired with someone, but who? Will it be Wyatt, the dude who seems dishonest? Or could something bloom between her and the aloof drifter? Furthermore, is this Sheppard fellow going to be good or bad news for Hope Valley?

What are your thoughts on these developments? Do you have thoughts or theories? Comment down below on the latest episode, “Change of Heart!” I’m eager to read what you think, Hearties.

Our romance-themed entertainment site is on a mission to help you find the best period dramas, romance movies, TV shows, and books. Other topics include Jane Austen, Classic Hollywood, TV Couples, Fairy Tales, Romantic Living, Romanticism, and more. We’re damsels not in distress fighting for the all-new optimistic Romantic Revolution. Join us and subscribe. For more information, see our About, Old-Fashioned Romance 101, Modern Romanticism 101, and Romantic Living 101.
Pin this article to read later! And make sure to follow us on Pinterest.
By Rissi JC on March 13th, 2017