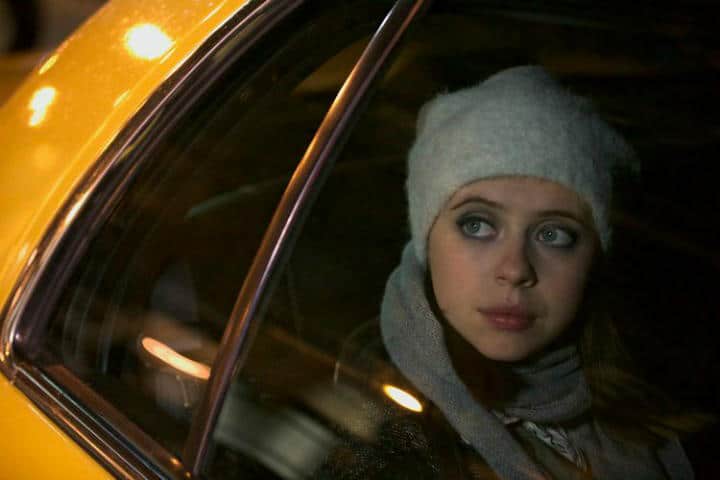 Indie films and I have what I’d call a love-hate relationship. I find them on a whim, read their premise, check out the cast list and perhaps finish with the two-minute trailer. After that, I add them to my “think about” list. If I ever get around to watching them, my reaction is one of two things: I either fall head over heels for their brand of charm or I detest them.

RELATED | An Invisible Sign – A Quirky Indie Film with Heart

Ordinary and uncomplicated are not words one uses to describe Carrie Pilby (Bel Pawley). She’s unique just like the rest of the population, but unlike the masses, she has an incredible IQ and a Harvard degree to her name by eighteen. Smart as she is, she cannot connect in a relationship or even make friends.

Her therapist (Nathan Lane) believes in order to be happy she must make a list. She scoffs at this idea, but when he makes one for her, Carrie slowly, with skepticism and sarcasm makes her way through it.

This film is magic. Not the kind you find in a fantastical journey or your favorite sci-fi TV series, but a quiet kind of magic. The story doesn’t fully come into its own until the end (in a full circle concept), which parallels the journey of its titular character. Based on a young adult novel (which I didn’t realize going in) of the same title by Caren Lissner, the film is penned by Kara Holden. Though inexperienced, this script is fantastic! The nuances, and moments of humor help to anchor the otherwise quirky story. 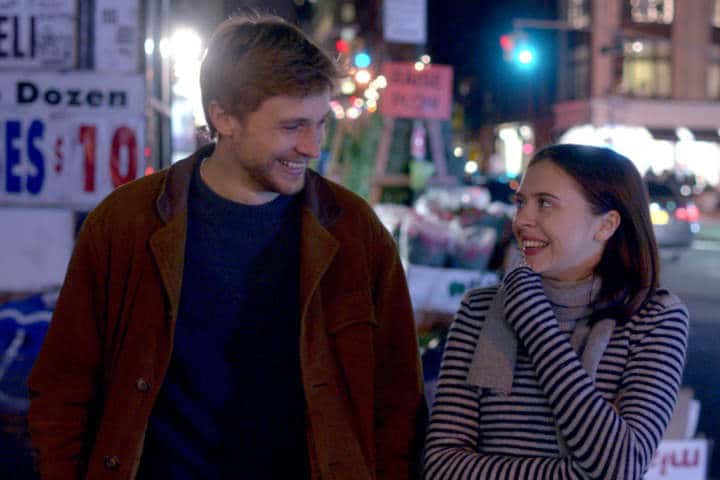 Another “win” for Carrie Pilby is this cast. In the lead, Bel further proves she’s “one to watch.” Her presence as Carrie is memorable. Despite her blunt tendencies without a filter, we still love her. You may recognize her from last year’s A Royal Night Out playing “funny” Princess Margaret. In addition to Gabriel Byrne (Little Women), Jason Ritter and Nathan Lane, you’ll also recognize Colin O’Donoghue who plays everyone’s favorite pirate on Once Upon a Time. To round out the cast, William Mosely plays in a small, but important role (King Peter from The Chronicles of Narnia). All around, this is an A+ cast who serve these characters well.

Carrie’s literary inklings endear her, and I love that she and her father, though awkwardly, reconnect. The story takes unexpected detours, which kept me on my toes wondering what its ultimate endgame was. I rooted for Carrie to be “comfortable” in whatever she chose to do. Most of all, we root for her to find her voice, and see her triumph and come into her own. To find what makes her happy.

Carrie Pilby is a wonderful, underrated gem of a drama. The character is unique, and though it limits itself, the romance is lovely and earns points because of the conclusion. Winner of the 2017 Gasparilla International Film Festival (Audience Choice) award, I can easily see why this captures hearts. It’s smart, funny, and weeks later, even still, it remains with me.

Where to Watch: You can watch stream (rent or buy) Carrie Pilby on Amazon Video or iTunes, or purchase the film on DVD.

Content Note: There is some British slang/profanity, and a use of the F-word. Some adult situations, including an underage affair (non-explicit) and talk of society’s obsession with “sex.” The film is unrated, but would, in all likelihood, earn a PG-13 rating.

(*Rated this way simply because it’s so limited)

Our romance-themed entertainment site is on a mission to help you find the best period dramas, romance movies, TV shows, and books. Other topics include Jane Austen, Classic Hollywood, TV Couples, Fairy Tales, Romantic Living, Romanticism, and more. We’re damsels not in distress fighting for the all-new optimistic Romantic Revolution. Join us and subscribe. For more information, see our About, Old-Fashioned Romance 101, Modern Romanticism 101, and Romantic Living 101.
Pin this article to read later! And make sure to follow us on Pinterest.
By Rissi JC on June 20th, 2017