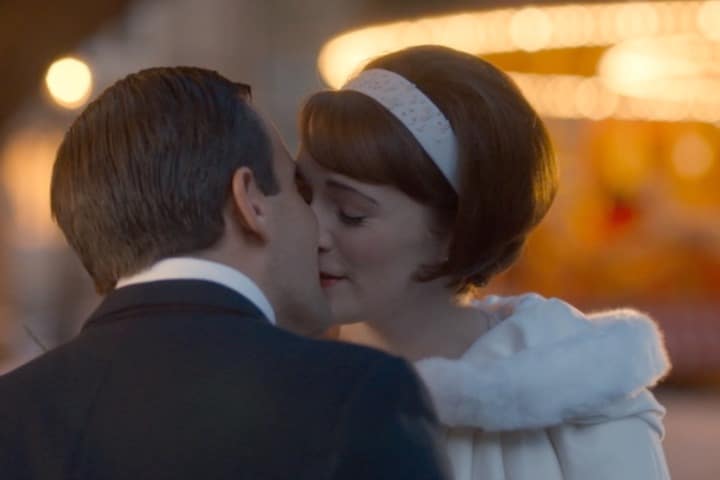 PBS (US) recently concluded airing the sixth season of BBC’s popular drama Call the Midwife. Before the first hour goes by, we catch up with the characters who’ve worked their way into our hearts for five years.

Christmas time arrives and departs peacefully for the residents of Nonnatus House. In the aftermath of the holiday season, Sister Julienne (Jenny Agutter) announces a mission their order supports is in need of medical supplies and staff. To help fill this gap, a party of Nonnatus staff heads off to Africa.

Back, Patsy (Emerald Fennell) remains behind to continue care of their patients. She soon learns that her father is ill which forces her to make a decision. Sister Mary Cynthia (Bryony Hannah) finds herself troubled when her past crops up to haunt her. The tension she feels over studying for her vows sends her into a spiral and searching for answers she seeks from God, whose voice she cannot hear.

When this show debuted, you wouldn’t have convinced me that it would so easily win me over. Sure, right from the start I was curious (because it is a BBC period drama), but it didn’t intrigue me in the same way traditional dramas like Austen adaptations or North and South do. With every new season and story, Call the Midwife proves why its ratings impress and is universally loved by so many. 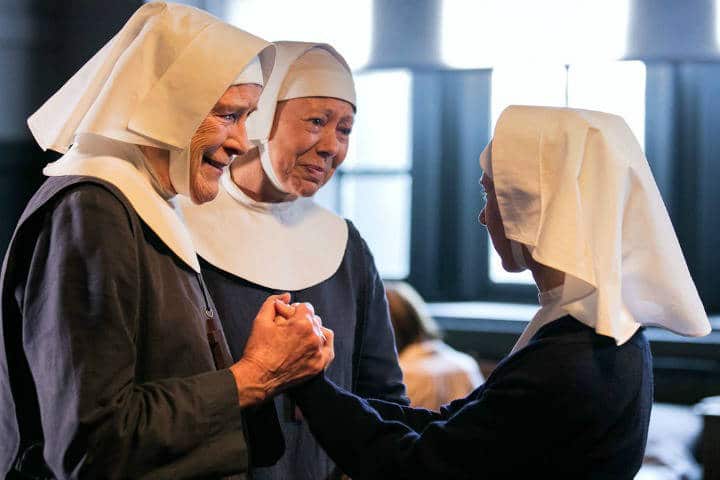 Writer Heidi Thomas continues to surprise viewers with each story she devises. Each individual story arc fascinates, and though some stories do return to discover how former patients fare, most hours deal with new faces and medical conundrums. If you’re looking for a series with emotional content that digs deep, you’ll discover that with Call the Midwife. It’s heart-wrenching and challenges its viewers. There isn’t an episode that passes that won’t leave you with tears streaming down your face. Fortunately, even with all of the tears, not all are of sadness. Some are bittersweet, but there are plenty tears from joy as well.

As all good period drama does, this series has a cast of characters sure to keep you riveted. Whether it’s the sassy Trixie (a character who’s evolved so much); the compassionate Shelagh or the conflicts warring in Mary Cynthia. These characters all have a place of importance to the structure of these stories (and our hearts!). I admire them and love that they’re all so varied and original. Apart from the connections they form with their patients, one of the additional joys is their personal stories. Whether it’s Trixie’s newfound joy; the shift in leadership that rattles Sister Julienne’s sense of “place”; or the changes in the Turner household, there are plenty of new experiences. All combined, this series has layers that continue to peel away. 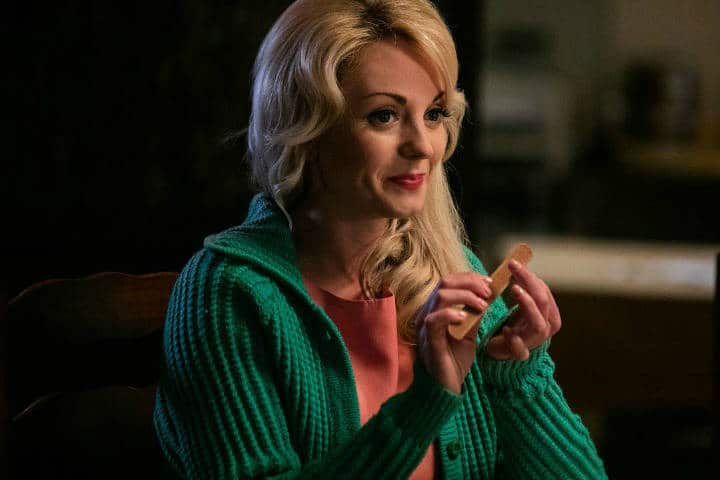 Furthermore, if you’ve considered giving this series a chance, don’t let another season pass. Start with season one, and enjoy the journey. It’s one that grows, expands, and in consideration of its debut being almost perfect, does the impossible. The show improves. I’d love to say more, but cannot for fear of spoiling the story treasures you’ll discover. If you’ve watched the seasons up until now, don’t miss this latest set of episodes. It’s brilliant and bittersweet. It’s smart television you’re sure to enjoy while it lasts, and keenly feel its loss by season end.

Where to watch: Stream (rent or buy) Call the Midwife on Amazon Video or iTunes. Or you can purchase region one and two DVD sets! You can watch earlier seasons on Netflix.

Content Note: There are some “tense” (physically and emotional) situations, including abuse and adoption. The entire series deals with adult situations, and if you don’t like medical issues, many of the scenes involve complicated medical diagnoses or discussions in one form or another (childbirth, birth control, blindness, explosions). The show is rated TV-14.

Did you watch Call the Midwife Season six? What are your thoughts on the latest season?

Our romance-themed entertainment site is on a mission to help you find the best period dramas, romance movies, TV shows, and books. Other topics include Jane Austen, Classic Hollywood, TV Couples, Fairy Tales, Romantic Living, Romanticism, and more. We’re damsels not in distress fighting for the all-new optimistic Romantic Revolution. Join us and subscribe. For more information, see our About, Old-Fashioned Romance 101, Modern Romanticism 101, and Romantic Living 101.
Pin this article to read later! And make sure to follow us on Pinterest.
By Rissi JC on June 12th, 2017