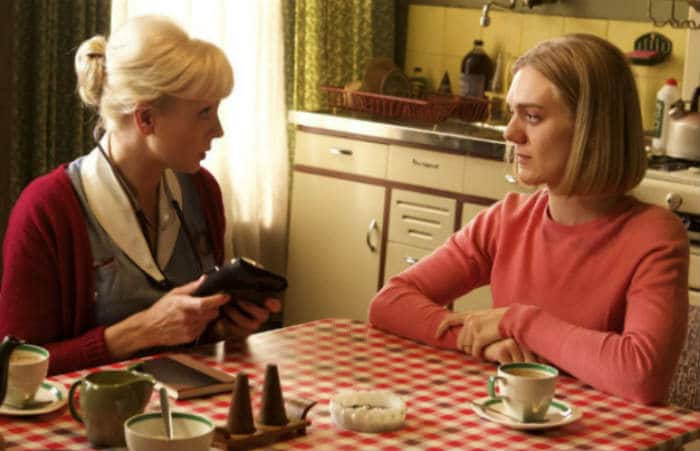 As we suspected it might, last night’s latest installment of Call the Midwife season five revisited a horror from earlier this season. Remember back to episode one (following the Christmas special) when a family welcomed a child born with deformities. Before we delve into the sadness that was last night’s tragic events, first we get to follow Trixie around as she is the midwife-of-the-week focus. We are even privy to a much-needed bittersweet moment between her and Tom, which will, with good writing (Heidi Thomas is no stranger to this) help clear the air and improve the love story between Tom and Barbara. Which is where I’ll start today’s recap.

Barbara learns Trixie knows she and Tom are seeing each other, and feeling the tension between them, she confesses as much to Tom. As she stands in the street discussing this with Tom, she inadvertently forces him to confess something: following the year of their broken engagement, he’s still not over Trixie. Heartbroken, right then and there, she makes a choice. She believes there’s no sense in three people being miserable, meaning, she’s willing to be the only one miserable. It’s time they part ways. 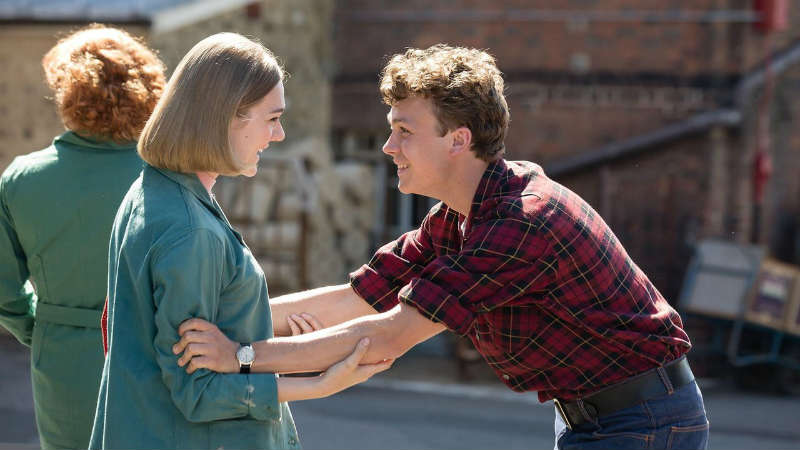 Trixie’s patient this week is a burn victim. Her teenage son, Ian, has just been accepted into university, which inspires the creative-minded young man. The only problem is his girlfriend, Linda, discovers she is expecting. Naturally, this changes everything. Linda’s father demands Ian marry his daughter and even gets him a job at the factory he’s worked at for many years. 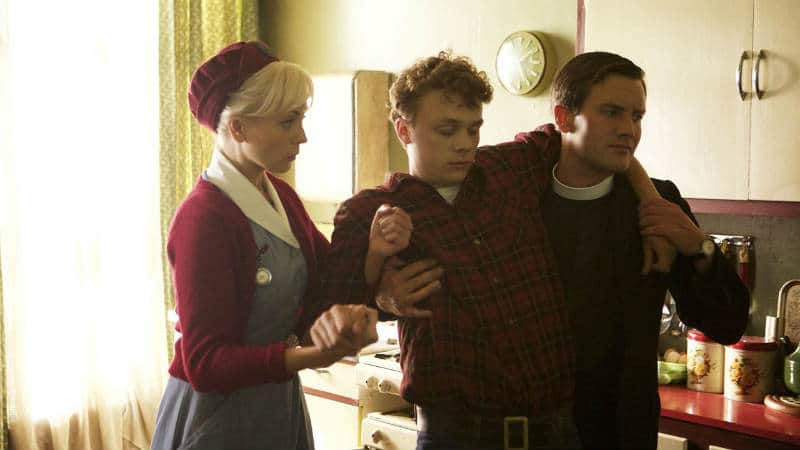 This calls for Tom’s help, the man needed for the job of counseling the young couple. Upset and dreading his bleak future, Ian eventually tries to commit suicide. All of this before he learns of Linda’s unfortunate miscarriage. Just in time to save him, Trixie and Tom find Ian. 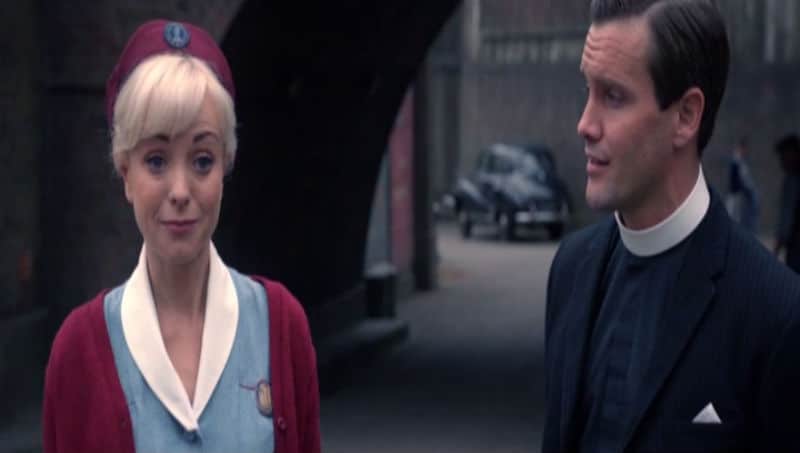 As Tom accompanies Trixie back to Nonnatus House (and they discuss Ian and Linda’s now unneeded engagement), Trixie ponders aloud, “How long is it since we ended everything.”

“A year,” Tom says. After a brief hesitation, he clarifies, “Or to be more precise, a year and ten days.” 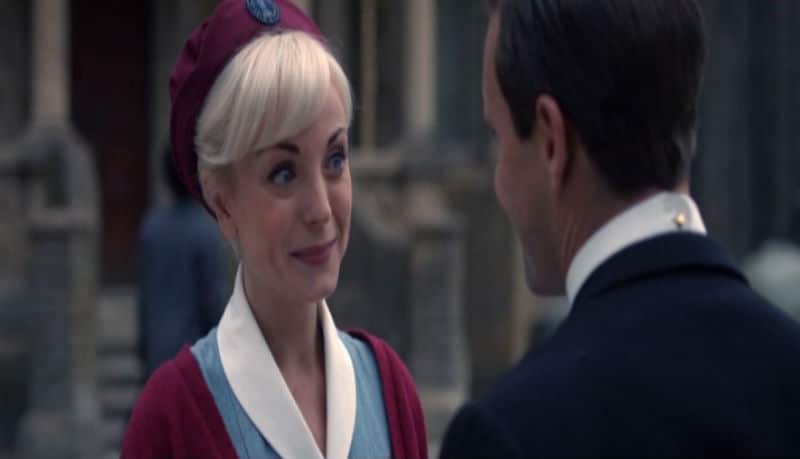 This earns a small almost hopeful smile from Trixie. But Tom isn’t prepared to fall back into their habits.

With a kind of regret, Trixie continues, “Once upon a time, one of us would have leaned forward to kiss the other one just then.” After he affirms this, she finishes with regret, “But neither of us did.” She goes on to ask him if when he looks at Barbara he wants to do the same. 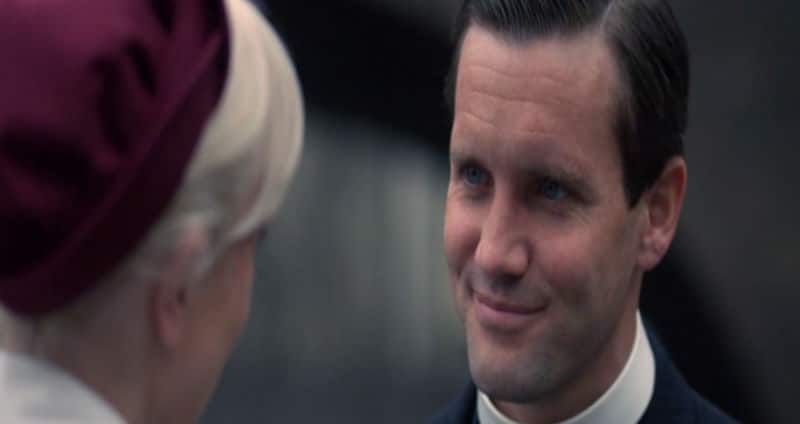 “Sometimes,” he says and continues with, “I have done.” Hearing Trixie’s surprised gasp, he assuages her fears, “Don’t worry, it won’t happen again. If we ever were going out at all, Barbara ended it. Because of you. Or more precisely because of us.” Knowing this needed to be said long ago, he continues with, “I think it’s time to let each other go…”

Not knowing how to respond, Trixie leaves Tom standing in the street. She’s hurt, but deep within, she knows he’s right. As the next day dawns, Trixie watches Linda give up Ian so he can follow his dreams. This inspires her to find Barbara and in a touching scene, she shares a bit of her heart. In the end, she gives Barbara her blessing to see Tom, ending with, “Things will end up as they should.”

A Heartbreaking Case for Sister Julienne 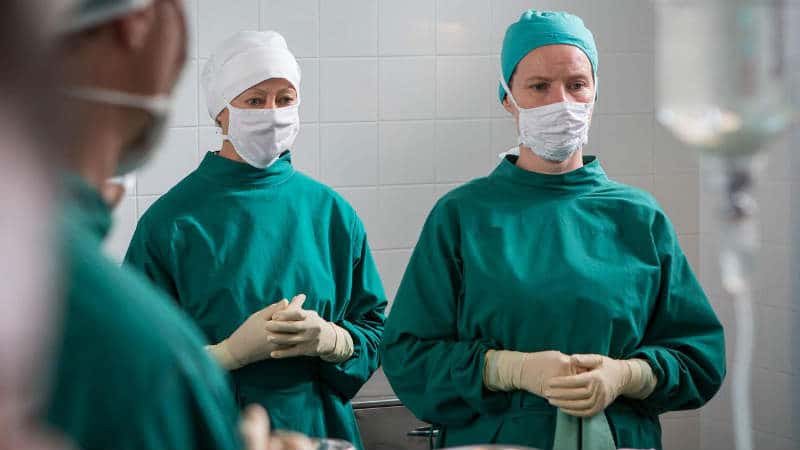 Surprising everyone, Sister Julienne decides to take a hospital rotation. Patsy offers to take the rotation, but Sister Julienne will hear none of it. She wants to discover why more mothers are choosing a hospital delivery. While there, one of her patients turns out to be Ruby Cottingham, one of Nonnatus House’s patients. During her delivery, she runs into trouble that requires a doctor and eventually, a C-section. Because Ruby will be under the effects of drugs, she begs Sister Julienne to care for her baby (who she hopes fervently is a girl since she’s had only boys). The child is born deformed like a baby earlier this season, only this time, it’s much worse. This time, even distinguishing the sex is impossible.

Unlike the personal care the Nonnatus House nurses provide, the hospital nurses leave the child to die underneath an open window. Discovering the child, Sister Julienne wraps the child up and comforts it as it takes its last breath. When Ruby wakes excited to meet her child, Sister Julienne undertakes the sad task of imparting news of the baby’s death. Through her tears, Ruby asks if it was a girl. Not wanting to burden the grieving mother with the truth, Sister Julienne withholds the full facts of the death and simply tells her, yes, it was a girl.

Dr. Turner makes a discovery possibly linking the source of the deformities to the father’s service while in New Zealand. This was where testing of the H-bomb took place. As he and Shelagh further investigate this, do you think they’ll find a medical solution by series end!? Last night’s case was, if possible, all the more heartbreaking than the episode one story because of the terrible way the small baby was left behind.

Elsewhere at Nonnatus House: Under the careful planning of Sister Mary Cynthia with the help of Sister Monica Joan, a remembrance service is planned for Sister Hildegard, the woman who began their work in Poplar.

Next week’s episode from Call the Midwife season five looks like a great blend of humor and of course, sorrow as is involved in each patient case. An emergency must be dealt with by Delia and involves Nurse Crane riding a bicycle; Dr. Turner learns about cancer, and Trixie is back to teaching her Keep Fit class (meaning those scandalous leotards are back!), and this time Violet and Fred are taking part.

I’m wondering if some of these (medical story) threads will carry into the already renewed sixth season. Speaking of which, can we believe that series five is already at its halfway point!? This is one sad face milestone because each of Heidi Thomas’ scripts is so good, I’m always disappointed to see these stories draw to a close.

What are your thoughts on Call the Midwife Season five thus far? Do you like this season or do you have a favorite story thread? Comment down below with your thoughts!

Our romance-themed entertainment site is on a mission to help you find the best period dramas, romance movies, TV shows, and books. Other topics include Jane Austen, Classic Hollywood, TV Couples, Fairy Tales, Romantic Living, Romanticism, and more. We’re damsels not in distress fighting for the all-new optimistic Romantic Revolution. Join us and subscribe. For more information, see our About, Old-Fashioned Romance 101, Modern Romanticism 101, and Romantic Living 101.
Pin this article to read later! And make sure to follow us on Pinterest.
By Rissi JC on April 25th, 2016