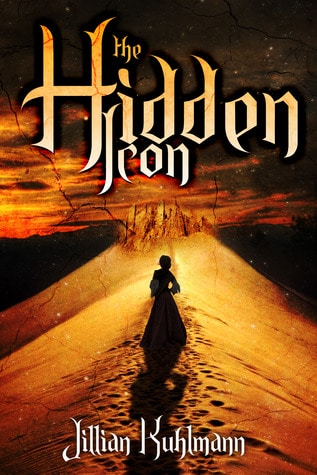 (I received a free copy of to write an honest review on The Silver Petticoat Review. I was not financially compensated for this post and all opinions are my own.)

“A gentle storyteller who has always been able to sense the thoughts and feelings of others, Eiren discovers that the source of her power stems from an incredible darkness. To save her family, she surrenders to the enemy that has warred with her kingdom her whole life, unwittingly embracing that darkness and her own surprising capacity for fury and vengeance. But the war’s end is only the beginning of Eiren’s troubles.

Compelled to return with her captors to their kingdom in the north, she faces foes both mortal and immortal on the road and explores the depths of her powers at the risk of losing herself in them, or in the masked and enigmatic man whose secrets elude even Eiren’s talents. To know the truth of why she was taken from her home, Eiren realizes she must become one of the monsters from her stories, whether she wants to or not.”

The only complaint I can possibly make about this novel is that it ended. I am dearly, dearly hoping there is a sequel, so the story can go on. This novel is comprised of many complex levels. You have the coming of age story of Eiren as she is separated from her family and gradually learns the great depth of her powers. You also have a touching star-crossed love story, between Eiren and Gannet, another character with powers similar to Eiren’s. Then, you have the idea of the story and storytelling itself. I will start by exploring the touching coming of age narrative.

Eiren is brutally torn away from her land of Aleyn by the conquering armies of Ambar, forced to leave her family and take up a new life with her captors. As the story progressed and the group travels ever closer to Ambar, we see a slow blossoming of Eiren and her understanding of herself and what it means to be an adult. She learns of her own considerable strengths, and the need to sometimes use caution with them.

While we don’t all have magical powers as Eiren does, we do each discover our own inner power: its strengths, its weaknesses, and the danger of letting it get out of control. Someone may have a truly clever wit, but it is not always right to simply let whatever we are thinking fly out of our mouths. As we discover such things growing up, so too does Eiren discover her own gifts and powers. Jillian Kuhlman leads us deftly and with a subtle grace through her journey of gaining a greater understanding of her inner self.

In conjunction with struggling with the weight of her growing powers, we also see her blossom into a woman with growing feelings towards a man. At first, she does not even know what to call her feelings towards Gannet. She does not recognize that this is how a woman can grow to feel towards a man. Eiren fights against these feelings and their foreignness. But as she grows to know herself better, she begins to understand just what her feelings towards Gannet are. She eventually realizes her love for him and admits these feelings to herself as well as to Gannet. In this way, I look upon her coming of age as a blossoming of the self, a slow unfurling, and revealing of what is truly in her heart, and what makes her the intriguing character that she is.

The love story in this novel unfurls beautifully, keeping tension where needed, and giving a little slack and indulgence as well. It is a very slow building relationship, which I think makes it all the more enticing because you are kept on your feet waiting with breathless anticipation for all the small signs that reveal the two characters’ affection for each other.

The last aspect I would like to mention about this novel is the close attention and homage it pays to storytelling. Eiren herself is a storyteller and tells many stories throughout the novel. I found myself equally engaged in these shorter oral stories as I was in the overall plot. When Eiren would tell a story, I would find myself getting just as caught up in the details and plot of that tale. When they ended I would have to wait a moment and come back to reality, realizing that I was also reading a larger novel.

The art of storytelling was truly showcased here, and it makes the novel stand out among its peers. I was able to lose myself countless times in this wonderful tale, and in the wonderful tales within this tale. I think the ability to not only draw your reader into the main plot but to then draw them into short tales within the plot shows the mark a truly gifted writer.

I can’t say enough good things about this novel. If you like reading at all, I would suggest you go out right now and buy this book. This book has everything you could want in it: superb storytelling, gripping action, sweeping adventure, heartfelt romance, and intriguing mystery, just to name a few aspects. It is well worth the price.

I think this novel would transmit well onto the big screen. I especially think it would make an interesting movie because of all the side tales in it. It would be something unique that hasn’t been done often (I can only think of one TV movie about Scheherazade that did something similar).  Some of the more internal parts may prove to be a challenge, but this story is so good I believe it would push past such minor barriers. I would definitely pay to see this in the theaters.

What did you think of The Hidden Icon? Sound off below…

Make sure to check out all or our book reviews here.

If you like fantastical adventures, try out The Spellspinners of Melas.

Our romance-themed entertainment site is on a mission to help you find the best period dramas, romance movies, TV shows, and books. Other topics include Jane Austen, Classic Hollywood, TV Couples, Fairy Tales, Romantic Living, Romanticism, and more. We’re damsels not in distress fighting for the all-new optimistic Romantic Revolution. Join us and subscribe. For more information, see our About, Old-Fashioned Romance 101, Modern Romanticism 101, and Romantic Living 101.
Pin this article to read later! And make sure to follow us on Pinterest.
By Rebecca Lane on January 31st, 2014