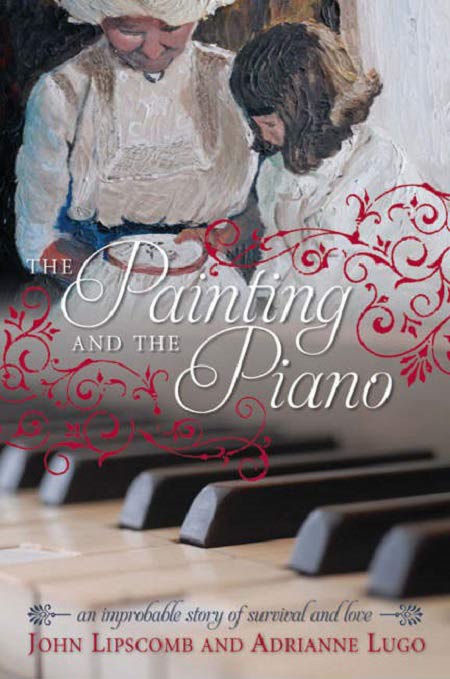 The Painting and the Piano Review

The Painting and the Piano is a dual narrative told from the alternating perspectives of Adrianne Lugo and John Lipscomb. The unflinchingly honest memoir charts their mirrored journey through childhoods ripped apart by custody battles, an adulthood beset by addiction and their eventual salvation in each other.

Two people born over a thousand miles apart begin life in very different households. John is born into an affluent home where the alcohol and cigarette infused parties never seem to end. Adrianne is happy in a warm, loving home with her adoptive parents. What happiness they have is disrupted by the arrival of drug-addicted biological parents, an alcoholic mother, and divorce.  There follow two sets of custody battles with similarly bad verdicts. Both Adrianne and John have to deal with the knock-on effects of their childhoods as they try desperately not to turn out like their parents.

Told not quite in chronological order we gradually see what led John and Adrianne down the path to addiction, and what led them out again. The narrative also shows clearly the damage wrought on the family by alcoholism and addiction.  I found Adrianne’s chapters the more engaging out of the two stories; however this may just be a matter of personal taste.

The story of The Painting and the Piano is moving, using blunt language and clear description well to evoke emotion. The prose is very polished, evocative and easy to read for the most part. The only problem I did have with the writing was the overly detailed descriptions of the houses which served little purpose and disrupted the flow of the narrative. This is especially frustrating considering that the rest of the book is actually very good at creating a sense of place. You really feel present in the scenes. From the Mad Men-esque quality of John’s early childhood to Herb and Elaine’s dingy apartment to an early morning AA meeting.

The ending is also quite romantic in a realistic, sensible way. However, the love story is only towards the end and one aspect of a greater whole, so those looking for a book about a real-life romance may be disappointed.

Despite not being all that fond of non-fiction, I was compelled to read on; there was definitely a taut, cohesive narrative. It was not hard to become emotionally invested in the characters. If you like true stories of struggle, hardship and survival like Angela’s Ashes or A Boy Called It then The Painting and the Piano may be just what you are looking for.

Content Note: The Painting and the Piano contains frank discussion of addiction and the effect it has on the human body. There is nothing graphic. Mention is also made of child abuse several times, physical and verbal. There are a few instances of mild profanity.

Our romance-themed entertainment site is on a mission to help you find the best period dramas, romance movies, TV shows, and books. Other topics include Jane Austen, Classic Hollywood, TV Couples, Fairy Tales, Romantic Living, Romanticism, and more. We’re damsels not in distress fighting for the all-new optimistic Romantic Revolution. Join us and subscribe. For more information, see our About, Old-Fashioned Romance 101, Modern Romanticism 101, and Romantic Living 101.
Pin this article to read later! And make sure to follow us on Pinterest.
By Elinor Cackett on April 22nd, 2016