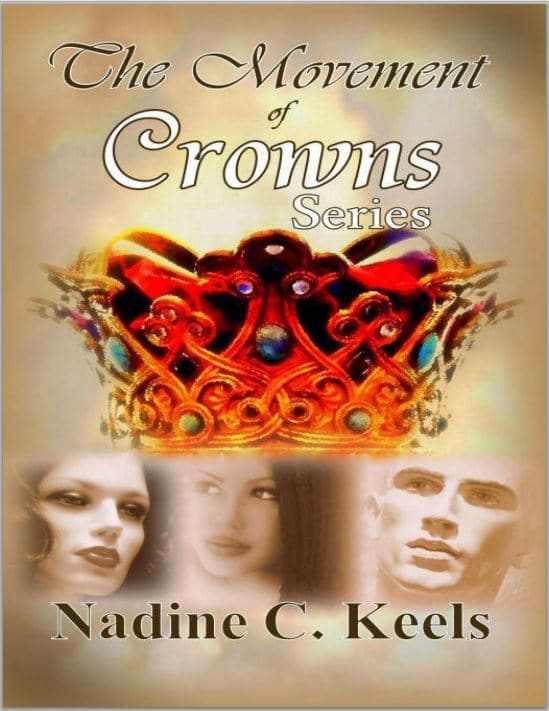 The Movement of Crowns: At the point when kingdoms’ ideas of humanity differ… The nation of Diachona is on the threshold of war, and Constance, coming into power under her father the king, deems this an inopportune time to be falling in love with one Commander Alexander.

The Movement of Rings: A time to remember what lies deeper than one’s fears… With the rise of unrest in the Mundayne empire, will the heart of a beautiful imperial servant, Naona, survive intact enough for an unforeseen chance at love with a foreign man?

The Movement of Kings: The order of things, the nature of succession, and a nation that must march on… Can the young ruler of the Eubeltic Realm handle the rise of domestic and colonial crises, the bereavement of his family, and his curious attraction to a councilman’s unassuming daughter, or is everything in this king’s untried hands on the verge of falling apart?

The Movement of Crowns Series Review

The Movement of Crowns series itself was a unique series of three intertwined novellas which shared interlacing parts that connected them together as each protagonist’s story unfolded. It is a third person narrative which weaves the individual stories together of three individuals, Constance, Naona and Alexander, who exist in countries within close proximity to one another and whose lives share a common denominator when they each find their countries at the brink of monumental change. Characters are tested and the essence of their very lives are pitted against overwhelming odds where the ability to maintain integrity while maximizing ingenuity will be their saving grace.

Full of stratagems, The Movement of Crowns series brings romance and political intrigue to a personalized level as Nadine C. Keels wields an extraordinary ability to plait details together to provide a quilt of storied history and pull the reader into the world about which they are reading.

But while the staging is expertly set, the perspective is conveyed as though the reader is on a personalized tour of each area more so than an invisible observer in the heart of it all.  While the dialogue itself was very well written, there was little in the way which allowed the stories to differentiate themselves from seeming less like fictional documentaries that were expertly described and more like live-action realities.  The latter of these would have provided fuller immersion for the reader and would have made each story itself more believable.

The stories are each beautifully written with superb descriptions of each character’s life and times in their politically embroiled countries, but what was lacking from the stories was a sense of soul.   The protagonists’ characters were described thoroughly and adequate background was provided to validate why and how they became who they were but the missing link is that each novella felt more like a biography of a character and city than an actual story.

The attention to detail of each character was extraordinary; the backdrop of the country and characters was expertly set with no shortage of very believable political intrigue, all of which wonderfully aided in enjoying each story. The detraction in this, though, was that it seemed that the writing’s narration from the third person seemed a bit forced which ended up seeming  like a dictation to the reader about what each hero or heroine’s character was rather than flowing in a way which let the reader decide for him or herself.

While I enjoyed reading about Constance, Naona and Alexander, the link between each story was shockingly overt and so it would have been, or could be, better written as one actual novel.  The quality of the characters is exceptional and each deserves to have a larger spotlight than the short showcase provided to them in their isolated stories.  This also has the potential to be a viable (yet much gentler) counterpart to Game of Thrones but where Game of Thrones socks the reader with violence, Movement of Crowns assuages the reader with character integrity and unbiased perspective.

Adaptation Recommendation:  TV mini-series.  There is a lot going on within all three protagonists’ lives which would make for a well laid adventure throughout a period of episodes.

“Mrs. Robinson, you’re trying to seduce me, aren’t you?”

Our romance-themed entertainment site is on a mission to help you find the best period dramas, romance movies, TV shows, and books. Other topics include Jane Austen, Classic Hollywood, TV Couples, Fairy Tales, Romantic Living, Romanticism, and more. We’re damsels not in distress fighting for the all-new optimistic Romantic Revolution. Join us and subscribe. For more information, see our About, Old-Fashioned Romance 101, Modern Romanticism 101, and Romantic Living 101.
Pin this article to read later! And make sure to follow us on Pinterest.
By Sara Tenhundfeld on December 6th, 2014

"I'll try and be what he loves to call me, 'a little woman,' and not be rough and wild, but do my duty here instead of wanting to be somewhere else," [Jo March, Little Women]. Eclectic and eccentric, sometimes in the most un-charming of ways, Sara has been feeding her own identity through beloved characters of literature whom she knows and loves. She has an inconvenient penchant for easily acquiescing to wanderlust and her inability to stay in one place is now a resounding joke amongst friends and family. She has a Bachelor of Arts degree from Baldwin Wallace University, is unnecessarily fluent in German, an avid violinist and a new contributor to The Silver Petticoat Review. Sara is also in the process of working her way through writing two novels and taking care of the madness that surrounds her dogs.