Title: Forget Me Not (Book I in the Collective series)

Since her mother vanished nine years ago, Anamae and her father have shared a quiet life. But when Anamae discovers a brooch identical to her mother’s favorite pendant, she unknowingly invites a slew of trouble into their world. When the brooch and the pendant are worn together they’re no longer pretty pieces of jewelry — they’re part of a highly developed technology capable of cloaking the human form. Triggering the jewelry’s power attracts the attention of a secret society determined to confiscate the device — and silence everyone who is aware of its existence. Anamae knows too much, and now she’s Enemy Number One.

She’s forced to leave her father behind when she’s taken in by a group determined to keep her safe. Here Anamae searches for answers about this hidden world. With her father kidnapped and her own life on the line, Anamae must decide if saving her dad is worth risking her new friends’ lives. No matter what she does, somebody is going to get hurt.

Fiction is Fact. Know the Truth. A secret organization pulling the strings of our nation’s government, controlling wars, famine, and politics. This is what young Anamae faces when she discovers that her mother’s old necklace is really a piece of advanced technology kept hidden from the general public by a group called the Collective. This one discovery pulls her into a world of intrigue, danger, and lies. When she joins the rebel group trying to stop the Collective, she learns that everything is not as it seems, and you have to be careful who you trust in this underground world.

Stacey Nash’s debut novel cleverly brings to life this world of secret superpowers and underground rebellion. She weaves her plot with the hand of a deft storyteller. As some may know, I am quite a fan of good storytellers. The art is one I admire and relish when it is performed well. Nash achieves this with Forget Me Not.

The first thing that impressed me in Nash’s novel was the very idea behind it. I have never come across the same idea of a secret organization having technology that they hide from the rest of the human race. Today, everything generally turns towards magic as the big secret that is revealed. I liked that Nash strayed away from that familiar aspect of the YA genre and went for something different. It reminded me of some of the popular dystopian novels that center around technology. She branches away from the followers of Harry Potter and sets up her own secret world that holds just as much exciting fantasy, even if it is in the form of gadgets rather than spells.

While there are a few areas where the plot lags just a bit, these are thankfully outshined by the action in the rest of the novel. Nash’s imagination is bountiful in relation to her action scenes and the different tech she comes up with for her characters to use. The different tech she invents is genius, and exceedingly entertaining in its use and performance.  I would love to have a necklace that made me invisible or a suit that made me impermeable to all weapons. Her grasp of laying out a good setting is also commendable. Her scenery comes to life in the mind and places one directly in the middle of the action. Her ability to provide good descriptions really helps to bring the plot to life.

I also enjoyed the romance in this novel. I’m always a sucker for a bad boy, and Nash provides an excellent one. Jax is just the right mix of tall, dark, and dangerous and wounded hero so that he excites you, but also tugs at your heartstrings. The courtship dance between him and Anamae keeps you on the edge of your seat until literally the very end of the novel. For me, that’s just perfect because I love the thrill of the chase. With this novel, the tension stays high in the romance and doesn’t die down the way it can when a romance is fulfilled too soon. Nash gives you just the right amount of romantic moments and gestures throughout the tale, without giving you everything, so that things stay interesting.

The only critique I would give, as I mentioned before, is that during the sections where there is no action sequence the plot can lag a bit. Specifically, during parts where the characters are just training, I would have spiced things up a bit more so that the reader isn’t left with dead air. Those are the parts where one might put the book down and possibly not pick it back up, missing the greatness in the rest of the book.

Nash has created a fascinating underground world for her readers to explore. If one can get past the parts that move just a bit too slowly, then the action in the rest of the novel makes up for it. I would recommend pushing through, and reading this book to the end, as it turns out to be immensely satisfying. I look forward to the novel’s sequel.

This novel would work best as a single movie. The story’s smooth arc lends itself to a single long film adaptation. I think it would probably end up being more than one movie, however, with the sequel that it has coming out. I imagine that would make a great second film to come after this one, something similar to The Mortal Instruments. I can already imagine the action scenes and the cool tech being used.

A vividly fast-paced tale with adventure, secrets, and kissing!

What Others Had to Say:

“I certainly won’t be forgetting Nash’s debut, FORGET ME NOT! A vividly fast-paced tale with adventure, secrets, and kissing!” -Kimberly P. Chase, Author of THE APOLLO ACADEMY. 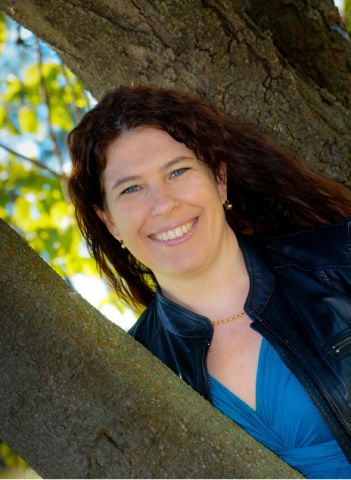 Stacey grew up in the Hunter Valley of New South Wales. It is an area nestled between mountains and vineyards. Full of history and culture, it provides wonderful writing inspiration. After dabbling with poetry during her teen years, Stacey stopped writing until after university when she was married with young children. Now she loves nothing more than spending her days with her children and writing when inspiration strikes.

The Collective. That’s what Al said, too. I glance at Will sideways. His mouth hangs slightly open, his eyes wide. He looks as astonished as I feel. Beau’s gaze shifts beyond me, and his face lights up in a smile. When I look over my shoulder, I see Bertie standing in the doorway, waving. She smiles and continues past the room; obviously she and Al are well known around here.

“When tech is used, an alarm is activated, alerting The Collective,” Beau continues. “If the use is unauthorized, they send a scout to appropriate the tech and contain any knowledge of its existence.”

The man in the East Coast Gas uniform, he must have been a scout.

“What do you mean?” Will asks.

Beau rubs his forehead. “Technology, tools, machines, items which perform a specific function. Some tech is common, like cellphones, computers, and satellite tracking, but other tech is not known or used at all. The Collective works hard to keep its knowledge hidden from the general population.”

I shake my head. “I should have known it wasn’t magic.”

The blue flower on the pendant made me appear invisible. Not magic, but technology. My hand still clutches it protectively. How does it work? It has to be some trick with light. I’ve always hated science; I spend most of class daydreaming of being outside with Will and my camera, soaking up his contagious happiness.

Beau’s voice breaks my thoughts. “We also have an alarm. We use it to intercept Collective agents and stop them from harming innocent people. The radar pinpoints the location of the use of tech.”

The boy, the one in the leather jacket. My gaze darts back to the window and the tree branches reaching over the lawn, but I can’t see him. He must have been sent to intercept the gas man.

“This is a safe house. The Collective can’t reach it. You’ll have to stay here while we secure your safety,” Beau says.

My mind spins again. It’s doing a lot of that this afternoon. There’s so much to take in. This morning we played a dumb game, and now we’re here in the middle of ‘great danger’.

“There are several of them across the country, and each house has a number of people. We will give you assistance.”

My mind whirls. Scouts, collective, safe houses. It’s too much to take in. I move toward an armchair identical to Beau’s, place my hands on its soft, well-worn arms, and sink into it.

“I can’t stay here. My dad, I need to go home to him,” I say. “After Mom, he won’t cope if I disappear, too. He — he needs me. He doesn’t even have his mother anymore.” I hang my head in my hands, twining my fingers into my hair. He’s balanced so close to the edge of despair, and I won’t push him over.

“They’re relentless. They won’t give up until they find you,” Al says. He’s still here. I’d almost forgotten him. “It’s not safe. You can’t outrun them forever. Don’t worry, I’ll keep an eye on your old man.”

Will’s already rigid stance stiffens further. “What do you mean ‘not safe’?”

“Mae is a threat to the secret knowledge of advanced technology,” Al says, “and The Collective eliminates their threats.”

Our romance-themed entertainment site is on a mission to help you find the best period dramas, romance movies, TV shows, and books. Other topics include Jane Austen, Classic Hollywood, TV Couples, Fairy Tales, Romantic Living, Romanticism, and more. We’re damsels not in distress fighting for the all-new optimistic Romantic Revolution. Join us and subscribe. For more information, see our About, Old-Fashioned Romance 101, Modern Romanticism 101, and Romantic Living 101.
Pin this article to read later! And make sure to follow us on Pinterest.
By Rebecca Lane on February 18th, 2014