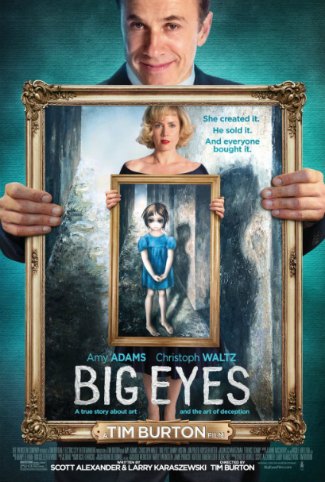 Contrary to what the box office tells us, not all movies have to be about the next action sequence stunt to be entertaining. Sometimes the quieter, truer to life stories are the most interesting. Big Eyes, from director Tim Burton is one of these films, though perhaps is not as impactful as some other biographical films out there. Big Eyes centers on a housewife named Margaret Keane (played by the incomparable Amy Adams) who leaves her husband and takes with her nothing but her young daughter, a few bags and her painting supplies. With these in hand, Margaret sets out to support herself and her daughter with her art, though her unique work sits in obscurity and undiscovered… until Walter Keane (Christoph Waltz) enters her life.

In her artwork, Margaret expresses her emotions with each of her works including one distinct marker: children with large, expressive eyes. Following a whirlwind marriage to Walter and a divorce from her first husband, Walter attempts to sell his own work alongside Margaret’s pieces. One thing leads to another and before she realizes it, Walter is passing off her work as his, making a name for himself and using pieces of her soul (through her art) to make them wealthy. 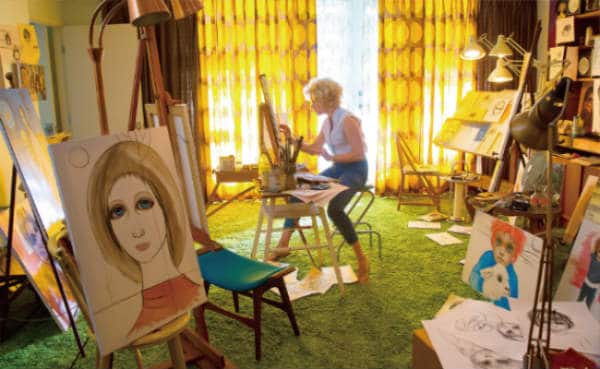 Aside from the general story, I wasn’t sure what to expect of this. Mainly it caught my attention because of Amy Adams, whose films I basically always get around to watching. When I learned the story was inspired by real events, that made it all the more attractive. And for the most part, the film does live up to that capacity. The performances are brilliant with Christoph and Amy incredible in their respective roles. Amy in particular shines as the leading lady. Not only did Amy add a Golden Globe win to her name for her performance, she also took instruction from Margaret Keane on how she should accurately play the character[1]. Amy gives Margaret a kind of flighty persona that is made worth the struggle when she stands up for herself nearer the end. A reckoning we were long rooting to happen.

Behind the camera is Tim Burton (Disney’s Alice in Wonderland, Corpse Bride and Edward Scissorhands are just a few of his popular films) whose unique approach to filmmaking is never indistinguishable. This film had to be more grounded in reality, yet we still see his influence and creative mind slip through in examples such as Margaret imposing her signature (the big eyes) on random strangers she passes at the supermarket. This is one story that moves at a leisurely pace. Burton keeps things moving, yet because of its subject, it’s not a film that is “exciting” in any way. 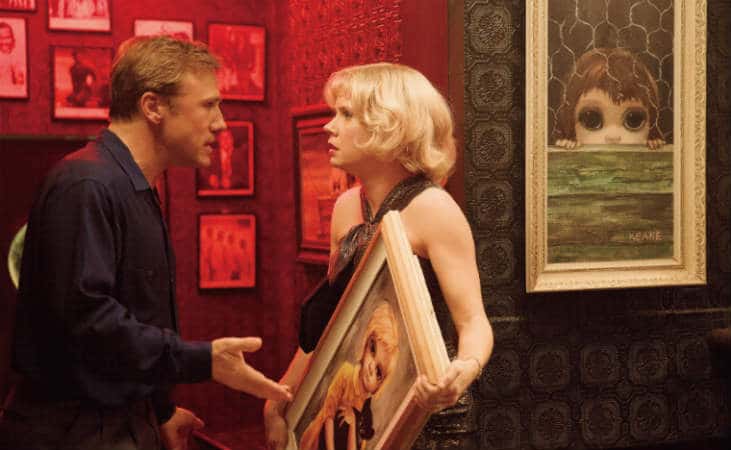 When asked what she thought about her life making a motion picture story, Margaret said the experience was “traumatic and emotional,” finishing with the following, “It’s kind of like the worst part of my life, just seeing it up there, it was so real.”[2] Given the facts that appear in the bios or news articles leading up to Big Eyes release, and having now seen this film, I understand the truth of these statements. Margaret’s biography article reveals that Walter was emotionally abusive[1]. The screenplay softens this reality – a bit. Walter’s volatile temper is on vivid display (particularly in the final scene between he and Margaret in their home), but until then, the film doesn’t paint as vivid of an image of abuse. He’s shown as controlling, yes, but also charismatic enough to convince Margaret that what they’re doing is for the good of their family. So the emotional abuse is shown, but not to the extent of the abuse in real life as described by Keane.

If you don’t mind watching a character-driven drama that has an interesting story to tell, Big Eyes isn’t a bad film to spend your evening with. It’s the kind of movie that slowly builds to its conclusion with some peeks of humor tossed into the script to help lighten the mood. By the end, you’ll appreciate how far Margaret has come and how much she’s in one sense, grown up. She learns to stand strong, and in the process earns back her self-respect. It’s a poignant drama that splashes its story with some whimsy, which is I am sure courtesy of Tim Burton.

Read more about fact vs. fiction in this interesting History vs. Hollywood article on Big Eyes.

Our romance-themed entertainment site is on a mission to help you find the best period dramas, romance movies, TV shows, and books. Other topics include Jane Austen, Classic Hollywood, TV Couples, Fairy Tales, Romantic Living, Romanticism, and more. We’re damsels not in distress fighting for the all-new optimistic Romantic Revolution. Join us and subscribe. For more information, see our About, Old-Fashioned Romance 101, Modern Romanticism 101, and Romantic Living 101.
Pin this article to read later! And make sure to follow us on Pinterest.
By Rissi JC on June 24th, 2015