From the premieres of popular TV Shows (with TV couples we love) to classic romances, paranormal romances, and even romantic comedies, Hulu has a lot of great content this upcoming month for romance fans.

RELATED: Top 10 of the Best Romances New to Hulu September 2018

(NOTE: We typically aim to share less explicit content that has PG-13 “like” content and below minus a few exceptions for artistic merit and/or genre interest. If a program is Rated R or TV-M, we will let you know why.)

Hulu Synopsis: A vast international plot explodes when a beautiful Jane Doe is discovered naked in Times Square, completely covered in mysterious, intricate tattoos with no memory of who she is or how she got there. But there’s one tattoo that is impossible to miss: the name of FBI agent Kurt Weller, emblazoned across her back. “Jane,” Agent Weller and the rest of the FBI quickly realize that each mark on her body is a crime to solve, leading them closer to the truth about her identity and the mysteries to be revealed.

Hulu Synopsis: Academy Award winners Russell Crowe and Renee Zellweger star in the triumphant true story of a boxer who fights to win a second chance for his family and becomes an unlikely national hero. 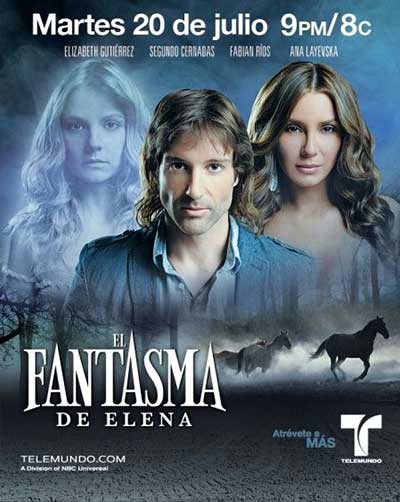 IMDB Synopsis: Young and beautiful, Elena and her widowed father, Tomas manage a small but excellent hotel on the ocean shore in Key West. Raised in her father’s shadow and shielded from the maternal side of her family, Elena has never known true love. That is until she finds Eduardo unconscious in the middle of the forest, and Elena falls hopelessly in love as she nurses him back to health. The rich, young businessman is equally passionate, and they’re married in an impromptu ceremony on the beach.

Elena joins Eduardo in his mansion, where he resides with several family members and household staff. From a photograph, Elena learns about Eduardo’s deceased wife, also named Elena, who died in a tragic accident on her wedding day. The new bride isn’t given the warmest of welcomes to the castle, but it’s the screams and moans coming from the castle’s tower that most terrify Elena. Additionally, she begins to find out that her husband and his brothers belong to this mythological race, which hides many secrets and conspiracies.

The twists and turns of the ocean-front locale mirror a storyline intertwined with secret loves, unusual characters and a mysterious aura. Kico spins a web of mystery and chance until we discover the secret behind Elena’s Ghost.

Hulu Synopsis: A blind violinist whose sight is restored begins having terrifying visions.

Hulu Synopsis: Divorced ex-con Johnny becomes a cook at a Manhattan café, where he falls in love with Frankie, a beautiful waitress with a painful past. Despite the fact that she wants nothing to do with him, Johnny does everything he can to win Frankie’s heart.

IMDB Synopsis: A couple’s attitudes are challenged when their daughter introduces them to her African-American fiancé.

Hulu Synopsis: Welcome to a place where being normal is really quite strange. From Niels Arden Oplev, the visionary director of “Mr. Robot,” and based on the hit book series from author Charlaine Harris (“True Blood“), comes a journey into a remote Texas town where no one is who they seem. From vampires and witches to psychics and hit men, Midnight is a mysterious safe haven for those who are different. As the town members fight off outside pressures from rowdy biker gangs, ever-suspicious cops and their own dangerous pasts, they band together and form a strong and unlikely family.

IMDB Synopsis: A washed up singer is given a couple days to compose a chart-topping hit for an aspiring teen sensation. Though he’s never written a decent lyric in his life, he sparks with an offbeat younger woman with a flair for words.

#9 Splitting Up Together, Season 2 Premiere

Hulu Synopsis: Revolving around a group of employees at a big-box store, it examines love, friendship and the beauty of everyday moments.

BONUSES – ROMANCES AND OTHER TITLES OF INTEREST

What romances do you plan to watch on Hulu this month? Leave a comment below and let me know!

Our romance-themed entertainment site is on a mission to help you find the best period dramas, romance movies, TV shows, and books. Other topics include Jane Austen, Classic Hollywood, TV Couples, Fairy Tales, Romantic Living, Romanticism, and more. We’re damsels not in distress fighting for the all-new optimistic Romantic Revolution. Join us and subscribe. For more information, see our About, Old-Fashioned Romance 101, Modern Romanticism 101, and Romantic Living 101.
Pin this article to read later! And make sure to follow us on Pinterest.
By Amber Topping on September 28th, 2018