I’ve decided to turn my attention to the show Grimm today. The recently aired premiere began with the quote, “But if I stand at the sick person’s feet, he is mine,” which comes from the Brothers Grimm tale Godfather Death. The tale begins with a man who agrees to have Death be the godfather for his thirteenth child. When the child grows up Death claims he will make him a famous physician. He gives the man a magical herb and says that if he stands at the head of a patient’s bed to give them the herb and they will live, but “if (he) stand(s) at the sick person’s feet, he is (his).”

So, after a time the man’s fame as an amazing physician spreads and he catches the attention of the king. The king demands to be seen by him when he falls deathly ill. However, when the physician looks at the king, Death is standing at his feet. Not wanting to anger the king, the physician decides to try and trick Death by flipping the king upside down so his head is facing Death. Then he gives the king the herb and the king gets better. Death is not so easily fooled, though, and tells the man that he will let it slide just this one time, but to never try and trick him again. Well, then the king’s beautiful daughter falls ill, and I think we can all guess what happens next. Death is not too pleased when he is tricked for a second time, and decides to take the man in place of the princess. 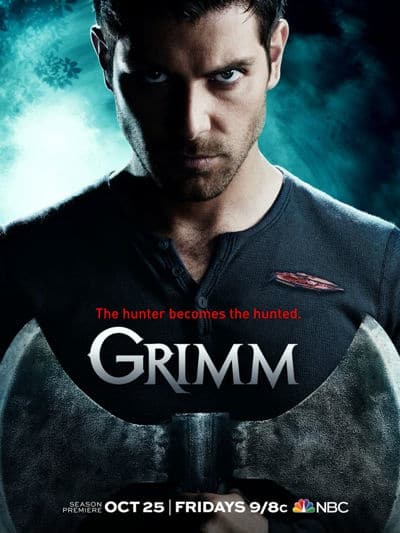 The moral of the story is that no one can cheat death. So, how does this relate to this season’s premiere of Grimm? Well, we saw at the end of last season that Nick was, in the end, unable to escape Captain Renard’s brother and his associate the Baron Samedi. This season begins with his being abducted by the prince, and subsequently loaded onto a plane to be transported to Europe and the prince’s home. Even Nick, a Grimm, could not escape the Baron, who causes his victims to fall into a death-like trance. One could argue that the Baron represents Death in this scenario.

I, however, think that this quote served as a double-edged sword in this episode. After the plane containing Nick and the Baron takes off, the Baron thinks all is fine and that he was the on powerful enough to bring down the famed Grimm. He may have begun celebrating a tad too early. While they are in the air, Nick begins to wake up from his slumber earlier than the Baron expected. He then crashes madly through the plane and causes it to crash, killing the Baron. The Baron was unable to escape the mega powerful Grimm’s wrath, and turning Nick into the character of Death in this instance.

Needless to say, this season’s premiere was amazing, and I cannot wait to see where it goes from here. That is all from me for today.

What did you think of Grimm’s season premiere? Sound off below…

Make sure to take a look at Behind the Folktale: Beauty and the Beast on Once Upon a Time.

Read Behind the Folktale: Rumpelstiltskin.

Peruse through 20 Moments in Fiction You Wish You Could Rewrite.

Our romance-themed entertainment site is on a mission to help you find the best period dramas, romance movies, TV shows, and books. Other topics include Jane Austen, Classic Hollywood, TV Couples, Fairy Tales, Romantic Living, Romanticism, and more. We’re damsels not in distress fighting for the all-new optimistic Romantic Revolution. Join us and subscribe. For more information, see our About, Old-Fashioned Romance 101, Modern Romanticism 101, and Romantic Living 101.
Pin this article to read later! And make sure to follow us on Pinterest.
By Rebecca Lane on October 29th, 2013

2 thoughts on “Behind the Folk Tale: Godfather Death”