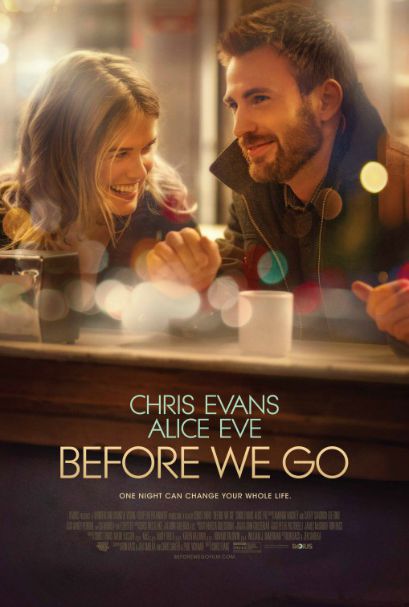 Some of the under the radar films that premiere remain just that because of their status as an Indie production. The recently released Before We Go is the effort that blockbuster star Chris Evans made his directorial debut with. As Indie films rate, this is one of the better ones. It not only has an engaging plot, it also has a beautiful way of going about revealing pieces of the characters.

The story is about chances. Second chances and a chance encounter. The latter being the catalyst for the beginning of the story. Nick (Evans) meets Brooke (Alice Eve) at Grand Central Station when she misses the train she desperately needed to be on. He’s there avoiding the possibility of seeing someone from his past. It turns out, Brooke has no other means of getting home, considering her purse was stolen. The night then turns into an adventure through New York’s streets as the strangers brainstorm ways to get Brooke home.

This film defies the stereotype of the average romance. Chris Evans serves the production three times as its director, star actor, and additionally, a producer. Personally, he couldn’t have been behind-the-scenes for a better debut in the director’s chair. I’ll confess I didn’t anticipate enjoying Before We Go as much as I did. There was something about it that seemed familiar to other titles that I don’t care if I ever see again. By credits rolling, I felt the exact opposite of this. 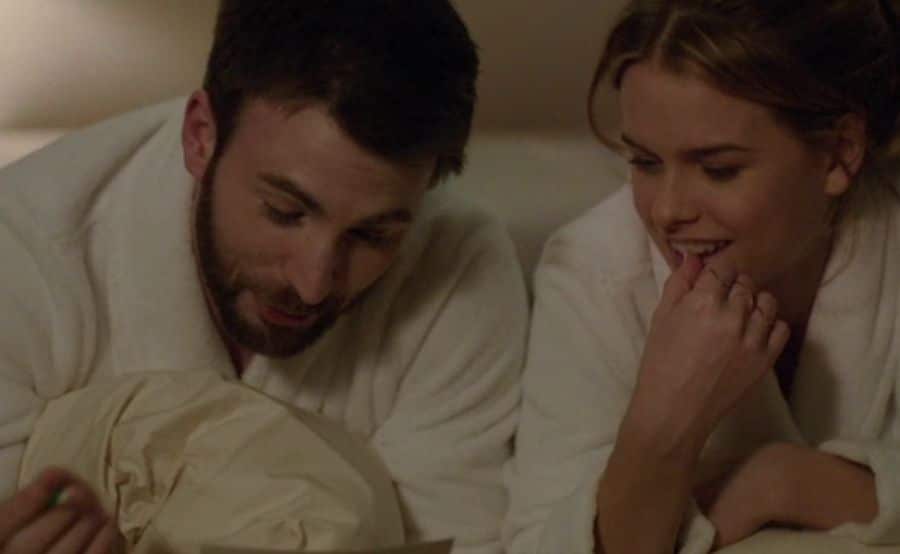 The cast is quite good, and is fortunate to be so (for the viewers’ sake), as there are, primarily, just the two people carrying the film. Evans is a commanding presence no matter the role and I must confess I enjoyed seeing a more carefree side to his acting. Up until now, I’d only seen him in comedies that were cruder than funny or as his most popular moniker, Captain America. Much as I adore the latter character, it’s nice to experience a favored actor in a different environment, plus I loved him as Nick. The chemistry between him and Alice is lovely. My favorite scene between the two was the hotel room; the filming and interplay were all about romance and I enjoyed that.

The story is leading up to what we suspect will be bittersweet moments full of an unrequited romance, all of which becomes a charming quality I progressively grew to love. The culmination of the film is one of the open-ended possibilities, and while I may have written the conclusion of this story in my head, another viewer may feel different. It drags in places, but this is understandable given the collective 90-minutes have to be filled with naught but conversation as two people walk through the streets. More interesting, however, is the lack of a soundtrack. There is music, but it’s rare and a bold choice. Fortunately, the conversation is always interesting, revealing small pieces of the past of these two characters. 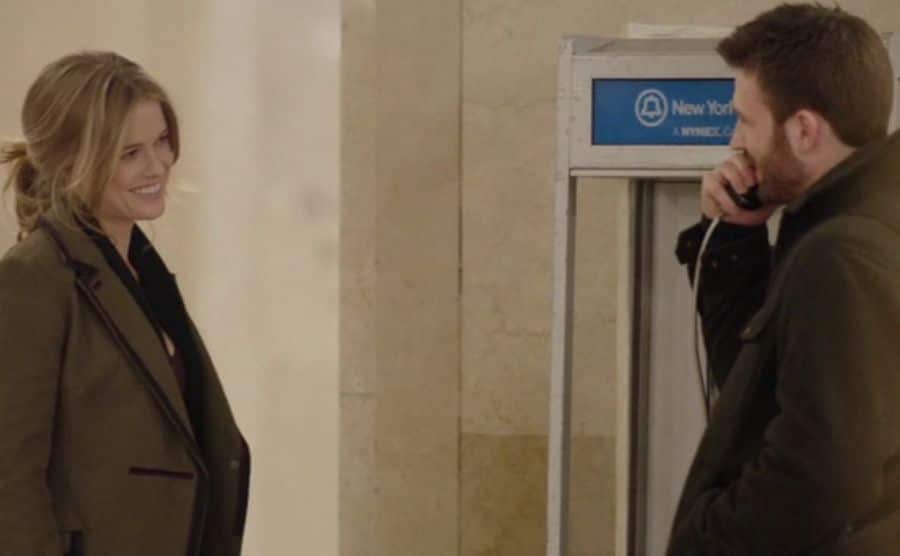 Perhaps it’s the romantic in me, but at the end, this was one of my favorite romances. It’s true the banter revolves largely around dialogue that reminisces about the past, but as a point of good development, the film needed that. As with every film, this one won’t be for everyone. Still, I respected Before We Go more than I anticipated. I love the way that the relationship blossoms and because of how the script is written, I never felt the single-night time cap ruined or stifled anything. In fact, with the writing, the witty banter helps sell every moment, every look, and every experience.

Always refreshing is the moral arrow this story follows. Instead of falling prey to a situation ready for clichés, this one uses different tactics. It might not be the most popular romance (critics didn’t much care for this one), but I know I certainly enjoyed it because of its lovely themes of friendship and the magic of possibilities it provokes by asking, “what if.”

Our romance-themed entertainment site is on a mission to help you find the best period dramas, romance movies, TV shows, and books. Other topics include Jane Austen, Classic Hollywood, TV Couples, Fairy Tales, Romantic Living, Romanticism, and more. We’re damsels not in distress fighting for the all-new optimistic Romantic Revolution. Join us and subscribe. For more information, see our About, Old-Fashioned Romance 101, Modern Romanticism 101, and Romantic Living 101.
Pin this article to read later! And make sure to follow us on Pinterest.
By Rissi JC on October 1st, 2015