Jerry and Lucy Warriner are a happily married society couple. Or so they think.  A misunderstanding causes an argument which leads Lucy to file for divorce. The judge grants them a divorce decree, but it is ninety days until it is final. While in court, the only point of contention which arises is who will receive custody of their beloved dog, Mr. Smith. The judge awards custody to Lucy but gives Jerry visitation rights. This provides Jerry and Lucy many instances to find themselves in each other’s company. 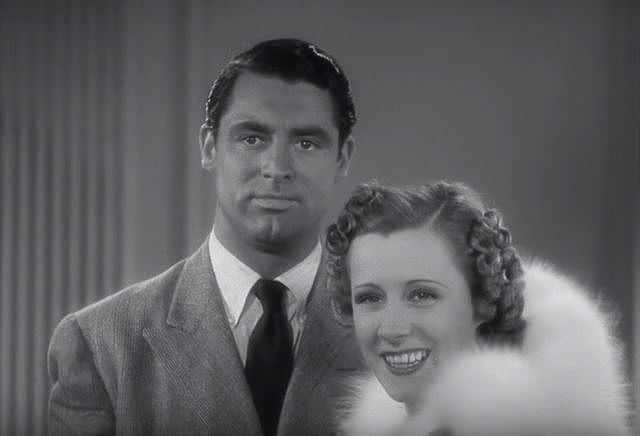 Lucy to Jerry -“You’ve come back and caught me in the truth, and there’s nothing less logical than the truth.”

Urged by her aunt to move on, Lucy begins dating Daniel Leeson, a wealthy rancher from Oklahoma. Jerry’s jealousy rears its’ ugly head (again). He uses his visitation rights with Mr. Smith to disrupt Lucy’s new relationship, planting doubts in both her and Daniel’s mind.

After an embarrassing scene in which Jerry thinks he will catch Lucy with the man he suspected her of having an affair with, Jerry finally learns the truth of his wife’s faithfulness. Hat in hand, he realizes his error and apologizes, just as Lucy realizes she still loves her husband. But when he finds the man hiding in her bedroom, his suspicions are re-confirmed and he finally decides to move on.However, Lucy will not allow Jerry to be rid of her that easily. The tables turn and it becomes her turn to meddle in her soon to be ex’s promising new relationship. Will Jerry and Lucy reconcile before their ninety days are up?

The Awful Truth is a screwball romantic comedy featuring the favorite classic film trope of a couple who divorces only to find themselves still in love with each other. It is the first onscreen pairing of Cary Grant and Irene Dunne who made a total of three films together. The director, Leo McCarey, had a unique filming style which kept the actors uncomfortable but on their toes. McCarey was the only one who had the full script and story outline. He forced his cast to improvise many of the scenes, to keep their performances fresh, honest and unrehearsed. Though it unsettled the actors, it led to comedy gold and an Oscar for the director.

Though both Grant and Dunne had been in pictures for several years, they had little experience in comedy. Neither one felt confident in a comedic role. But you wouldn’t know it from their performances. Their timing is pitch perfect, their repartee witty and sparkling. Their facial expressions are often more entertaining than their dialogue. The Awful Truth is a situational comedy, but the rapport between Grant and Dunne and how they react to each other is what makes this film so smartly funny. 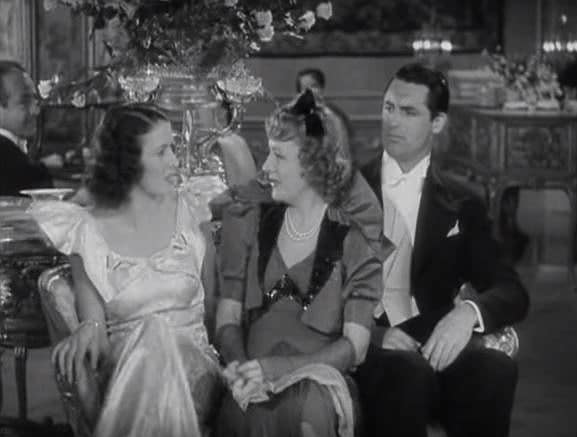 Cary Grant had many famous and popular leading ladies (including Katharine Hepburn, Ingrid Bergman and Grace Kelly). But many fans choose Irene Dunne as their favorite of his co-stars and it isn’t hard to see why. Just watch their interactions and expressions when they accidentally find themselves on a double date. Both try to talk up their dates, only to find themselves individually embarrassed by their dates’ behaviors. Or watch the scene when Lucy pretends to be Jerry’s sister when he meets the wealthy parents of his current amour. She acts like a working-class dancer while Jerry can only stand by helplessly watching while he is humiliated.

Of course, the supporting characters only add to the ridiculousness of the humor. Ralph Bellamy plays Lucy’s new love interest, Daniel Leeson. Bellamy most often played the clueless third wheel in films. He really does it up well in The Awful Truth, as a mama’s boy with a laughable Southern accent and a naivety that stretches believability. Cecil Cunningham plays Lucy’s wise Aunt Patsy with dry wit and a great side eye. Aunt Patsy is no fool. She “knows the score” when it comes to her niece’s heart no matter what Lucy says to the contrary. 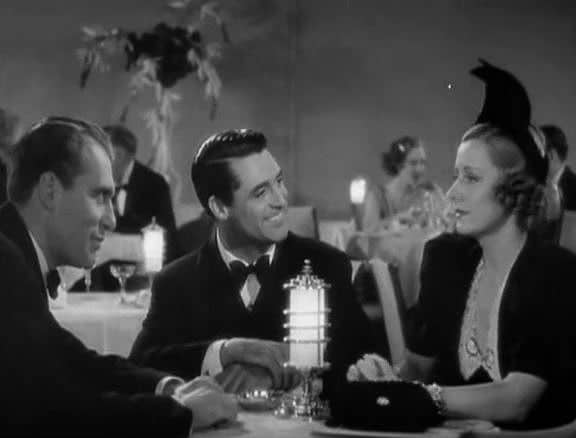 Dan Leeson: Are you sure you don’t like that fella? (Jerry)

Lucy Warriner: Like him? You saw the way I treated him, didn’t you?

Dan Leeson: That’s what I mean. Back on my ranch, I got a little red rooster and a little brown hen and they fight all the time too, but every once in a while they make up again and they’re right friendly.

Then there is Mr. Smith. Though the dog acts as a plot device, he is also very much a supporting character. Many classic films used animals in this way which is something we rarely see onscreen today. Smith (as Jerry calls him) or Smitty (as Lucy names him) has a personality of his own. Fans of classic movies will recognize the dog playing Mr. Smith as the wired-haired terrier who also appeared in The Thin Man series and Bringing Up Baby. Due to his popularity with fans, he was the highest paid animal actor of the time and was even given his own dressing room on the set of The Awful Truth.

Despite the fears of both Grant and Dunne and their uncertainty over the final results of this film, The Awful Truth is now considered a comedy classic. It can be found on many film lists as one of the best films and/or comedies ever made. Though it is over eighty years since its’ initial release it is still a fan favorite. With its talented cast, sharp humor, quick pace and happy ending, it is a delightful film sure to continue winning fans for years to come.

Fun Fact: In one scene Lucy refers to her husband as Jerry the Nipper. In the later film Bringing Up Baby, Katharine Hepburn uses this name to refer to Grant’s character, to which he responds by saying that it is something she made up from watching motion pictures.

Where to Watch: Available to rent or buy on Amazon or Google Play. Also available on DVD.

Have you seen The Awful Truth? What are your thoughts on this classic romantic comedy?

Our romance-themed entertainment site is on a mission to help you find the best period dramas, romance movies, TV shows, and books. Other topics include Jane Austen, Classic Hollywood, TV Couples, Fairy Tales, Romantic Living, Romanticism, and more. We’re damsels not in distress fighting for the all-new optimistic Romantic Revolution. Join us and subscribe. For more information, see our About, Old-Fashioned Romance 101, Modern Romanticism 101, and Romantic Living 101.
By Brittaney B. on March 15th, 2018