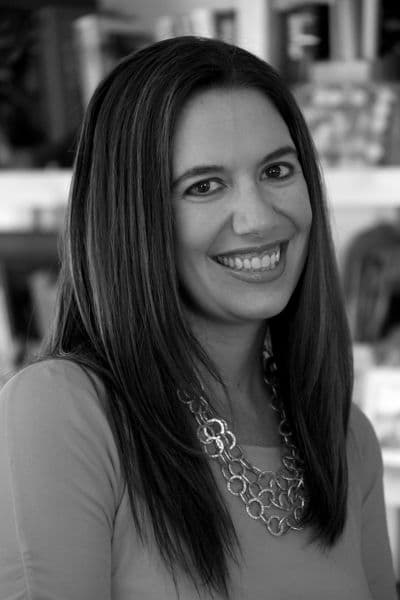 Today I’m thrilled to have T. K. Leigh, author of A Beautiful Mess (Book one in the Beautiful Mess Series), here to take our “Petticoat Personality Test.” I know you’ll love her answers as much as I do. Is there anything better than her favorite film? I could watch that movie on repeat. Anyway, read on to see what she has to say!

My favorite book of all time is The Great Gatsby. I remember reading it in 8th grade and loved it. Maybe it was the time period it was set in, but I’ve always been drawn to the story. It’s such a tragic love story and there is no happy ending. It was raw and real and I love it.

My favorite movie is Casablanca. I guess I’m a bit of an old soul when it comes to movies. Casablanca is a movie I can watch over and over again and never tire of it. The story between Rick and Ilsa always gets me. And who doesn’t love a line like “Kiss me. Kiss me as if it were the last time.”

My favorite TV show is a bit of a tough one, but I’m going to have to go with Mad Men. Hello Don Draper… 🙂

None of the above…  My hubs turns me on…  I don’t need a fictional character for that… But if I were to choose one, Captain Hook from Once Upon a Time. Hubba hubba hubba….  Oh, and I know it’s animated, but Flynn Rider from Tangled. Yup… I totally swoon over him.

Music, in general, inspires me. Music is a HUGE part of my Beautiful Mess series. And music has always been a huge part of my life. I started to play piano at five and never stopped. So when I sat down to start writing, music was my inspiration for a lot of the things that happen in the book. If I found a particular song that I liked, I wanted to recreate that feeling somehow in my books. When I was writing the series, I listened to such a wide range of music, from Billy Joel to Bruno Mars (Hello Gorilla – great schmex scene writing song!), to Damien Rice and everything in between.

This is a hard one. But I absolutely LOVE the movie Shakespeare in Love and I adore the chemistry between Will and Viola in that movie. It was always a huge Shakespeare buff in high school and loved the concept behind the movie.

Emily Thorne (or the real Amanda Clark) from Revenge. She’s such a badass!

I’m reading a draft of the second book in my Beautiful Mess series. It’s called A Tragic Wreck and it’s such an emotional roller coaster. Even more so than A Beautiful Mess. And it only gets worse the further into the series we get. I’m not watching anything, but I’m listening to Jason Mraz. 🙂

Cupcakes! My husband and I have a ritual that every Friday is cupcake day in our house. We go to a local cupcake store and buy 4 cupcakes and after dinner, we sit down and eat the cupcakes. It’s a little reward for us for all the running we’ll be doing during the following weekend. We’re both marathon runners, so we consider it to be carbing up!

A cat… They sleep 20 hours of the day. And are fairly intelligent. Sometimes…

I’m going to be a bit cheeky and say mine! And a bunch of my fans would probably love seeing “A Beautiful Mess” on the big screen. Especially with Adam Levine as Alexander. 😉

T.K. Leigh, otherwise known as Tracy Leigh Kellam, is a producer/attorney by trade. Originally from New England, she now resides in sunny Southern California with her husband, dog and three cats, all of which she has rescued (including the husband). She always had a knack for writing, but mostly in the legal field. It wasn’t until recently that she decided to try her hand at creative writing and is now addicted to creating different characters and new and unique storylines in the Contemporary Romantic Suspense genre.

When she’s not planted in front of her computer, writing away, she can be found running and training for her next marathon (of which she has run over fifteen fulls and far too many halves to recall). Unlike Olivia, the main character in her Beautiful Mess series, she has yet to qualify for the Boston Marathon.

ABOUT A BEAUTIFUL MESS 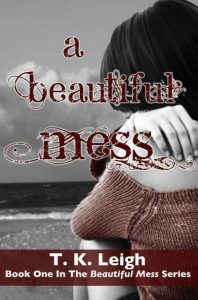 What happens when you lose everyone that promised they would always be there for you? How can you protect the few pieces of your shattered heart that remain?

Olivia Adler is a woman with a troubled past. After losing her parents at the young age of six and being raised by an uncle who she lost years later, she refuses to get attached to anyone, including friends. For the past decade, she has been able to remain unattached to any man, too worried about losing someone to get too close. Until Alexander Burnham walks into her life one night and changes everything. But he has issues of his own. And he’s keeping a secret that could turn her world upside-down. Will Olivia let Alexander in enough for him to get close and protect her from a force threatening her very existence, or will she push him away, scared of letting Alexander in, in order to protect her heart?

A Beautiful Mess is the first installment of a three-part series sure to captivate the heart with a story of secrets, courage, and love

Our romance-themed entertainment site is on a mission to help you find the best period dramas, romance movies, TV shows, and books. Other topics include Jane Austen, Classic Hollywood, TV Couples, Fairy Tales, Romantic Living, Romanticism, and more. We’re damsels not in distress fighting for the all-new optimistic Romantic Revolution. Join us and subscribe. For more information, see our About, Old-Fashioned Romance 101, Modern Romanticism 101, and Romantic Living 101.
By Amber Topping on September 12th, 2013