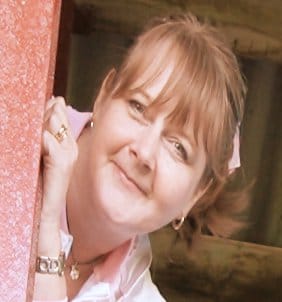 Today we’re excited to have YA Science Fiction Writer Suzanna Williams here to take our test to let you know a little bit more about her. She’s author of the books ShockWaves and Ninety-Five Percent Human and is sharing her answers all the way from Wales. So give her a warm welcome!

I struggle with these ‘favourite’ type questions because I’m a rather fickle, love-the-one-you’re-with type of girl. However, I’ve just done a re-watch of all three seasons of Roswell (it’s still awesome and shouldn’t have been cancelled so soon). I have copies of Robin Hood Prince of Thieves going back to video-tape and have reread Where She Went by Gayle Forman several times. Guess they’re my all-time favourites (for the moment).

Ooh, how many can I choose?

From the TV: Damon from Vampire Diaries, Michael from Nikita, Sam and Dean (yes, both of them) from Supernatural. And then there’s Nathan Fillion. I loved him in Firefly (another prematurely cancelled show). I still love him in Castle. Did you know his birthday is the same as mine?

Book boyfriends: Adam from Where She Went, (love the wounded rock star type) and Elder from Across the Universe (the always-trying-to-do-the-right thing, will-die-for-you leader type is a total turn-on).

Mr Bean, Will Ferrell and Edward Cullen (or any cold, dead vampire for that matter).

The Transformers soundtrack by Steve Jablonsky is my all time favourite writing music. It’s epic on an epic scale. The score rises and falls taking you on an emotional roller-coaster journey. Very inspirational.

Roswell had two very different but very believable couples. Max and Liz had a deep soul-mate connection with amazing chemistry whilst Michael and Maria’s passionate, sexy, volatile relationship really made the show great. Loved them.

I’d be Hermione from Harry Potter; apart from the part where I have to marry Ron. She was smart and she could do magic. Perfect life.

I have bookmarks in Ultraviolet by J Anderson and Fallen by Lauren Kate.

2013 ended with a couple of great movies, Catching Fire and Now you See Me but right now I’m watching Beauty and the Beast. Jay Ryan as Vincent Keller has an incredibly sexy voice. 🙂

I’m in love with waaaaay too many book boyfriends.

Umm, if mythical creatures count, I’d be a dragon. All that flying and fire-breathing would be right up my street.

But if I have to choose ordinary animals, I’d be a cat. No-one expects anything of cats, they get a place by the fire and well fed but then they can slink about and think their own thoughts. Oh, and having nine lives would be a bonus.

I’ve always hoped Ninety-five percent Human would be picked up as a TV series, a kind of Roswell set in Wales. I’ve already got it planned. Taking Chances would be the theme tune and Steven R McQueen would be Joe.

“Suzanna Williams is a perpetually eighteen years old YA author who lives in the wild, wet, Welsh borderlands surrounded by ruined medieval castles and Celtic mythology where she looks for UFO’s amongst the stars and imagines all the people she meets have dark secrets.

When she is not inventing radical problems for her unsuspecting heroes and plotting their escape, Suzanna is a serial collector of random badly paying jobs and has never found a use for her BSc in Psychology whatsoever.

As a child, Suzanna filled notebook after notebook with stories and her first taste of writing success was a poem published in the local newspaper aged just nine years old. She has written and directed several plays and pantomimes before publishing her debut novel, ShockWaves, in 2012.

Suzanna loves sci-fi action adventures, playing the piano, believes Romeo and Juliet should have talked more and considers sarcasm to be the highest form of wit.

Sixteen year old, Joe Kendrick, thinks he’s got problems. The farm he’s looked after since his father’s suicide is failing and his brother wants to sell it, his girlfriend has dumped him and his normally down-to-earth Nan starts muttering about seeing UFO’s. And all Joe wants is to live a ‘normal’ life.

Ninety-five percent Human is the first in a two book series.

Our romance-themed entertainment site is on a mission to help you find the best period dramas, romance movies, TV shows, and books. Other topics include Jane Austen, Classic Hollywood, TV Couples, Fairy Tales, Romantic Living, Romanticism, and more. We’re damsels not in distress fighting for the all-new optimistic Romantic Revolution. Join us and subscribe. For more information, see our About, Old-Fashioned Romance 101, Modern Romanticism 101, and Romantic Living 101.
Pin this article to read later! And make sure to follow us on Pinterest.
By Amber Topping on January 24th, 2014