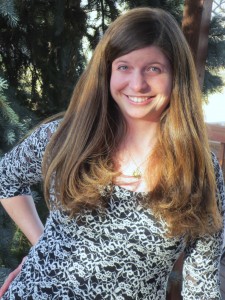 Today we’re pleased to have Author Jessi Hersey of the newly released book, Changing the Bloodline taking our Petticoat Personality Test. So without further ado, read on to find out about some of Jessi’s favorites!

That’s a really hard question. I have many favorites.  My favorite shows are Beauty and the Beast, New Girl, Once Upon a Time, Bones, The Ellen DeGeneres Show, Revenge, Pretty Little Liars and The Voice. My favorite movies are Fried Green Tomatoes, Part of Me, Mister Foe, The Phantom of the Opera, The Amazing Spiderman and Now You See Me. My favorite books are Safe Haven, anything and everything Shakespeare including parodies, The Hobbit, Fahrenheit 451, The Host, Hunger Game Series, The Lucky one, The Longest Ride, Of Mice and Men, If Tomorrow comes and 1984. As you can tell I have very sporadic favorites of every genre.

Definitely Vincent from Beauty and The Beast. Not only is he Hot but he is also a beast. That’s a two for one deal I just can’t pass up and don’t mind looking at him for long periods of time.

Katy Perry is always my jam that I listen to when I am writing. Katy is a huge inspiration for me; in her music she writes honestly and I love that. Here are some of the songs I listen to  such as “Fingerprints,” “Pearl,” “California Gurls,” “By the Grace of God,” “This Moment,” “Firework,” “ Double Rainbow,” “This is How we do,” “Ghost,” and “Roar.” I also listen to Deborah Cox, Christina Aguilera, and Fall Out Boy.

Nick and Jess, VinCat, Beth and Mick st. John, and Booth and Bones. They are couples that complete each other; they are each other’s better half and see the world differently from the other, which makes them stronger as a couple.

I am reading “Death with interruptions” By Jose Saramago

Wolf/leopard. Why both? Because I love wolves and the fact they work together as a pack/family to keep each other going. I have string family values just like the wolf in a sense. The leopard because they are independent and silent when pouncing on prey. That is how I am in when I write and just me in general like a leopard.

Probably Wicked, Son of a Witch and Out of Oz. The whole series deserves to become multiple movies. Its first off a brilliantly written book with beautiful descriptions. Second, Wicked is already a Broadway play.

About Changing the Bloodline 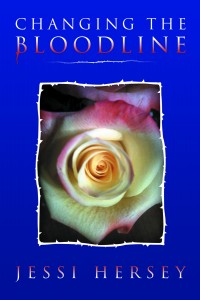 Abbey Price is a school psychologist who is shaken to the core when, just weeks into a new job in Bloomfield, New Jersey, one of her students commits suicide. Worse, as she grapples with her emotions and attempts to help her traumatized students, a body is found in a town dumpster. Mike Russo comes from a traditional Italian family that keeps old rules sacred, respects a code of silence, and values reputation. Handsome and mysterious, Mike prides himself on being different from his family, especially when it comes to choosing the right woman. When Abbey and Mike meet on a blind date, she lets her guard down and willingly invites him into her life—unaware that he is hiding a dark secret. In this passionate thriller, a young woman on a journey to find love is swept into a world full of deception, violence, and death that eventually leads her on a quest for justice in the midst of a centuries-old battle where justice does not exist.

Jessi Hersey earned a BA in psychology from the University of Northern Colorado. She is a published poet who lives with her family in Louisville, Colorado, where she spends most days writing stories.

Our romance-themed entertainment site is on a mission to help you find the best period dramas, romance movies, TV shows, and books. Other topics include Jane Austen, Classic Hollywood, TV Couples, Fairy Tales, Romantic Living, Romanticism, and more. We’re damsels not in distress fighting for the all-new optimistic Romantic Revolution. Join us and subscribe. For more information, see our About, Old-Fashioned Romance 101, Modern Romanticism 101, and Romantic Living 101.
Pin this article to read later! And make sure to follow us on Pinterest.
By Amber Topping on November 29th, 2013