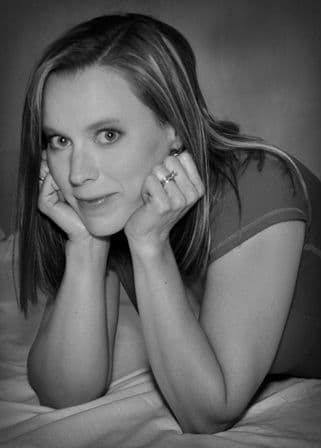 Today I am excited to have Erin Albert, author of The Prophecy (which debuts in November 2013) here to take our “Petticoat Personality Test.”  She agreed to answer our fun questionnaire and I know you’ll love her answers as much as I did!

My favorite books would have to be the Percy Jackson series (followed closely by Vampire Academy Series, Infernal Devices series, and Game of Thrones series).  Ironically, I didn’t think I’d like Percy Jackson when my friend Danielle first suggested I read it!

My favorite movie is a tough call, but I’m going to go with Tombstone.  I have had a lifelong crush on Val Kilmer, and the story is awesome.  I ended up writing my high school term paper on Wyatt Earp and Doc Holliday.  Also, I saw it in the theater four times with my dad, so I have good memories associated with it too.

My favorite TV show is probably Game of Thrones (though I’d rank Justified, Vampire Diaries, and Modern Family pretty high up there too).

Alcide from True Blood, played by Joe Manganiello, really gets my motor running.  I’d LOVE to touch his abs (do you hear that, Joe??).  😉

In the movies, I can’t get enough of Thor.  Watching him wield that hammer and save the world makes my knees weak.

When I read anything about Adrian Ivashkov in the Vampire Academy and Bloodlines series, I swoon.  He’s witty but deep.  I love that.

I don’t like the smarmy scoundrel types or the lecherous and lewd.  A good example of that type character would be every male in the Bennett Family from Justified.

I really love to listen to the Pink radio station on Pandora.  I end up getting a fairly broad mixture of awesome music.  For my debut novel, The Prophecy, I listened to “I Won’t Give Up” by Jason Mraz a lot.

Is there any movie or TV couple past or present you obsess over?

I obsess quite frequently over the Elena/Damon/Stefan triangle on Vampire Diaries.  I love both brothers and can’t decide which one I think she should have.  Either way, I’ll take the one she doesn’t want.  LOL!

In real life, I’m obsessed with Tim McGraw and Faith Hill.  I saw them in concert back when they first became a couple.  She was pregnant at the time, but no one knew.  I’ve also seen them a couple of times in concert together since then.  They are incredibly cute together.

I think I’d like to be Annabeth in the Percy Jackson series because a) I’d be a demigoddess b) I’d live an exciting life c) Percy would be in love with me.

Right now, I’m reading books for work instead of pleasure.  I just finished watching True Blood, so now I’m waiting for Bones, Boardwalk Empire, and Game of Thrones to come back!

How much time do you have?  LOL!

I’d be my cat, Trinity.  She’s loved and pampered to the high heavens.  Plus, she gets to meander around doing whatever she wants and take naps all the time.  I could live that life.  😉

Shamelessly, I’d say my debut novel, The Prophecy.  My Dream Team and I already have the cast picked out, so that work is done.  We’re ready for you, Hollywood!  LOL!

Erin Albert is an author and fitness trainer.  Since she picked up Morris the Moose Goes to School at age four, she has been infatuated with the written word.  She went on to work as a grammar and writing tutor in college and is still teased by her family and friends for being a member of the “Grammar Police.”  In her free time, Erin enjoys acting, running, kickboxing, and, of course, reading and writing.

Our romance-themed entertainment site is on a mission to help you find the best period dramas, romance movies, TV shows, and books. Other topics include Jane Austen, Classic Hollywood, TV Couples, Fairy Tales, Romantic Living, Romanticism, and more. We’re damsels not in distress fighting for the all-new optimistic Romantic Revolution. Join us and subscribe. For more information, see our About, Old-Fashioned Romance 101, Modern Romanticism 101, and Romantic Living 101.
By Amber Topping on August 31st, 2013