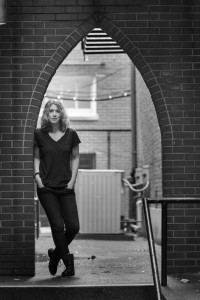 Today we have the author AshleyRose Sullivan of the superhero fairy tale Awesome Jones here to take the petticoat personality test! So please give AshleyRose a warm welcome and read all her great answers below to get to know a little bit about her and her book.

I have a for real thing for Evil Geniuses. Khan, Hannibal Lector, Moriarty (I love what they’re doing with Moriarty on Elementary) R’as Al Ghul. I don’t like every iteration of all of these characters but I love some of them.

It might seem a little counter-intuitive but—evil for the sake of itself or, similarly, evil-because-they’re-crazy. Really, any characters that don’t seem to have any kind of real motivation behind what they do.

I tend to go through phases often try to match my music to whatever I’m working on. For Awesome Jones, I listen to a lot of Josh Ritter, David Bowie, and REM. When I work on Silver Tongue (my alt-hist fantasy to be released later this year) I listen to a lot of Adele and Cyndi Lauper and Ani DiFranco.

I think I’d have to go with Olivia from Fringe. She has a rough time thanks to all the ridiculous super-science going on around her and the universe constantly re-setting but she’s tough and honorable and surrounded by the people she loves. Bonus points for super powers.

I’m reading the first Game of Thrones novel. After a few tries, I just couldn’t get into the TV show but I loved the idea of this world and these characters. So far, I’m really enjoying it. I love the tough chicks, clever dialogue, and interwoven plots.

I’m also reading the re-issue of the British 80s comic Miracle Man. It’s an interesting, intelligent take on Golden Age comics and it’s even more interesting to look at it now, after it’s already influenced so much other stuff.

Not really. Everything I love, I love it publicly and without hesitation.

When I was a kid, I fantasized about having the ability to transform into a panther. I remember wishing this upon several stars. As an adult, I don’t think I’ve changed all that much. I’m a big cat who’s tough but clumsy. I think about food almost constantly and love taking naps in sunbeams.

This is kind of a sideways answer to your question but I am completely obsessed with turning Bleak House into a comic book. I spend way more time thinking about it than I ought to. I’d love to work on a project like that.

“Born and raised in Appalachia, AshleyRose Sullivan has a BS in Anthropology and an MFA in Creative Writing. She lives, writes and paints in Los Angeles with her husband and their many imaginary friends.

AshleyRose has moved 35 times. She’s been the oldest, the youngest, the middle and the only child. She has worked as a taxidermist’s assistant, a milkmaid, and a story time lady. She’s a power-lifter, a left-handed artist, and a right-handed knitter. Her library is organized by color.” 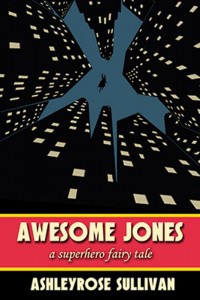 “The only thing Awesome Jones wants is to be a super hero. Until he falls in love.

Despite his colorful name, Awesome Jones is a painfully average man who dreams of being a super hero, just like the ones who patrol his city. It’s been that way since he was a little boy, raised by his grandfather after his parents’ death.

The day Jones starts his new job as a file clerk at Akai Printing Company he meets secretary Lona Chang and everything changes. Lona sees something in Jones that no one ever has and the two quickly become inseparable. But when the perfect pair’s domestic bliss is threatened by a super-powered secret from the past, Awesome Jones has to make a choice. He must decide whether he should play it safe or find the strength to live up to his name and risk everything he’s come to love to save the day like he always dreamed.”

Buy the book on Amazon HERE

Our romance-themed entertainment site is on a mission to help you find the best period dramas, romance movies, TV shows, and books. Other topics include Jane Austen, Classic Hollywood, TV Couples, Fairy Tales, Romantic Living, Romanticism, and more. We’re damsels not in distress fighting for the all-new optimistic Romantic Revolution. Join us and subscribe. For more information, see our About, Old-Fashioned Romance 101, Modern Romanticism 101, and Romantic Living 101.
Pin this article to read later! And make sure to follow us on Pinterest.
By Amber Topping on May 9th, 2014