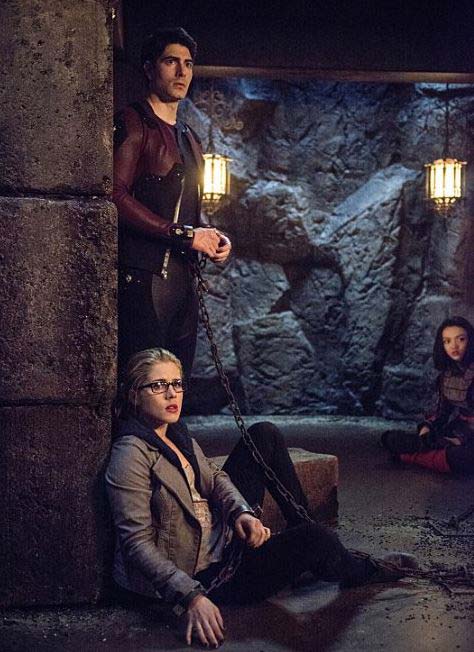 This is Your Sword Recap

In an uneven season (one that is almost always entertaining at least), “This is your Sword” proved to be quite the epic episode. Not only is Ra’s Al Ghul about to release a virus on Starling City, but it turns out Oliver was faking his cold persona all along and is in cahoots with Malcolm Merlyn. What goes down after this is basically one of the best battle sequences on the show to date… 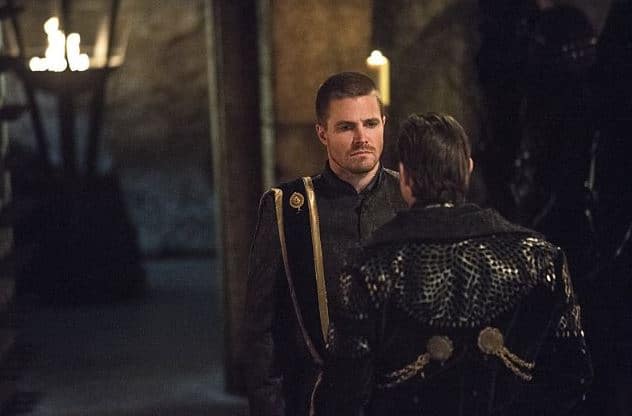 After Oliver’s betrayal last week (i.e. kidnapping Diggle’s wife and leaving his child unattended), Diggle is full of rage. He’s even taking his anger out on unsuspecting criminals. Felicity tries to talk him down, but Diggle feels as if he’s been stabbed in the back by his best friend. Felicity doesn’t see it that way, because Al Sah-Him is not Oliver Queen in her mind. The real Oliver is dead.

Or so she thought. As previously mentioned, Oliver was faking the whole time (something I thought might be the case after Oliver didn’t let the league search Felicity last week). What did surprise me, however, was that Malcolm was part of the plan the whole time. The two planned to dismantle the league from the inside. What they didn’t plan was Ra’s going after Starling City so soon.

Now Malcolm has to convince Team Arrow to help, but that’s an ordeal considering no one trusts him. To be more convincing, Malcolm brings Tatsu to meet the team. With news that Oliver is still Oliver, Laurel, Felicity, and Diggle don’t know what to believe. While Felicity doesn’t want to have anything to do with the plan, Diggle and Laurel believe the city is in danger.

What does convince Felicity? A nice conversation between her and Tatsu about the men they love. Turns out that Felicity was the last thing Oliver thought about before he “died.” With that thought and advice from Tatsu that she wished she had gone after Maseo while she had the chance, Felicity is on board and ready to fight for Oliver. 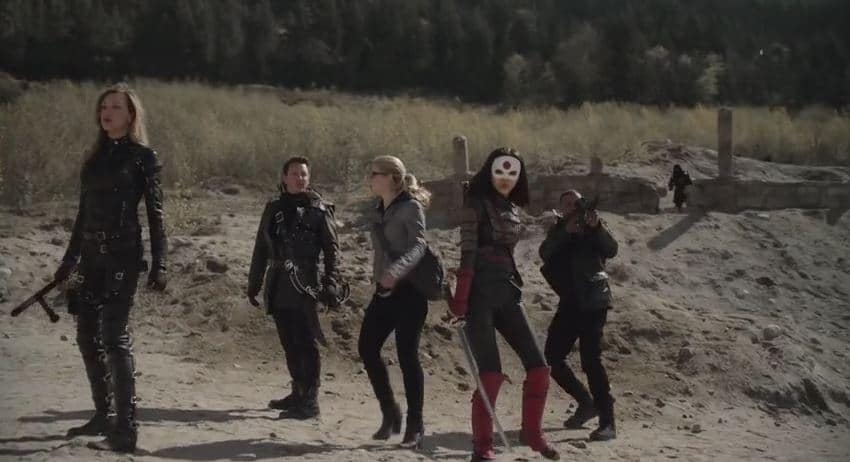 Once in Nanda Parbat, the team is ready to fight. The battle begins as they face off against the League of Assassins. Guns, Swords, hand to hand combat; this was quite the choreography (so props to the choreographers and stunt men and women). Laurel fights a few in the league only to be saved by Malcolm (something she would never reciprocate), Diggle takes out several with his gun, and Felicity thinks she takes out an assassin with her tablet…Then there is Ray who shows up as the ATOM to take out a plane and bring some added humor to the already entertaining battle (more scenes like this please). 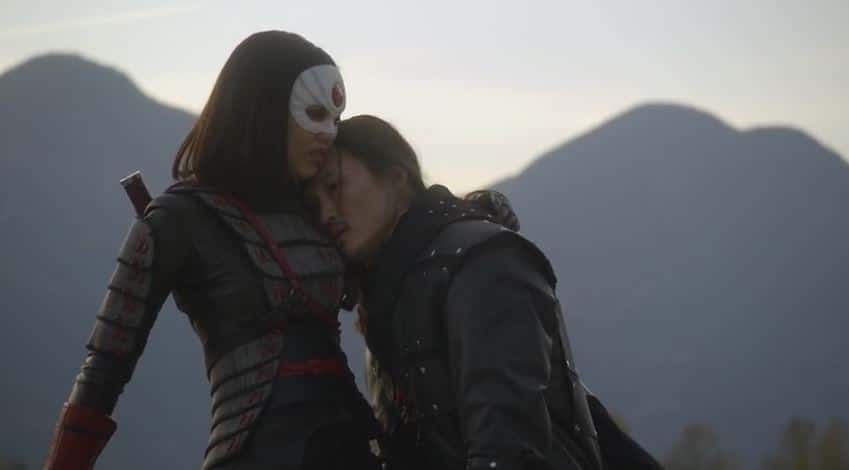 But with humor also comes tragedy. Sadly, Tatsu battles against Maseo who is Maseo no longer. The fact that he’s willing to fight his wife says a lot. This is a man in a prison that can’t break free. Tatsu fights for his soul, but he’s too far gone. And just when he is about to kill the woman he loves, she kills him with her Katana sword. He thanks her for breaking him free from his prison. He will be with his son soon. And while heartbreaking, I found this quiet death to be romantically tragic. Just seeing Maseo die in Tatsu’s arms was a beautiful shot. I guess Maseo could only ever be free after death. It’s a pity this husband and wife couldn’t have reunited before their story came to an end. Some stories just don’t get a happily ever after.

Captivity and a Marriage 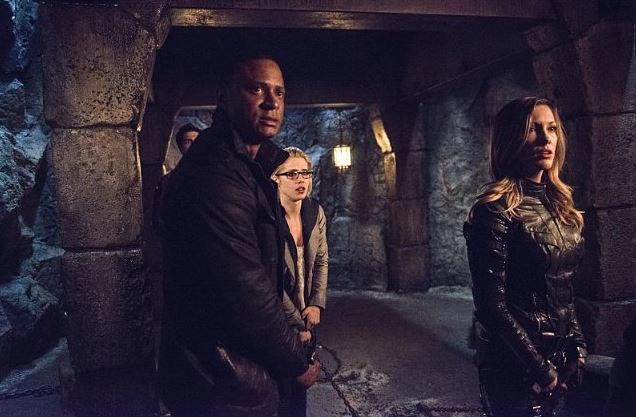 And just after seeming to win the battle and destroy the virus on the plane, Ra’s Al Ghul arrives on the scene with Oliver to reveal the virus was never there. He was testing loyalties and someone failed. Team Arrow is captured but they won’t give Oliver’s name as the traitor. They just say Maseo because he’s dead. It is clear Ra’s Al Ghul doesn’t believe this.

After sticking them in the prison, Oliver calls Diggle to his room. He attempts to tell Diggle the truth but Diggle will hear none of Oliver’s excuses. For now, it seems like this friendship is over. Hopefully, they can fix it soon. 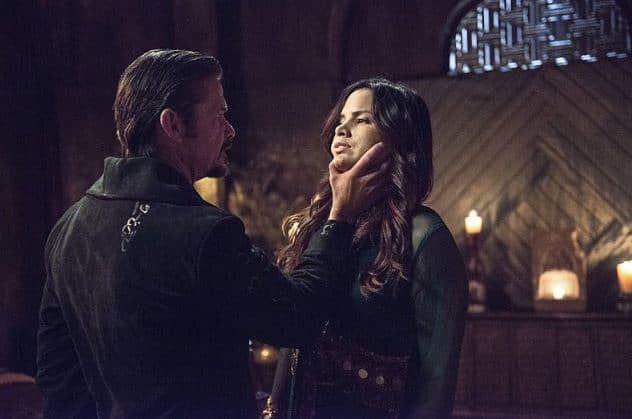 Something that can’t be fixed is Nyssa’s relationship with her father. While bonding with her over her mother, Ra’s reminds Nyssa that she will bend to his will no matter what and what he wanted was her marriage to Al Sah-Him. Good thing Nyssa is a fighter, stealing a knife to prevent such a horrific union in which she is expected to bear Oliver’s children. 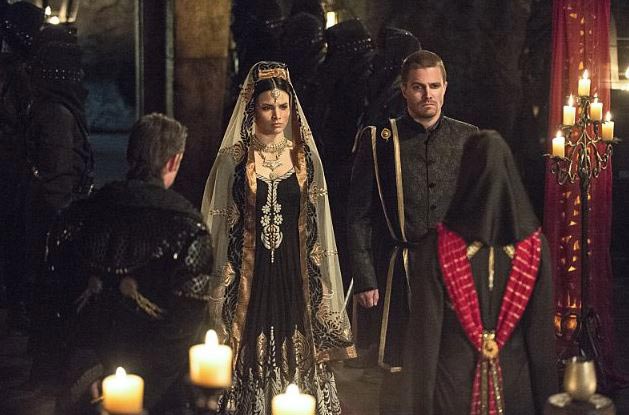 Clearly, Felicity and Oliver aren’t too thrilled about this union either. But there is nothing to be done to stop it. After attempting to save his own skin, Malcolm tells Ra’s Al Ghul Oliver is the real traitor. Ra’s then tests Oliver by putting the virus in his friends’ dungeon (Malcolm too). Oliver supposedly leaves them to die, while he marries Nyssa (who at least puts an effort into killing Oliver). Hope seems just about up. 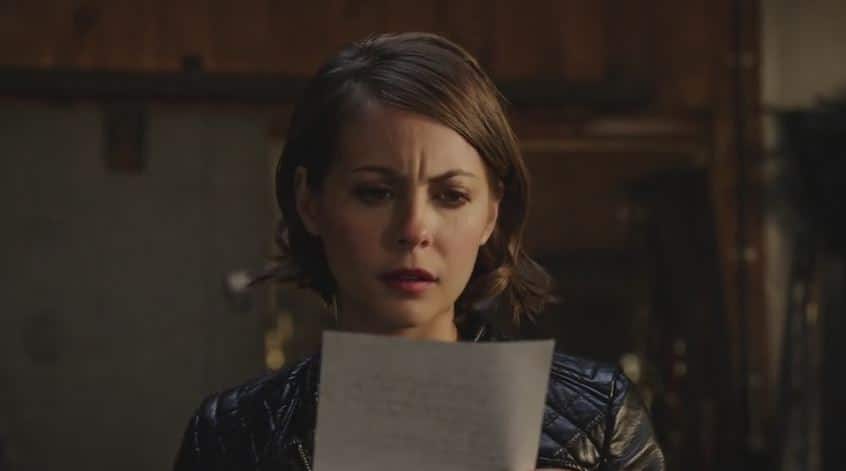 Aside from the main plot, is the Roy and Thea subplot. Not sure how to deal with her resurrection, Thea goes off to find Roy (now called Jason). She finds him working as a mechanic, and he admits to being bored with his new life. Good thing Thea gave him his Arsenal jacket back! The two lovers reunite, but it isn’t meant to last. When Thea wakes up, Roy is gone and has left her a romantic letter. He will always love her but her life isn’t meant to be on the run. She has a different destiny, a destiny in red. Turns out, Roy left her his jacket. Could Thea be the new Arsenal?

While I love Maseo and Tatsu, I honestly feel like something hasn’t quite worked about the flashbacks this year. I still can’t put my finger on it, but yet again the flashback seemed jarring. It was like I was watching something that I already knew what was going to happen. It kind of kills the tension. Anyway, as Maseo and Tatsu’s son dies in Tatsu’s arms, Oliver and Maseo attempt to find the cure. After taking someone hostage, it is revealed that there is no cure and that the boy had already died. 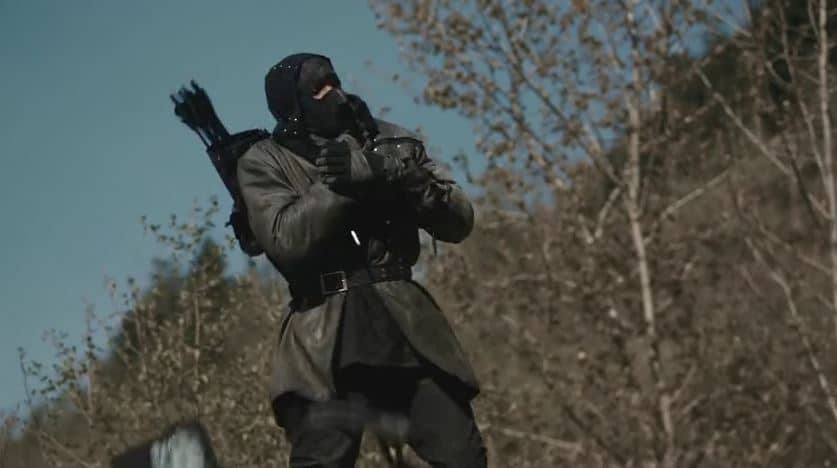 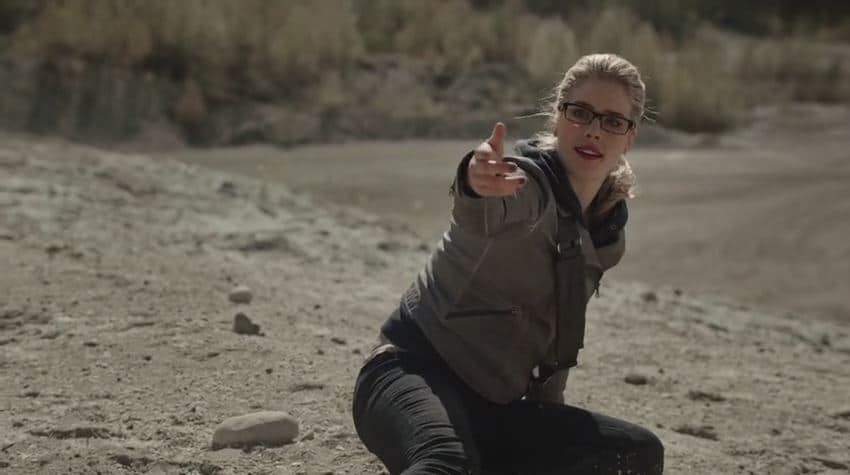 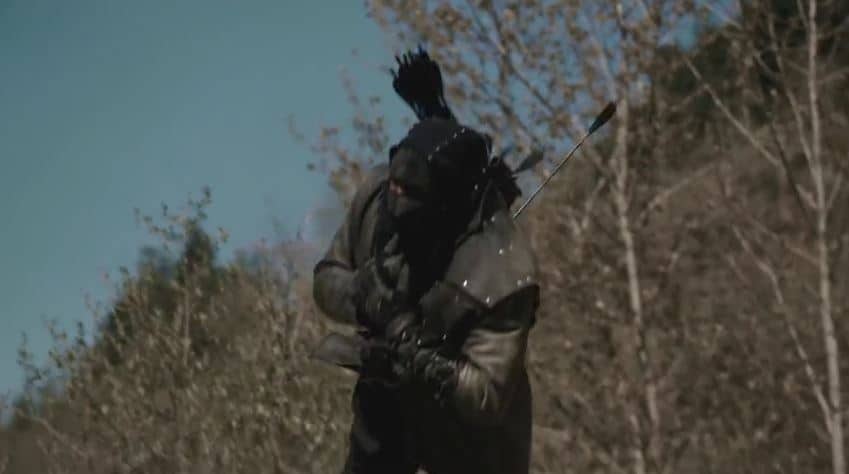 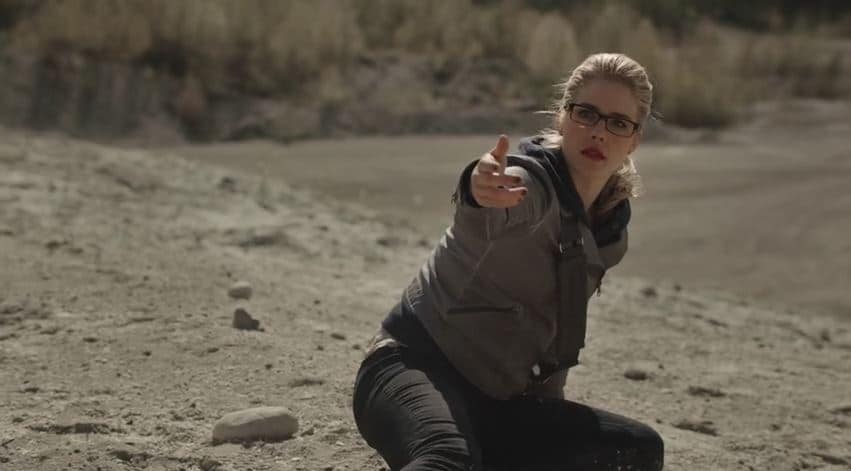 Felicity: Oh. That makes more sense. (After realizing she didn’t kill the assassin with her tablet, but rather it was Malcolm’s arrows).

Anyone else excited to see the Flash return next week?

So, Ray sneakily got Felicity to sign some kind of transfer of ownership? Do you think he’s giving her Palmer Industries? Will we get to see Oliver return to his company next season?

Am I the only one that wants to see Nyssa be the one to take down her father? It would be rather fitting after his behavior towards his own daughter.

I have to admit that I kind of loved the secret looks Oliver gave Felicity (like when she found out about the wedding), but I would have loved to have seen more star-crossed type scenes going down in the episode. It would have been great for the two to reunite secretly, both in danger while doing so. They could have played it up more in my book, but maybe that’s just me.

What did you think of “This is Your Sword?” Sound off in the comments…

Our romance-themed entertainment site is on a mission to help you find the best period dramas, romance movies, TV shows, and books. Other topics include Jane Austen, Classic Hollywood, TV Couples, Fairy Tales, Romantic Living, Romanticism, and more. We’re damsels not in distress fighting for the all-new optimistic Romantic Revolution. Join us and subscribe. For more information, see our About, Old-Fashioned Romance 101, Modern Romanticism 101, and Romantic Living 101.
Pin this article to read later! And make sure to follow us on Pinterest.
By Autumn Topping on May 7th, 2015