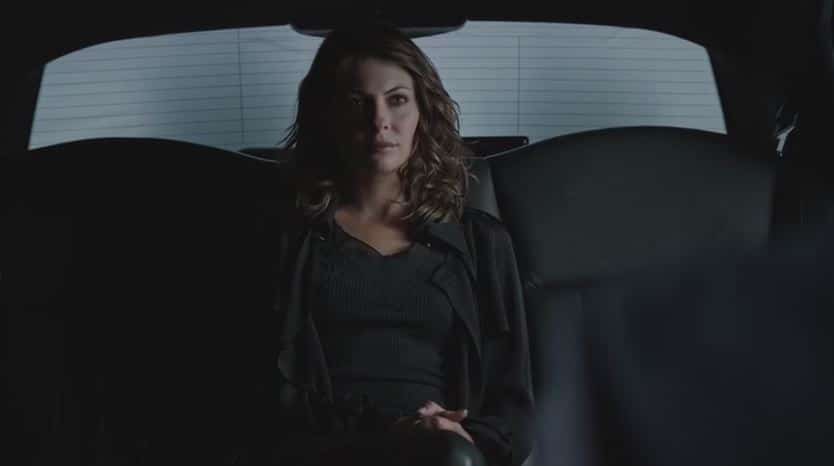 Six months ago Thea, tired of all the lies (reminiscent of Lana Lang anyone?), jumps into the limo of one of the biggest liars of all, her biological father Malcolm Merlyn. He tells her she can pick any destination she wants. They end up in Corto Maltese where he begins to train her because she doesn’t want to feel pain ever again. He starts by pouring hot wax over her hand. The goal? To not flinch; to not feel anything.

As time ticks by, Thea still can’t do it. Malcolm, seemingly paternal, gives his daughter a hug to comfort her. When he lets go, he realizes he shouldn’t have been training her as a daughter but a pupil. Then, coldly, punches Thea in the face. Calling him “sick” (which he most definitely is), Thea fights back. Thea’s training has begun, but what is it all leading to? 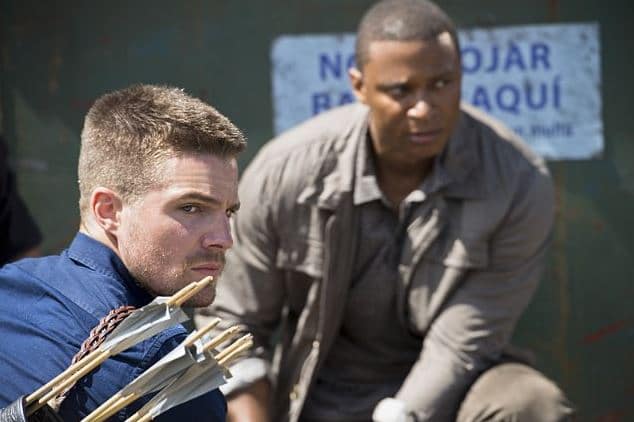 After six months of leaving Thea in peace, Oliver decides it’s time to finally bring her home (though where that home is, is a big question because Oliver seems to be living in the foundry). With the help of Felicity’s tracking skills, they discover that she is living in Corto Maltese. Ray and Diggle tag along; Diggle mainly agrees because Lyla asked him to check on an M.I.A. agent in the field. The agent hadn’t checked in on time. Anyone else get a weird vibe off Lyla and the whole Waller deal?

Anyway, off goes three-fourths of Team Arrow to Corto Maltese. Checking in on the agent for Diggle’s A.R.G.U.S. business, Diggle and Shaw (the agent) face off until Diggle activates and proves his identity with an activation code. Shaw claims a sale is going down, a sale that would lead to the information of A.R.G.U.S. agents and their families (which includes Diggle’s baby). They go to the “meeting” only for Shaw to betray Diggle and take the code. It was a setup that thankfully had Oliver standing guard. The Arrow team takes down the sale (again thanks to Felicity’s back at home skills), even using guns in the process. When Diggle finally faces off against Shaw, the man who had threatened Diggle’s family, he begs Diggle to tell A.R.G.U.S. he was dead, that he only did the sale to escape Waller. He wants to be free, to live a life where he has choices. Uh oh! This spells trouble I think…

Meanwhile, Oliver arrives at where Thea is living, which happens to be a mansion under the name Mia. Inside, Malcolm holds an arrow up to shoot Oliver. A groundskeeper (I think) leads Oliver to where Thea works, and Malcolm lets down his arrow. One has to wonder why Oliver doesn’t question Thea’s wealthy living arrangements more…

When he finally meets up with Thea, she IS happy to see him but claims she is never going back to Starling City. She just got tired of all the lies. Later, Roy even pleads with Thea to return, apologizing for his behavior before. Thea seems touched but she still says no. For a young woman that just wants the truth, Oliver realizes that if he wants Thea back, he needs to come clean with everything. Diggle convinces him otherwise, that the Arrow lie will just be that one more lie tacked on to it all, that this lie will lead Oliver to lose Thea forever.

With this thought in mind, Oliver has a new plan: tell Thea another truth, a truth about their father Robert. In an emotional plea for her to come home, that he needs her, Oliver confesses that their father didn’t die on the boat, but rather committed suicide in order for Oliver to live. Both their parents sacrificed their lives so their children could live. That’s who they were. This truth seems to do it, and Thea tells Malcolm she’s ready to go home. They duel, Thea wins (clearly he let her win due to his own agenda), and Thea shows up at the airport ready to return to Starling City, clearly a different person. When hot coffee lands on her hand, she doesn’t even flinch. 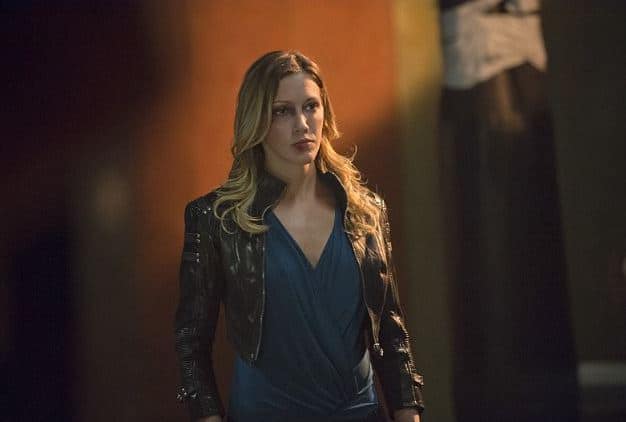 In the meantime, Sara’s death has lit a fire under Laurel, an anger that can’t be quenched with her old friend booze. She needs a release and that release seems to be found in boxer Ted Grant who offers to train her. When they first meet, Laurel acts like a holier than thou DA on a hunt, but Ted Grant stands his own and sees something in Laurel. When she’s ready, he tells her to call him.

Attending an A.A. meeting, Laurel listens to a girl abused once more by her alcoholic boyfriend. Enraged that the police can’t do anything about it, Laurel puts on Sara’s leather jacket, covers her face and attacks this “boyfriend” with a bat. Obviously Laurel hasn’t thought this through. He turns it around and beats Laurel. She isn’t trained after all. She isn’t Sara. She isn’t the Canary, at least not yet anyway. Seeing Laurel in the hospital bed, Captain Lance pleads with Laurel to let it be, to never do something this stupid again. She promises, but I don’t think any of us at home buy it…

Realizing now that she has no fighting skills, Laurel asks Oliver to train her but he will hear none of it. Laurel claims that when she puts on the jacket, she feels as if Sara is alive again, but Oliver won’t train her. Sara would have never forgiven him. She has one last choice left, turning to Ted Grant. Dinah Laurel Lance is ready to begin training. 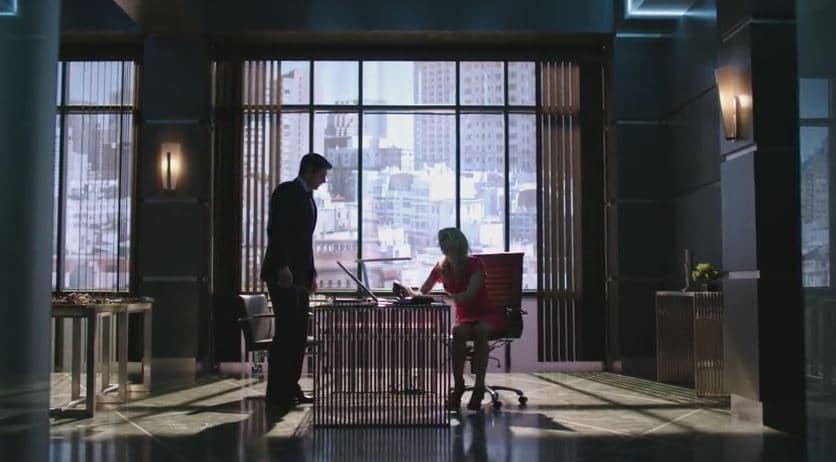 As the boys go off to Corto Maltese, Felicity goes off to her new job, a job that she hasn’t quite revealed to Oliver just yet. I don’t know about anyone else, but I eagerly await THAT conversation. When Felicity arrives, Ray asks her about coffee, leading her to go off on one of her tirades about what she decided ahead of time she won’t do. But she put her words in her mouth, because Ray was just asking her what coffee she liked so her own executive assistant could bring it. Not only does she have her own assistant, but she has her own executive office. Can he by my boss? Just saying.

The day goes off without a hitch, except for a few phone calls from her friends and maybe friend Laurel asking for favors. This of course goes down in front of Ray who seems rather intrigued. A couple days in and Ray is pleased with Felicity’s work. She asks for a couple of days off because she wants to visit a friend that just came out of his coma (I am so excited about the Flash crossover). He agrees, she takes off, and Ray stares menacingly at the computer looking at advanced weapons. Knowing that he becomes the heroic Atom, do we really believe he’s up to something evil? 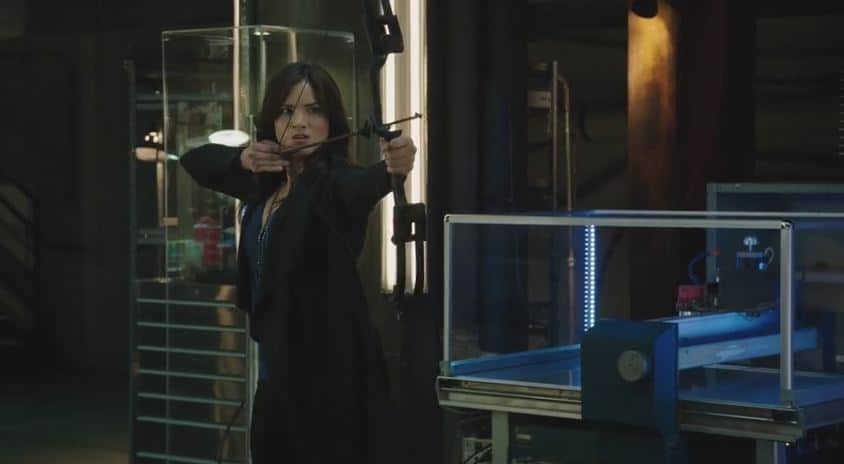 Back in Starling City, Nyssa arrives pointing her arrow at Oliver and asks, “Where is she? Where is Sara?” 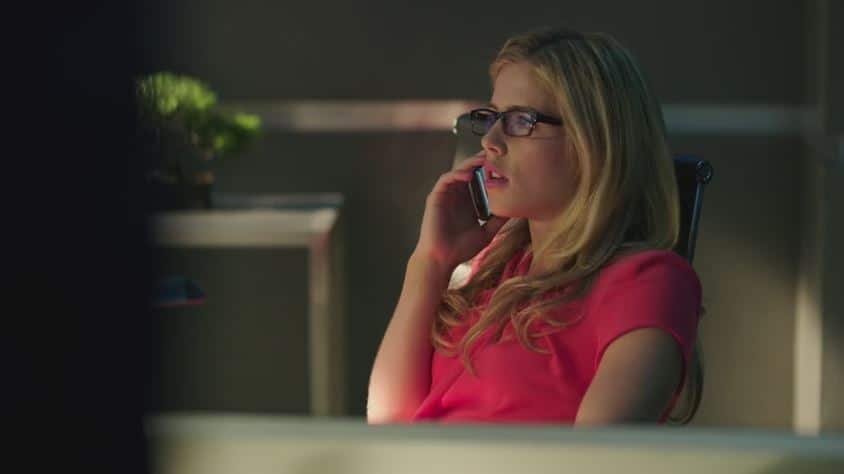 Felicity (To Laurel on the phone): Are we favor friends now? Are we friends? 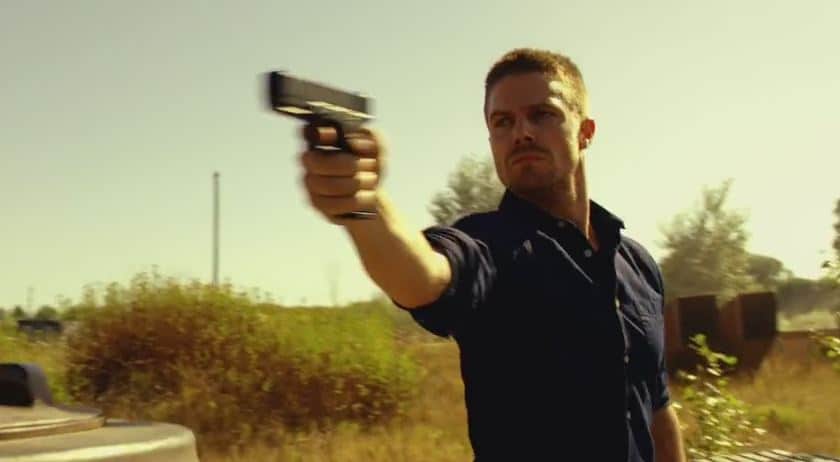 Oliver (after taking out several paid soldiers with a gun): I never said I didn’t know how to use a gun.

Who thinks Waller is up to something wicked? Personally, I think she has someone that she’s controlling with blackmail. Roy? Thea did notice he looked tired…

Also, what is up with Oliver and Felicity now that he’s said he loves her and they kissed? So far, nothing seems that different as of yet…

Ready to meet Ra’s Al Ghul? It’s only a matter of time before he shows up now that Nyssa is in town.

What did you think of Corto Maltese? Sound off in the comments…

Stay tuned for next week when I recap “The Magician.”

Our romance-themed entertainment site is on a mission to help you find the best period dramas, romance movies, TV shows, and books. Other topics include Jane Austen, Classic Hollywood, TV Couples, Fairy Tales, Romantic Living, Romanticism, and more. We’re damsels not in distress fighting for the all-new optimistic Romantic Revolution. Join us and subscribe. For more information, see our About, Old-Fashioned Romance 101, Modern Romanticism 101, and Romantic Living 101.
Pin this article to read later! And make sure to follow us on Pinterest.
By Autumn Topping on October 23rd, 2014