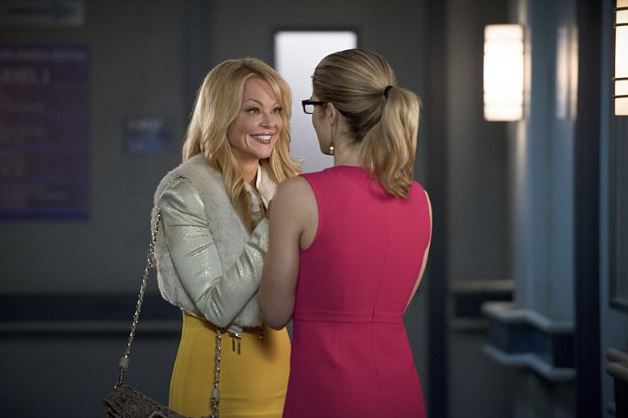 I’ve been anticipating “Public Enemy” as soon as I heard Donna Smoak (aka Felicity’s mother) was returning and I was not disappointed. While I doubted we would get any Donna/Quentin action (or Donna/Malcolm for that matter), I knew we would get some awesome mother/daughter time and so much more.

After watching the episode, all I can say is that Charlotte Ross needs to join the show on a semi-permanent basis pronto. But more on Donna later; for now, here is my Public Enemy Recap (my favorite episode of Arrow in a long time): 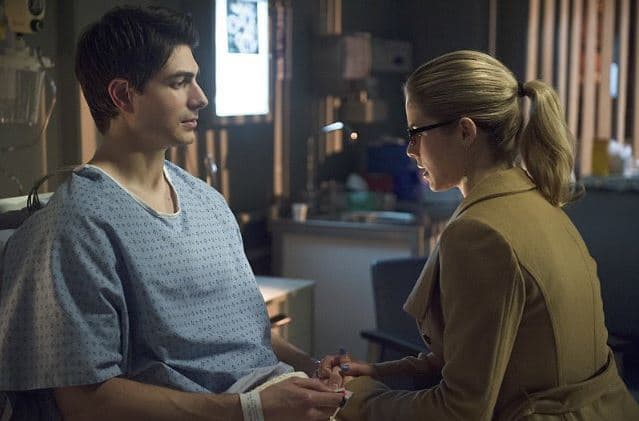 Last we left off, Maseo was about to shoot Felicity with a much dreaded arrow. But he wasn’t really going to hurt Felicity, right? Well, thankfully Ray took an arrow for her. If I didn’t love Oliver and Felicity so much, I would totally like these two more than I do (though I happen to love Ray and eagerly anticipate that spinoff show that keeps sounding better and better where he hopefully gets his own love interest).

Once at the hospital, Felicity and Ray learn that his two options are likely either “dead” or “brain dead.” Neither one being an option, Ray opts for table 3: using his own nanotech invention to shrink the clot. Problem is the doctors won’t do the experimental surgery. 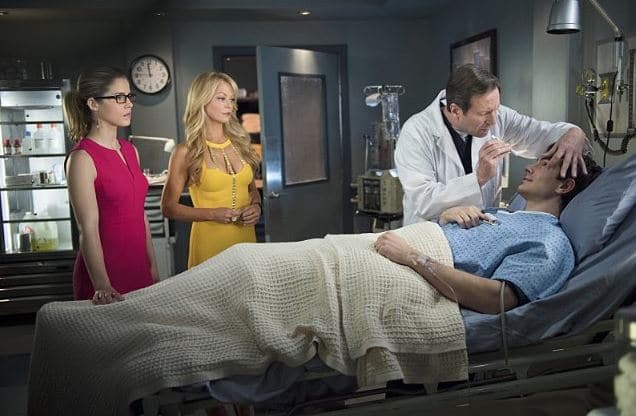 Thankfully, Donna Smoak shows up for support (in the most awesome yellow dress mind you), and gives even better zingers than her daughter. Her ditzy but loveable personality is the best thing to happen to Arrow in ages. From being glad her daughter finally has a boyfriend to pretending to injure her back, Donna was all sorts of great fun.

I loved how supportive she was of Felicity, helping Felicity break the law to use the technology on Ray, and then giving some great advice after Ray told Felicity he loved her. Unfortunately, for Ray, she doesn’t say it back. Donna believes it’s because Felicity loves Oliver (a fact she noticed within five seconds). Now, she tells her daughter she has to make a choice. Hopefully, this choice leads to a certain man who likes to wear a green mask and shoot arrows… 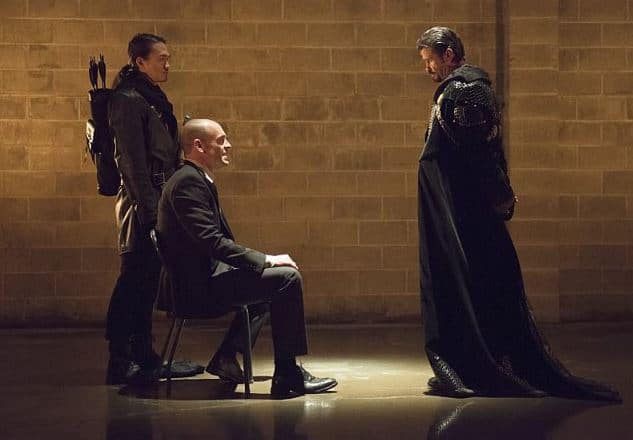 After the murder of the new mayor (such a bummer because I love her), Captain Lance goes full force against Oliver, bringing some much needed excitement to the show. The chases, interactions between characters (including Nyssa giving info to Oliver to help take down Maseo), were all just edge of the seat awesome.

As things heat up against the Arrow, Lance won’t even listen to his own daughter. He wants vengeance for Sara no matter what. Luckily for him (and bad news for our heroes), Ra’s Al Ghul wants Lance to know. After kidnapping him, Ra’s Al Ghul tells Quentin the truth: Oliver Queen is indeed the Arrow. 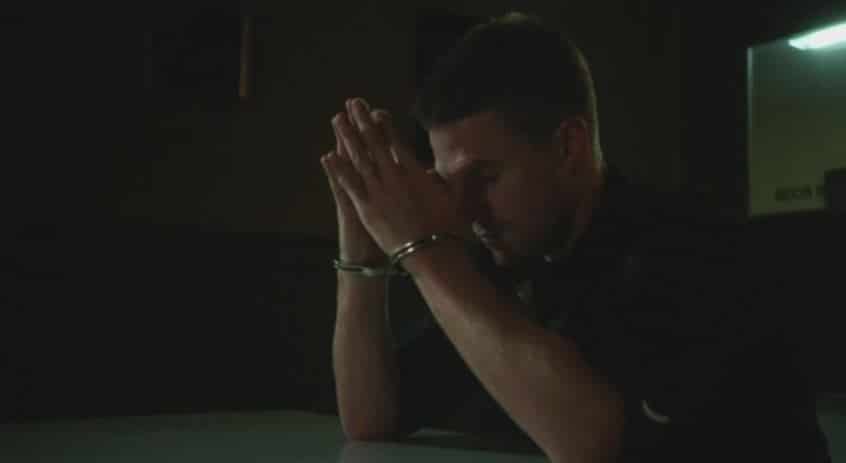 With Oliver’s identity plastered all over the news, Team Arrow is at a loss, but Oliver feels there is only one option left: turn himself in to the cops. He then makes a deal for full immunity for Felicity, Diggle, Roy, and Laurel. Too bad Roy will have none of it.

Now that Roy and Thea are back together, Thea wants Roy to just be happy and forgive himself for what he did to that cop. But Roy admits that when he almost got caught, he felt relieved. It was as if he felt like he deserved to go to prison. 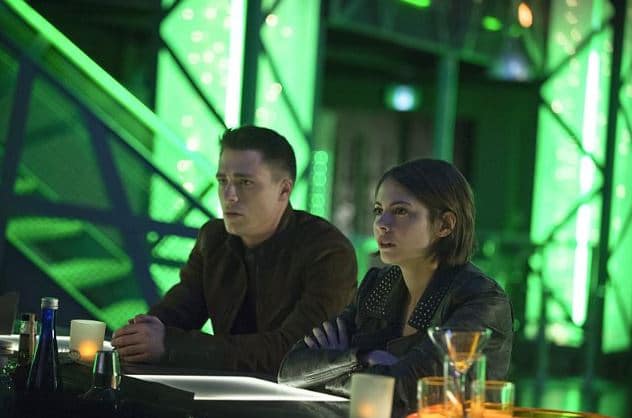 Then there is our cliffhanger: Roy shows up wearing Oliver’s costume, admitting that he is in fact the Arrow. 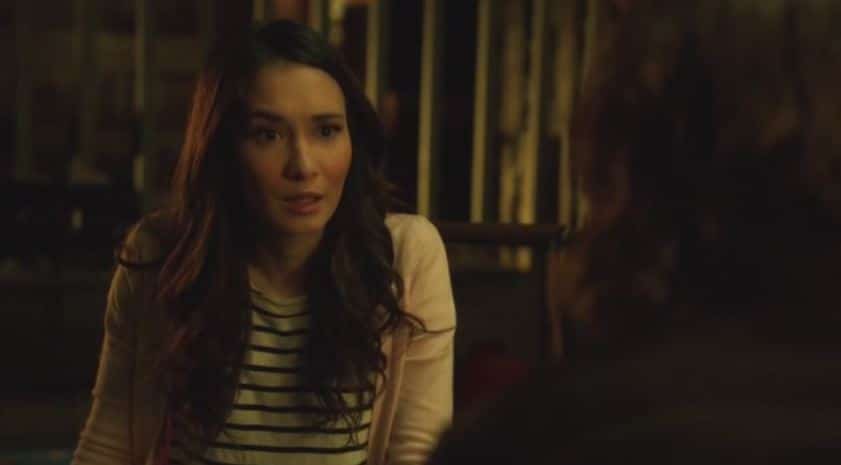 In Flashbacks, it turns out that the return of Shadow really is Shadow’s twin sister Mei (an idea I joked about in an earlier recap). Aside from the soapiness of the plot twist, I guess the idea mostly worked, as it gave closure to Shadow and her father’s normal life. Still, as an identical twin myself, I find it a little hard to believe that not once did Shadow tell Oliver about her twin sister back at home.

Soapy plot twist aside (at least done in a non soapy way), and after Shadow’s sister helps save Oliver, Maseo and Tatsu then save them from Waller’s men. Oliver tells Mei to move on. Her sister and father are gone. 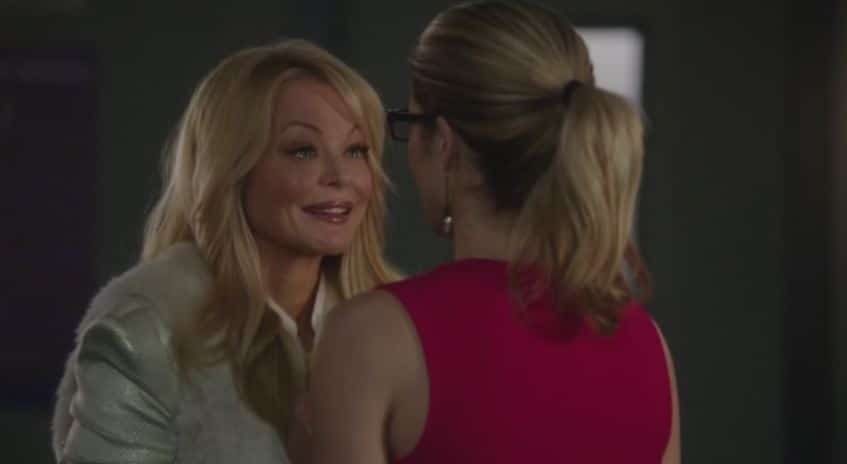 Donna: At least you finally have a boyfriend. 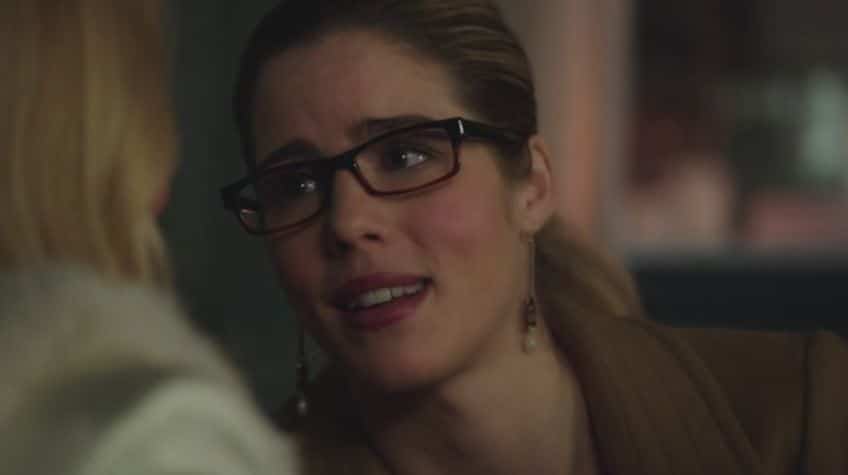 Felicity: What is wrong with me? He’s brilliant. He knows the plot to every Doctor Who episode. All 34 seasons. He looks like a Disney prince. I mean, he’s… practically the perfect man. 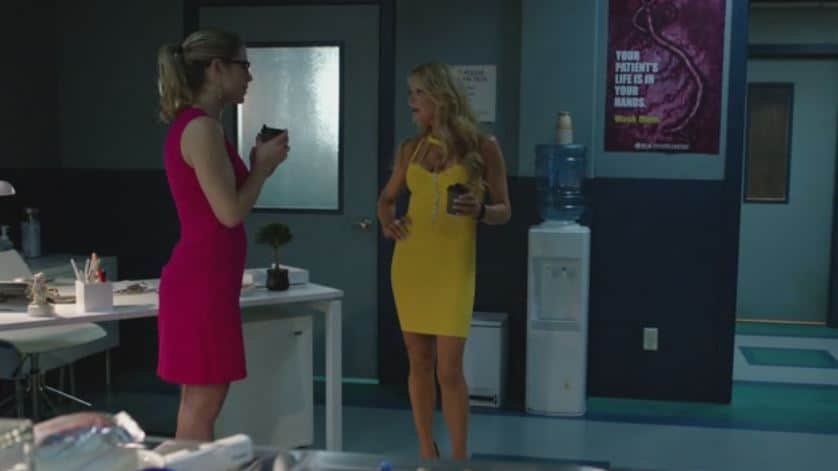 Donna: I ran into Dr. Lockhart in the cafeteria. I thought maybe, I don’t know… I could talk him into giving Ray those nano-thingies. Nano-tech. He wouldn’t even look at me. Have you seen this dress? Hello! The Man’s an idiot.

It was about time Oliver and Quentin had a face to face conversation. I would love for Oliver to actually get down to the truth with this deserving man. Yes, Quentin is hurting and going over the top in his attack against Oliver, but it’s understandable after everything he has been through. Hopefully, the truth coming out will help him eventually get over it.

There was more than one nod to Felicity’s father (the bad role model). Anyone have any guesses on his identity?

With Ray’s shrinking technology given a mention and now that he’s been injected with it, do you think the ATOM will finally have some shrinking side effects of his own?

What did you think of Public Enemy? Love the return of Donna Smoak and wanting more? Sound off in the comments…

Our romance-themed entertainment site is on a mission to help you find the best period dramas, romance movies, TV shows, and books. Other topics include Jane Austen, Classic Hollywood, TV Couples, Fairy Tales, Romantic Living, Romanticism, and more. We’re damsels not in distress fighting for the all-new optimistic Romantic Revolution. Join us and subscribe. For more information, see our About, Old-Fashioned Romance 101, Modern Romanticism 101, and Romantic Living 101.
Pin this article to read later! And make sure to follow us on Pinterest.
By Autumn Topping on April 2nd, 2015