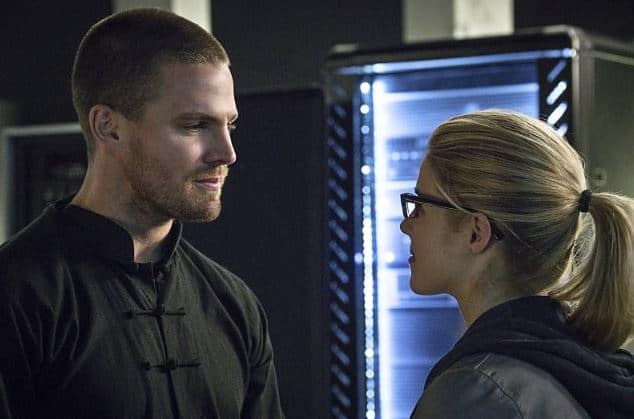 My Name Is Oliver Queen Recap

Arrow definitely knows how to go all out when it wants to! In a few interviews, showrunner Marc Guggenheim suggested the season 3 finale, “My Name Is Oliver Queen,” would feel more like a series finale and boy did it ever! So, let’s get right to it. 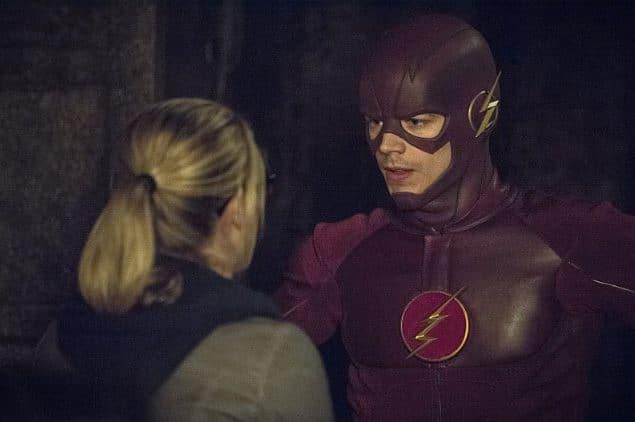 Team Arrow lay dying from the virus in a dungeon, but they soon awake to realize that Malcolm had saved them. They had been inoculated secretly. Then, to save the day (well to rescue them from the dark dungeon), Barry arrives! It’s a pity he couldn’t stick around, considering the team could have used him later on when time was such a huge issue…

In the meantime, Oliver and Ra’s fly to Starling City in order to release this same virus to the unsuspecting people of the city, thus finishing Oliver’s rise as the next Ra’s Al Ghul. Ra’s Al Ghul’s plans, however don’t go quite as he hoped. Turns out, Oliver and Nyssa sabotaged the plane and Oliver proudly admits that he is still Oliver Queen.

According to Oliver later on, his plan was to sabotage the plane and the virus in one fell swoop (including sacrificing his own life to save the city). Unfortunately, Nyssa and Oliver fail, Ra’s escaping with the virus by jumping out of the plane. You can’t say he doesn’t have style (though I have to admit I’m kind of thrilled this arc is finally coming to an end). 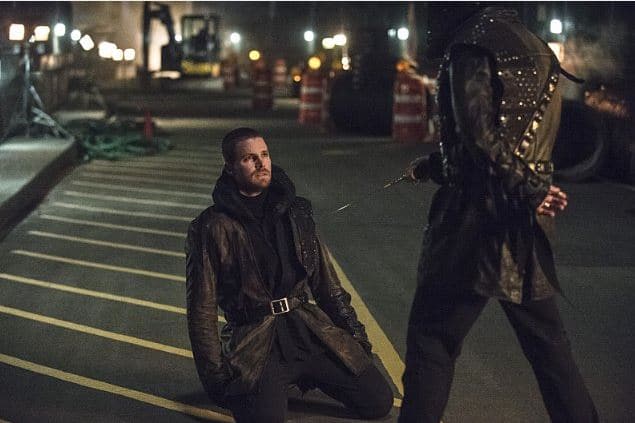 Oliver has no choice now but to turn to his distrustful and hostile team for help. In order to save the city, they must all work together, including a very reluctant Diggle who punches Oliver in the face. When Felicity learns of Oliver’s foolish plan to die, she isn’t too happy either (but being Felicity she forgives him rather quickly).

Working together, the team splits up: Laurel warns her now drinking again father (who seems to be softening a little), Ray works on the nanites that would release the cure to the entire city, and Felicity helps find the four members of the league carrying the virus while everyone else goes out to stop them.

Diggle and Thea (now Speedy in full Arsenal gear) find out the hard way that the virus gets released when one of the league cuts themselves, so the team then take in the assassins without spilling blood. Meanwhile, Oliver faces Ra’s one on one.

This time Oliver is fighting to live (thanks to some very strong encouragement from Felicity) and is able to defeat and kill Ra’s Al Ghul just when it seems he is about to lose. And just as he wins (and after Ra’s hands over the reins of his title), the cops take a couple of shots at Oliver (though Captain Lance did try to stop them). He falls to his death, but this time the Atom arrives to save him!

Only it isn’t Ray, but Felicity who came to rescue him! Ray was too busy saving the city with the cure, so Felicity took it upon herself to save the man she loves, announcing that if she could she would kiss him. While some may be turned off by the believability of the scene, I appreciated the role reversal. She was able to do the literal saving (rather than just the standard metaphorical) and she got to do it in style. Personally, I laughed in a good way when Felicity showed up. 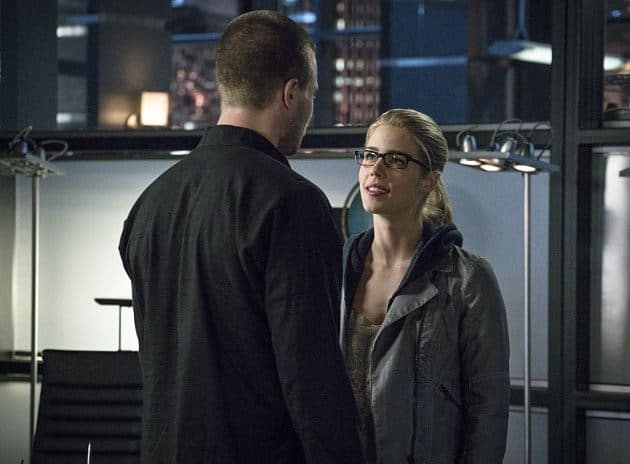 There could of course be nothing else but Oliver’s choice for my standout romantic moment. When Felicity told Oliver to fight to live, he did just that. He used his heart and he was able to defeat Ra’s Al Ghul, and by doing so, it seems Oliver has found his new identity, one of a hero that chooses to give it up in order to be with the woman he loves. It’s actually nice to see the season come full circle in that way.

Oliver tells the team that the crusade is over, and it’s over because he didn’t work alone. The city was saved by heroes because he no longer needs to be one. He then turns to Felicity and tells her that Ra’s took the Arrow identity from him. 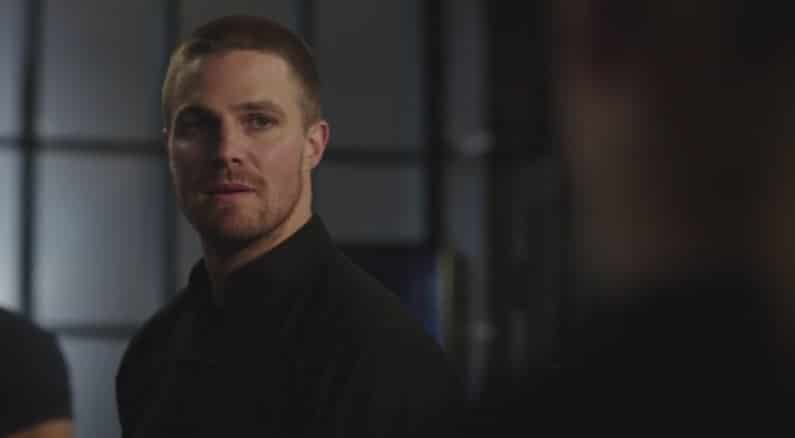 And now he doesn’t want to be the Arrow anymore. 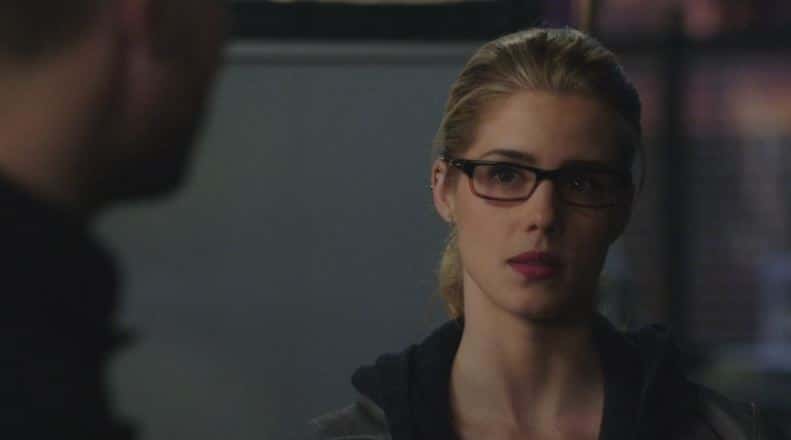 Oliver then walks towards Felicity, admitting that he couldn’t be with her and still be the Arrow. 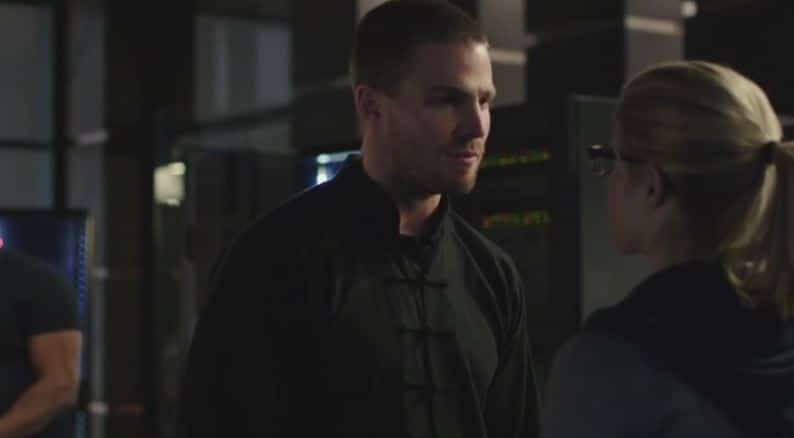 He wants to be with her. This is his choice. 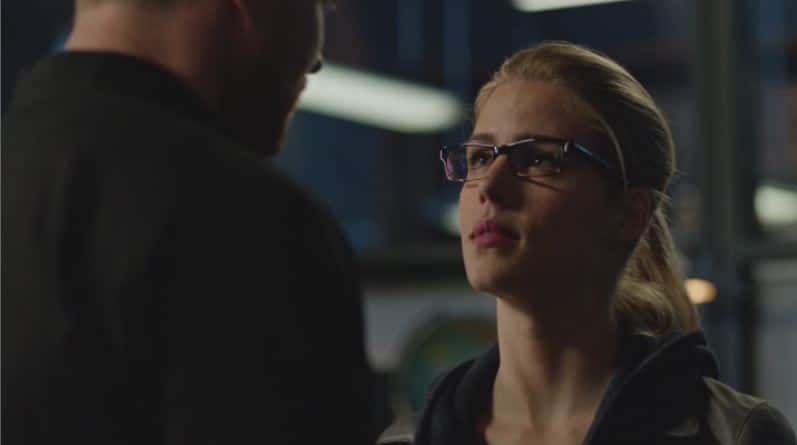 Oliver wants to discover more of the person Felicity believes he has become. Felicity just smiles at the news. Then Oliver admits that he wants Felicity to come with him, far away from Starling City. Of course, she agrees! 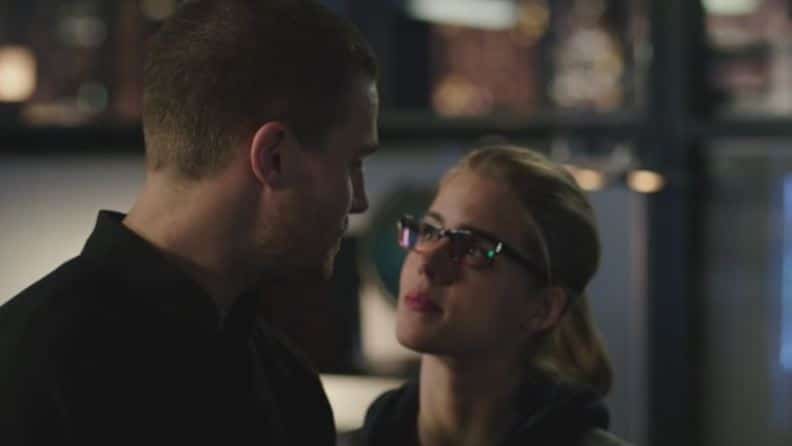 At the end of the episode, Oliver and Felicity are driving together on vacation, as if this was an ending to the show. Oliver even admits to being happy. This being Arrow, I’m sure it won’t last. 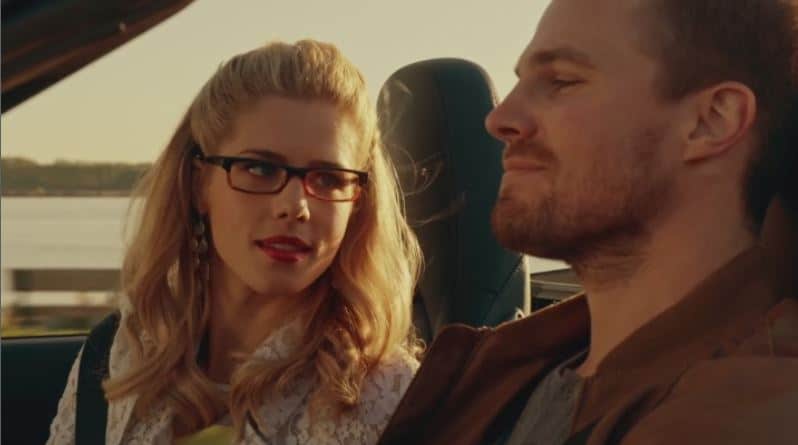 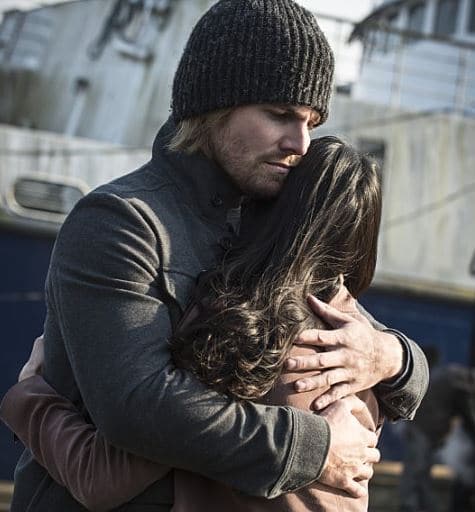 In the flashbacks, Oliver tortures out of revenge, becoming as Tatsu calls him a monster. Maseo also decides to walk away because he can’t look into his wife’s eyes without seeing his son and his own failure. Now free, Oliver decides he can’t return home because he doesn’t want his family to see him for what he has become. He says goodbye to a broken Tatsu with a hug.

Back to present day, Oliver hands over the Ra’s Al Ghul title to Malcolm (it seems this was their deal all along), much to the displeasure of a hateful Nyssa. Are any Doctor Who fans laughing at this potential immortal plot? Anyway, Malcolm also says goodbye to Thea for the time being. Meanwhile, Ray Palmer is working with “miniature” technology when he blows up Palmer Industries…

Barry: Thank you Felicity. You just outed my secret identity to a super villain.

Overall, this was a pretty decent ending to the season. I would have even been satisfied with this being a series finale as Oliver’s story seems wrapped up. I guess it’s time for a new chapter. Green Arrow anyone?

What did Felicity sign for Ray? We still haven’t found out interestingly enough. And speaking of Ray, anyone else believe Ray will undergo some kind of transformation?

What will bring Oliver back into play? Too big of a threat to ignore?

Also, did anyone else hope the always awesome Christopher Heyerdahl was actually Ra’s Al Ghul’s nemesis? Was the actor choice a trick or do you think he could still be the real Damian Darhk? Crossing my fingers for the latter! I mean that seriously. More Heyerdahl is a good thing.

What did you think of “My Name is Oliver Queen?” Sound off in the comments…

Our romance-themed entertainment site is on a mission to help you find the best period dramas, romance movies, TV shows, and books. Other topics include Jane Austen, Classic Hollywood, TV Couples, Fairy Tales, Romantic Living, Romanticism, and more. We’re damsels not in distress fighting for the all-new optimistic Romantic Revolution. Join us and subscribe. For more information, see our About, Old-Fashioned Romance 101, Modern Romanticism 101, and Romantic Living 101.
Pin this article to read later! And make sure to follow us on Pinterest.
By Autumn Topping on May 14th, 2015

6 thoughts on “Arrow: My Name Is Oliver Queen Recap – An Epic and Romantic Finale!”