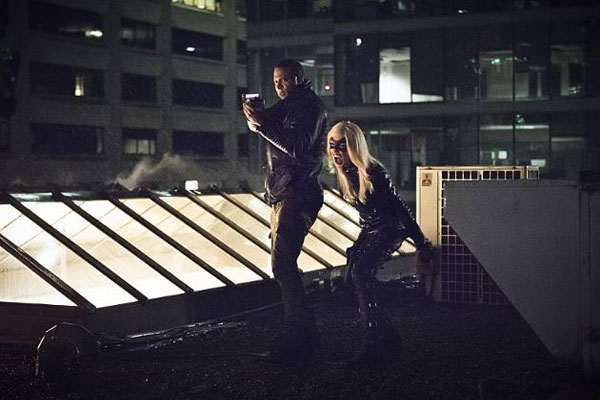 As it turns out, when Oliver agreed to become the heir to the demon, he was also giving up his “soul” (per Felicity’s perspective). Ra’s Al Ghul puts Oliver through an intense brainwashing process until Oliver Queen is nothing but a memory. The shedding of his identity even allows him to kill Diggle in an induced hallucinatory episode (in which he also sheds his conscience it seems). 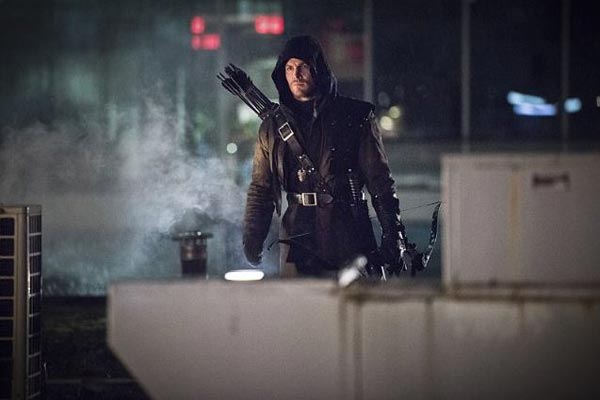 After doing so, Ra’s Al Ghul shares an interesting tale about his own ascension into becoming Ra’s Al Ghul, one in where his friend believed he deserved to be the heir. The two parted ways as enemies; and now Oliver must take down his own threat to his title: Nyssa. 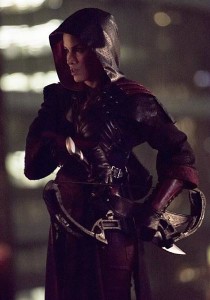 Back in Starling City, Laurel and Nyssa bond over training and milkshakes. Nyssa is even enjoying her newfound freedom, but happiness isn’t meant for her (so she admits later on). Laurel confesses that Oliver has accepted Ra’s Al Ghul’s offer. Nyssa knows the league and Oliver are going to come to kill her.

Laurel pleads for Diggle and Felicity to help protect Nyssa but they don’t believe Nyssa is in actual danger. They still believe Oliver is Oliver. Nyssa believes otherwise. She knows about her father’s process to change someone inwardly.

Indeed, change was an interesting theme emphasized in the episode. Laurel makes a great point: if Oliver can change then why not Nyssa? I too would love to see Nyssa change further and distance herself from the life mapped out by her father. I would love to see Nyssa gain some happiness in her otherwise dark existence. She’s a particularly fascinating character to me in that one rarely sees the female equivalent of Byronic Heroes in storytelling.

Later on, Laurel convinces Team Arrow to help Nyssa (Laurel put a tracking device on her) who took off on her own to face Oliver in the place where her beloved died. The two face off, and just as it seems like Nyssa is about to lose, Laurel (with her Cisco improved sonic cry) and Diggle arrive to save the day. Felicity watches on the screen in shock at Oliver’s clear transformation. It seems like Oliver is no more. 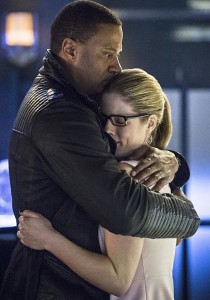 Wonderful bonding moments further solidified all the friendships (and perhaps even began a new one between Thea and Felicity) as they cared for one another. Seeing Diggle, Felicity, and Thea all mourn for their friend, lover, and brother really gave some nice emotional moments to the episode.

They have dinner, and support one another as if family. Their memory of who Oliver was keeps them going. However, upon witnessing firsthand Oliver’s turn to the dark side, they have no choice but to face the truth: the man they care about and love is gone.

In one of the darkest turns of the episode, Oliver even kidnaps Lyla and holds her hostage until Nyssa is exchanged. Diggle is more than willing to give Nyssa up, but Laurel will have none of it even when Nyssa agrees to save Diggle’s wife. What does that say about them if they don’t try and save her?

In the meantime, Lyla attempts to talk to Oliver about Diggle, but he will hear none of it, Oliver as cold as ice. When he greets Team Arrow, they seem to give up Nyssa but it’s a trick, Lyla starting the fight by taking out a couple of Oliver’s men. Then it is Oliver versus his friends. After capturing Nyssa for real, he takes down Diggle. And just when it seems he is about to kill his friend, Thea arrives to stop him. If he doesn’t leave, she’ll shoot him in the eye. 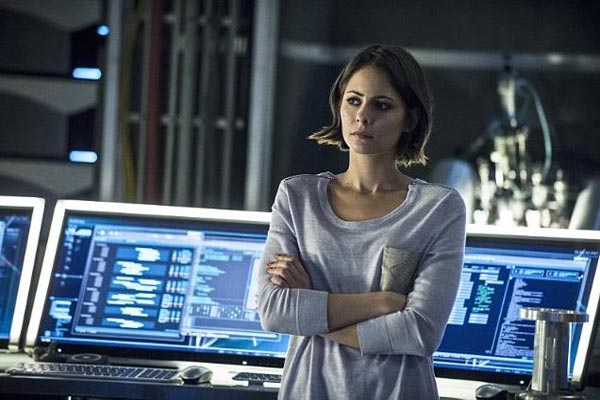 I loved seeing Thea in action here, a choice of her own making, a choice she went to Malcolm to for help. Will she eventually become part of the team? She’s trained, so I guess only time will tell. What Thea does have now is the chance to move on, to go and be with the man she loves, thanks to Felicity telling Thea Roy is still alive.

Felicity gives her advice to move on, but I don’t think she has herself. Seeing her alone and crying in despair was really heartbreaking, but not nearly as much as Diggle’s loss. He just lost his other brother, and in the process how much more did he lose of himself?

The Virus and an “Engagement”

In the flashbacks, the virus is running rampant in the city, so Oliver, Tatsu, and Maseo see it as a chance to escape. Unfortunately, just as they are leaving, Tatsu and Maseo’s son shows symptoms of the virus.

The virus shockingly and finally connects to the present story. When Oliver arrives back at Nanda Parbat, he is about to kill Nyssa when Ra’s stops him. Now that he has defeated the spirit of his rival, Oliver can unite the two families through marriage. Not only that, Oliver must use the virus that Nyssa stole to kill everyone in Starling City…This doesn’t bode well.

Going back to the engagement, and having never believed the spoiled wedding would be between Oliver and Felicity (way too soon), this union comes as no surprise. An arranged marriage between these two will hopefully make Oliver’s transformation into Al Sah-Him more interesting (a part of me finds Oliver becoming the next Ra’s a little tedious) as I don’t see this sitting well for either one. 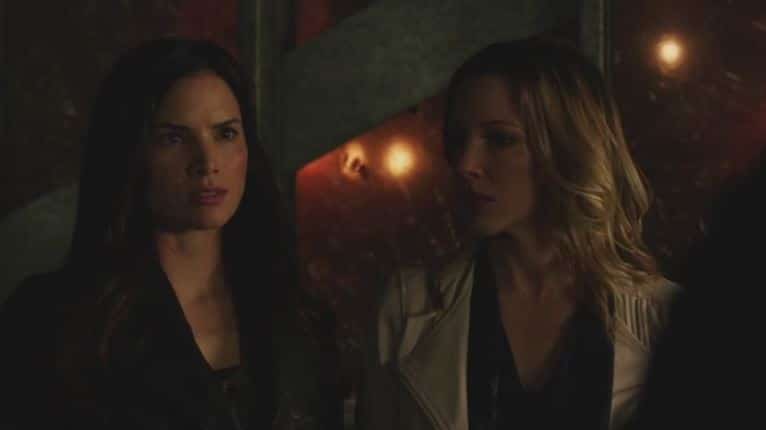 Nyssa: Of course you should exchange me for your beloved (spoken like a true Byronic who understands).

Does anyone think it possible for Oliver to be faking for some unknown purpose? I know it’s hard to believe, but like Felicity I have a hard time imagining Oliver losing himself this easily…

If Oliver is actually brainwashed, how will he find his soul again? I would love to see a Felicity/Oliver exchange connected to this somehow.

Is anyone looking forward to meeting this other immortal villain?

What did you think of Al Sah-Him? Sound off in the comments…

Our romance-themed entertainment site is on a mission to help you find the best period dramas, romance movies, TV shows, and books. Other topics include Jane Austen, Classic Hollywood, TV Couples, Fairy Tales, Romantic Living, Romanticism, and more. We’re damsels not in distress fighting for the all-new optimistic Romantic Revolution. Join us and subscribe. For more information, see our About, Old-Fashioned Romance 101, Modern Romanticism 101, and Romantic Living 101.
Pin this article to read later! And make sure to follow us on Pinterest.
By Autumn Topping on April 30th, 2015