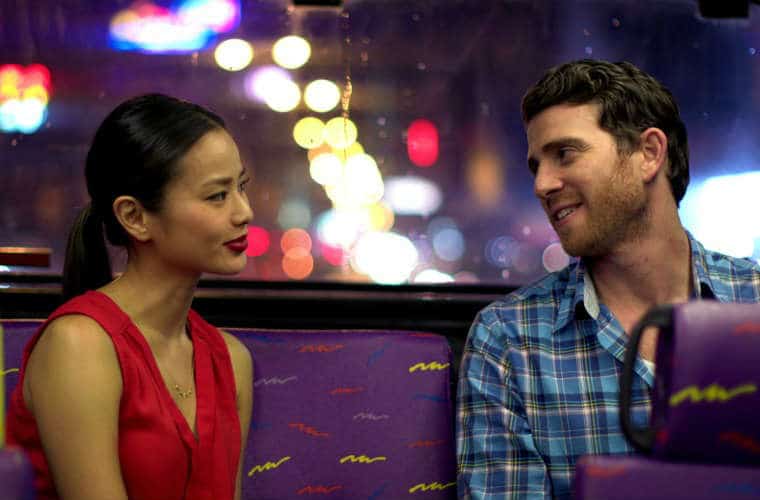 Often my discovery of indie films has been the result of a happy coincidence. Usually, thanks to random browsing, because what greater time-waster is there than perusing Amazon or Netflix? This is how I came across Already Tomorrow in Hong Kong, a sweet romantic comedy that questions what destiny means.

The story introduces us to Ruby (Jamie Chung), a California native visiting Hong Kong for the first time. In desperate need of directions, Ruby’s frustration with the confusing city leaves her lost. Overhearing her phone conversation is a fellow club patron, Josh (Bryan Greenberg) who is there with answers. Though skeptical of letting him take her anywhere, she eventually agrees to let him guide her to the club where her friends are waiting. As they walk the streets of Hong Kong, Ruby’s curiosity gets the best of her. She begins to wonder about Josh and his story. But fate isn’t kind to them and they part on uncomfortable terms.

About a year later, a chance encounter between them stirs up old memories and ignites questions about a second chance.

There are a few things about this film that make it worth watching not the least of which is the leading co-stars. Not only have they been co-stars (A Year and Change) before, but they’re married in real life. The unique thing about this is that it allows an easy-going constant flow of conversation between our leading couple. This then sparks an easy-going rapport between the characters. In fact, though all character-driven stories should maintain this, it’s a very important influence for this script in particular. In fact, this film is directed and written by the producer of A Year and Change, Emily Ting. 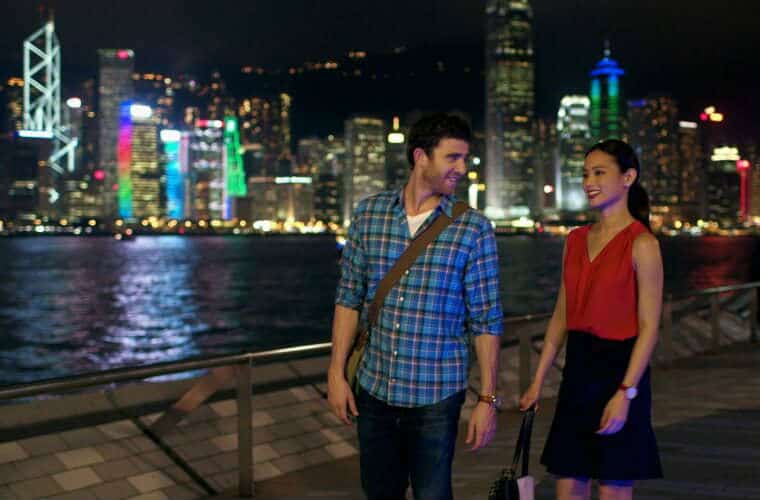 However, because of the film’s structure, Already Tomorrow in Hong Kong isn’t something that will resonate with everyone. The script confines its character’s interactions to two nights, both of which they spend walking the city streets. Because of this, the film does drag in a few places. Not to mention there being no opportunity for us to see the characters outside of these spontaneous situations. There is obviously a pull between them, and as a viewer, I “felt” that attraction, but that alone isn’t enough. I wanted to see this couple beyond what the script shows. I think because of the format, there were some stifled and missed opportunities.

That said, for the most part, I thoroughly enjoyed Already Tomorrow in Hong Kong. Jamie and Bryan have much to fulfill considering they carry the entire movie. Even at that, it’s entirely comprised of conversation. Conversations that skip from their work lives to family and the past and present loves in their respective lives. The ending is also abrupt and asks it audience to surmise what will follow those final declarations left hanging between the couple.

In all, I liked the presentation of the film in spite of the pacing issues, the setting (which livens up the story), and found Ruby’s character quirks cute. The film asks interesting questions (like taking a second look at the life we’re living and what we want from it) and asks us to take a leap if the stars align. All elements that further endear this charming little film.

You can currently stream Already Tomorrow in Hong Kong on Netflix or rent on Amazon Video.

Content: This film is unrated, and aside from one or two instances of profanity, the film is relatively clean.

Our romance-themed entertainment site is on a mission to help you find the best period dramas, romance movies, TV shows, and books. Other topics include Jane Austen, Classic Hollywood, TV Couples, Fairy Tales, Romantic Living, Romanticism, and more. We’re damsels not in distress fighting for the all-new optimistic Romantic Revolution. Join us and subscribe. For more information, see our About, Old-Fashioned Romance 101, Modern Romanticism 101, and Romantic Living 101.
Pin this article to read later! And make sure to follow us on Pinterest.
By Rissi JC on November 21st, 2016