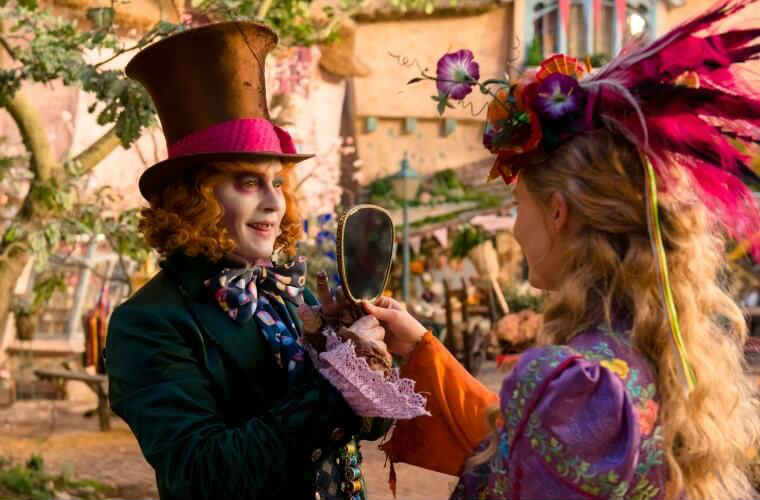 Alice Through the Looking Glass Review

When I saw the 2010 adaption of Alice in Wonderland, I walked away having thoroughly enjoyed its playful imagination. While Alice in Wonderland is one of the most famous fables in children’s literature, Lewis Carroll’s books weren’t a part of my childhood. In fact, I’m not sure I’ve ever seen the popular animated film with the Disney brand. But considering the live-action remake blended the Victorian era and steampunk culture, the combination was too great to resist. This is why a sequel reuniting our favorite and spunky titular heroine with her Wonderland friends was pure delight.

A few years have passed since Alice Kingsleigh (Mia Wasikowska) discovered Wonderland, and in the process, she recaptured her “muchness.” In that time, she returned to England where she assumed the command of her father’s ship as its Captain. Now, Captain Alice Kingsleigh returns to London after spending those four years at sea. Much has changed in her absence.

Most notable among these changes are the complications a business deal involving her mother (Lindsay Duncan) has raised. Then, shortly thereafter, she is summoned back to Wonderland on urgent business. Once she returns, Alice finds her dear friend, Hatter (Johnny Depp) has fallen into a dark depression, and soon after, the Red Queen (Helena Bonham Carter) again threatens Wonderland’s existence. 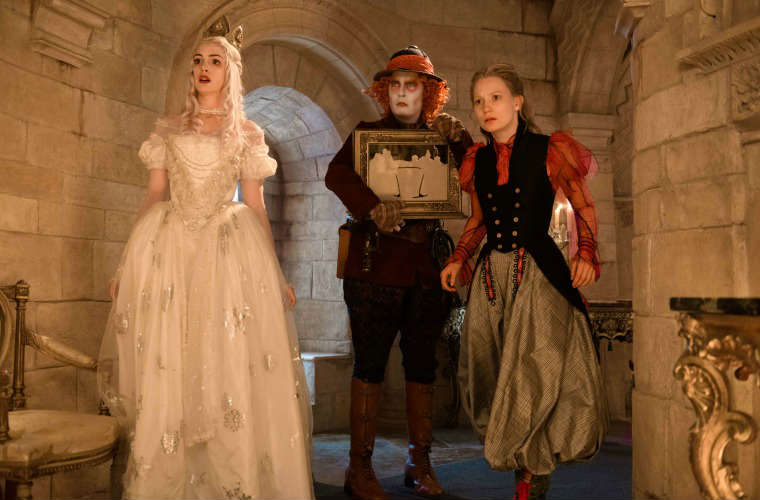 As with every film that puts Tim Burton in the director’s chair, this one displays the unique trademarks as only his work can. His cinematic imagination is incredible. Even if I were to watch this ten times over, I don’t think I’d pick up on all of the nuances and touches that truly make Burton’s Wonderland spring to life. The details of this world are jaw-dropping, and the creative way it awakens is brilliance. Another incentive to watch this film is the talented primary cast returning to their roles.

For me, everyone in this cast is perfection. I thought Mia gave more to the role of Alice in this sequel than she did in the original film. Whether it’s because she “settled” into the role or the script gave her more to work with, I don’t know. She and Depp have a unique and captivating chemistry that keeps us glued to the screen. In addition to Mia, Johnny and Helena, Anne Hathaway (Mirana, the White Queen) and Alan Rickman (Absolem) return. Plus, we meet newcomers Time (Sasha Baron Cohen) and James Harcourt played by Ed Speleers (Downton Abbey).

Not only do we reunite with and meet these fascinating characters, we also see Hattie Morahan (Sense & Sensibility), Andrew Scott (Sherlock) in a brief role. Not to mention, Richard Armitage. Needless to say, no matter the shamefully short screen time he has, I was a squealing fangirl when I realized the person underneath the crown was none other than Mr. Thornton. Call me biased, but obviously, I thought he deserved a greater role. 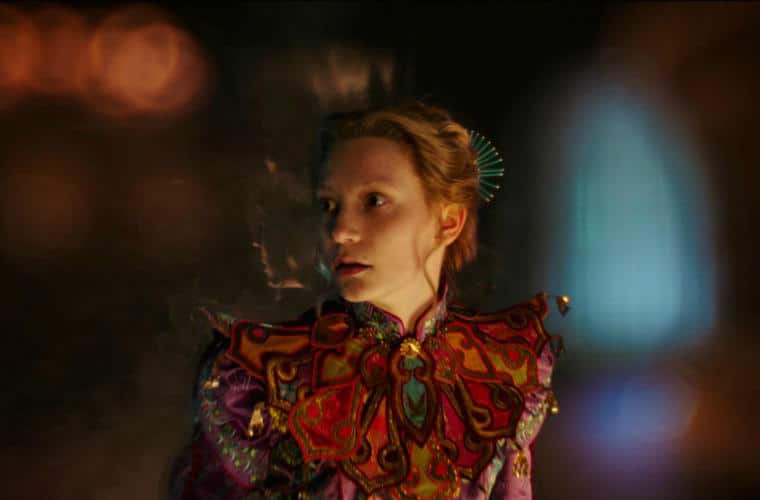 Moving beyond my delight of fandoms colliding, the fact is this: ‘Through the Looking Glass’ is an impressive masterpiece. The script captures the delight Alice experiences when returning to Wonderland. The message wrapped inside this is a precious one. Alice’s journey is all about “time.” Revisiting the past, and discovering the present. Time (both as an entity and the character) has a chasm of wisdom to impart, and though she’s blind to it early on, Alice comes to learn the value of it. It’s a gift, it cannot be altered or bought. Time is the one thing we should cherish because without it, life is joyless.

Visually, this is a masterpiece. The CGI is stunning and of course, the settings, a spark of creative genius. What’s more, the costuming is gorgeous. Alice, in particular, wears some neat ensembles. Her clothing is a unique blend of steampunk and Victorian that not only suits her as a character but the period as well. It’s a rare talent that can combine both an attractive look that also fits the story. This one surpasses expectations.

If you like fantasy or unique fairy tales, see Alice Through the Looking Glass without haste. It’s been a while since I saw Alice in Wonderland, so I cannot say for sure, but my memory suggests I liked this sequel every bit as much as it if not more than its prequel. The film recaptures a special magic infrequent in films today. As if that weren’t enough, it also reminds us of the importance of family. The heroine is feisty and fierce with an independent streak probably not entirely realistic to this time period yet we don’t care. We’re having too much fun getting lost in one of her adventures for it to really matter.

Content Note: Aside from some “frightening” fantasy images, this PG film contains nothing offensive.

*As with the first film, this one has zero romance in its story.

Our romance-themed entertainment site is on a mission to help you find the best period dramas, romance movies, TV shows, and books. Other topics include Jane Austen, Classic Hollywood, TV Couples, Fairy Tales, Romantic Living, Romanticism, and more. We’re damsels not in distress fighting for the all-new optimistic Romantic Revolution. Join us and subscribe. For more information, see our About, Old-Fashioned Romance 101, Modern Romanticism 101, and Romantic Living 101.
Pin this article to read later! And make sure to follow us on Pinterest.
By Rissi JC on November 2nd, 2016