PIRATES AS THE ROMANTIC ANTI-HERO

One of the most commonly used figures in romance novels is pirates. History, movies, and literature have glamorized the swashbucklers of the past that once sailed the seas. In stories today, they sweep maidens off their feet as they pillage the ship for treasure. But what makes us love these bad boy rogues? I decided to take a look at this popular character type to see why they are so popular as a romantic figure. Why do we envy Elizabeth Swann and her romance with Will Turner or even Captain Jack Sparrow? What is the reason we can’t turn our eyes away from Hook on Once Upon a Time? Let’s see if we can figure this out. 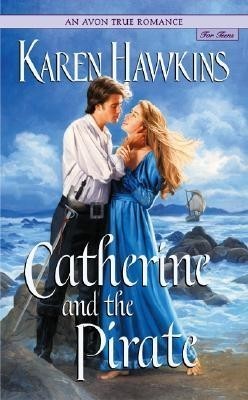 Perhaps, even though the  reality is different than fiction, pirates did cut a daring swath through history. They harassed the various navies of the world and lived by their own rules. They even had their own governed island for a while. Both lady and male pirates made their names as rulebreakers and romantic figures. Although they do have the reputation of being ruthless, they are also shown as waiting for the right person to sweep off their feet. The appeal for readers and viewers is that they are the one to soften the heart of  the vicious pirate. They are the one the pirate is willing to raise the black flag for to rescue them.

Pirates are a favorite among romance writers and filmmakers. The characters’ potential as both an action star and a dashing casanova makes them prime material. We are wooed by their strength and cunning. Although they are supposed to be the bad guy, we root for them to get the treasure. However, pirates are portrayed as anti-heroes and even the guys. Take Will Turner and Captain Jack Sparrow from Pirates of the Caribbean; they are being chased by the navy and other bad guys but they are the heroes of the films. Captain Flint of Black Sails is a ruthless, canny pirate but we still want him to win the day. It seems like we are almost hardwired to cheer for the pirates.

Pirates also share some Byronic hero qualities that are irresistible. A romantic pirate is often moody, carrying a secret misery in his heart, and proud. He is usually seeking revenge as well as treasure. This describes almost all the characters in Black Sails (though I warn this show can be explicit if you choose to watch). Additionally, we want to see the pirate discover his or hers humanity. That moment where they declare their love or sacrifice the treasure for their beloved is a moment we keep coming back for. Pirates will continue to tickle our fancy and capture out hearts as long as that redemptive moment for this romantic character exists.

Here are some great pirate literature, TV Shows and films to check out:

What are some of your favorite pirate stories in fiction? Let me know in the comments.

Our romance-themed entertainment site is on a mission to help you find the best period dramas, romance movies, TV shows, and books. Other topics include Jane Austen, Classic Hollywood, TV Couples, Fairy Tales, Romantic Living, Romanticism, and more. We’re damsels not in distress fighting for the all-new optimistic Romantic Revolution. Join us and subscribe. For more information, see our About, Old-Fashioned Romance 101, Modern Romanticism 101, and Romantic Living 101.
Pin this article to read later! And make sure to follow us on Pinterest.
By Mandi Harris on February 26th, 2016

4 thoughts on “Ahoy, Romance! Pirates as a Romantic Hero in Fiction”