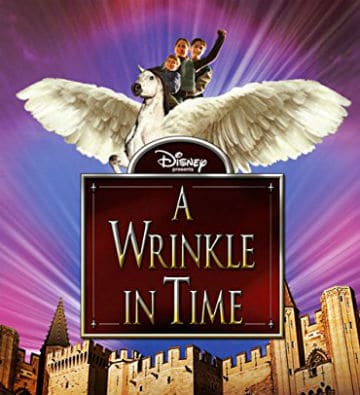 When I a hear there is a film adaptation of a book I love, I get a little nervous. The 2003 adaptation of one of my favorite books, A Wrinkle in Time, is no exception to this. With a new adaptation set to come out on March 9th, 2018 (yeah, I’ve marked my calendar), I thought it was a good time to watch the original adaptation.

The story follows the Murray family struggling with the disappearance of their father, Dr. Murray, who was working on a top-secret government project when he vanished a year earlier. Meg and her genius little brother, Charles Wallace, find themselves sent on a mission with their new friend Calvin O’Keefe, to save their father. They will face untold evil and encounter a strange and amazing set of characters on their journey.

As a film, this is solid. The soundtrack is fun. The special effects aren’t terrible for a 2003 made-for-TV movie. Yes, there were some changes, but if I didn’t love the book as much as I do, I would see the film as an exciting Sci-Fi adventure that focuses on the bond between families and the power of love to defeat evil. 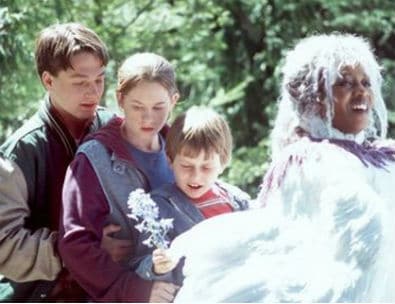 However, looking at A Wrinkle in Time as a film adaptation of a classic novel is a bit different. There are some changes that shouldn’t have bothered me as much as they did. Firstly, Calvin O’Keefe is supposed to be a red-headed kid who is smart and cool. His whole character arc is finding the Murrays and feeling like he can fit in as himself.

Secondly, Sandy and Dennys should both be a little older than they are in the film. The twins are very smart, but they are good at pretending to be normal. They also were just as protective of their siblings as the rest of the family; the one time that they fought with Meg was because she fought to defend Charles Wallace and they thought that that was their job. The entire Murray family was extremely intelligent and loyal to each other.

Thirdly, Meg wore huge and thick glasses. She felt ugly all of the time because of that. She was able to sneak on Mrs. Who’s glasses on Camazotz because they looked like her glasses. Fourthly, there are a lot of strange changes in the order of events and moments in the story. In the book, they don’t find Dr. Murray until after Charles Wallace falls under IT’s control, and the three ladies have no doubts about Meg, Calvin, and Charles Wallace being able to carry out their task. 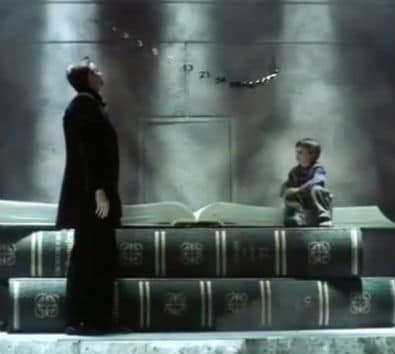 Some of the changes, like giving the Red-Eyed Man more of a role than IT itself, work well in the film. The use of the giant brain under the floor while the Red-Eyed Man is there is more effective because he has a more obvious ability to talk to people. I thought that this was a clever change. It also allowed for the brainwashing of Charles Wallace to be a bit more subtle.

Overall, though, the film gets the important parts of the book right. One thing, in particular, is the relationship between the members of the Murray family. Particularly critical is the relationship between Meg and Charles Wallace. Without the two of them and their connection, the rest of the story falls apart. It’s Meg’s love for her brother that saves him, and humanity, in the end. The film has to show that. The connection has to seem real. 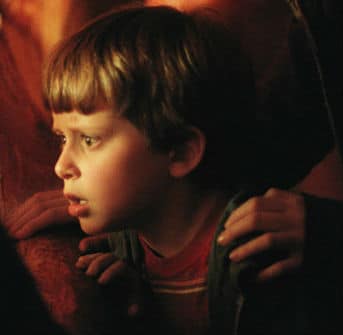 Another important part of a good adaptation of A Wrinkle in Time is having a good Charles Wallace. David Dorfman plays Charles Wallace with a perfect blend of wonder and intelligence. He is exactly how I pictured Charles Wallace while reading the books. He’s smart enough that it makes it easy to forget how vulnerable he actually is. He’s a six-year-old boy who has found himself in a world that is bigger and even smarter than he is.

I also loved the three ladies, Mrs. Whatsit, Mrs. Who, and Mrs. Which, particularly Mrs. Whatsit. They were wonderfully chosen actresses with distinct personalities, and they were great guides for Meg, Calvin, and Charles Wallace. Although Mrs. Which was different than her book counterpoint, the other two ladies are exactly how I imagined them.

For fans of the book, be warned. There are some big differences that might be very irritating to you.  Personally, I’m excited to see if the 2018 film directed by Ava DuVernay with a screenplay by Jennifer Lee is a more faithful adaptation of the book than this one. If you can separate the film from the book, I would recommend watching this film. Even if you can’t, this film is an imaginative take on a beloved piece of literature that is beloved the world over, and while worth the watch. If you like films with adventure and magic that focus on the power of love to defeat evil, you will probably enjoy A Wrinkle in Time.