A Walk to Remember Review

Nicholas Sparks is one of the most successful mainstream writers of romance alive today. Not only are his novels always atop a bestseller list, but since the late 1990’s, almost every Nicholas Sparks novel is bound to get the Hollywood treatment – and for good reason.

While the recipe has become well known, the charm and romance synonymous with his novels make hordes return for more of the same experience.

While some might argue that Message in a Bottle (his first film adaptation) was what brought him to the attention of a wider audience, for me at least it was A Walk to Remember. The success of this film paved the way for the quintessential Nicolas Sparks romantic drama, The Notebook.

Find Out Who You Are And Do It On Purpose 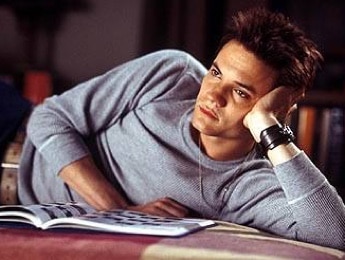 A Walk to Remember is the coming of age story of Landon Carter (Shane West), an aimless youth with a chip on his shoulder. When a prank goes awry, Landon is forced to atone for his sins by attending after-school activities that serve the broader community in a small town in North Carolina. Here Landon meets Jamie Sullivan (Mandy Moore), the perceived school prude and local minister’s daughter. Jamie is an intellectual, but she is also kind and generous to a fault. Her outlook on life both baffles and exasperates Landon who over time is less forced and more voluntary in his interactions with her.

You’re Jamie Sullivan. You sit at lunch table 7. Which isn’t exactly the reject table, but is definitely in self exile territory. You have exactly one sweater. You like to look at your feet when you walk. Oh, oh, and yeah, for fun, you like to tutor on weekends and hang out with the cool kids from “Stars and Planets.”

When during a school play it’s obvious that Landon and Jamie are drawing closer, family and friends of both teenagers attempt to pull the unlikely pair apart. Landon is an experienced jock and Jamie has essentially never been kissed. Yep, the bad boy falls for the innocent trope is flashing in neon signs! 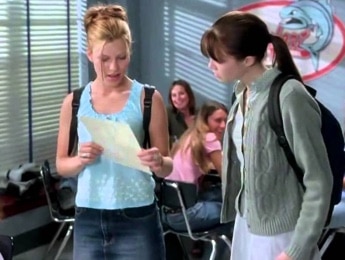 However, despite the tensions their budding romance causes for their detractors, Jamie and Landon seem to prove that opposites attract. Through her spiritual belief system and her outlook on life, Landon begins to see the world for its possibilities. While he becomes a better person, this puts him at odds with friends he has known his entire life. But the hope of young love is threatened by a secret Jamie eventually reveals which threatens their future happiness.

Mandy Moore has become a sensation due to her leading role in This is Us. Before this success, however, she had dreams of being a pop star. In the late ’90’s, Mandy had a string of hits before turning her attention to acting. A Walk to Remember is her first major starring role and she is arguably the best part of the film. Wide-eyed and innocent, she is quietly intelligent and refreshing to watch. While it’s a tough job to try and make Moore look plain, the production succeeds in framing her as the unlikely love interest of the school’s most popular bad boy. She has a quiet charm and guilelessness that works for both the character and the story.

Love is always patient and kind. It is never jealous. Love is never boastful or conceited. It is never rude or selfish. It does not take offense and is not resentful.

Shane West, the heartthrob Eli Sammler from Once and Again, is acceptably broody. Landon has an attitude and a carelessness at the beginning of the film that erodes as his life philosophy is challenged. 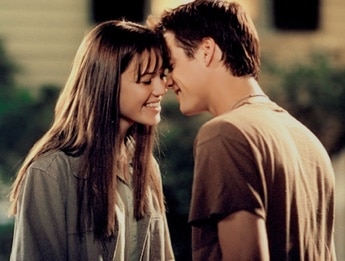 Unfortunately, there is nothing original about either Jamie or Landon, but if you remember this film from your first viewing of it many years ago, its charm manages to win against the clichéd tropes and improbable scenarios. Mandy and Shane also have nice chemistry, though relatively free of any overtly sexual material. The raciest dialogue comes from Jamie’s query, “Are you trying to seduce me?” To which Landon replies, “are you seducible?” It’s all very respectful and benign.

Daryl Hannah, Peter Coyote and a young Lauren German also star as parents and the obligatory rejected love interest in turn. Unfortunately, the expanded cast have nothing much to do and generally fall into the stereotypical boxes ascribed to them.

Our Love Is Like The Wind. I Can’t See It, But I Can Feel It 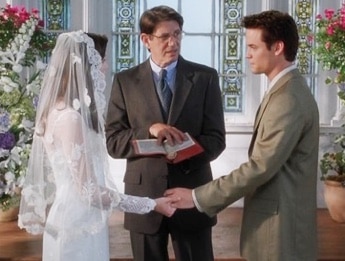 A Walk to Remember has nothing exceptional to recommend it. It’s the film that garnered enough praise at the time to enable Nicholas Sparks to ink a deal that would give the world The Notebook. Despite its middling storyline, the film does try to explore the consequences of peer pressure, standing up for yourself as well as holding true to your beliefs. Jamie is a principled character who lives her religious convictions. While Landon doesn’t initially hold to the same principles, the film highlights his respect for her values.

Jamie saved my life. She taught me everything. About life, hope and the long journey ahead.

Surprisingly, A Walk to Remember also has a few genuine moments that tug at the heartstrings. While the film isn’t incredibly deep, it wades into the emotional with relative ease and certainly hit me in the feels quite a few times. 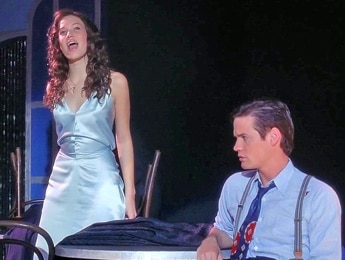 While it might not seem like it, I enjoyed A Walk to Remember when I first saw it and it’s still one of my favourite Nicholas Sparks adaptations. Its a love story from a simpler time with quite a few classic romantic tropes that seriously work! A Walk to Remember also has a great soundtrack! Mandy Moore contributes at least three tracks, including Only Hope, performed as part of Jamie’s transformative scene in the school play. Switchfoot’s incredible ballad Dare You To Move is also a highlight.

Where to Watch: A Walk to Remember is available for sale or to watch on Amazon

Content Note: A Walk to Remember is rated PG for thematic elements, language and some sensual material.

Have you watched A Walk to Remember? What did you think? Comment below and let me know!

Our romance-themed entertainment site is on a mission to help you find the best period dramas, romance movies, TV shows, and books. Other topics include Jane Austen, Classic Hollywood, TV Couples, Fairy Tales, Romantic Living, Romanticism, and more. We’re damsels not in distress fighting for the all-new optimistic Romantic Revolution. Join us and subscribe. For more information, see our About, Old-Fashioned Romance 101, Modern Romanticism 101, and Romantic Living 101.
Pin this article to read later! And make sure to follow us on Pinterest.
By Naazneen Samsodien on October 10th, 2017