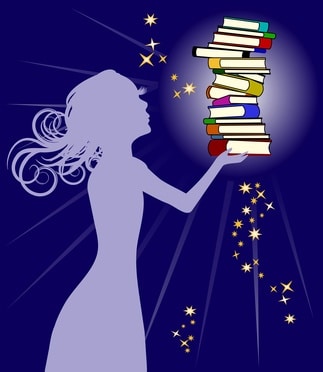 Have you ever read a book that was really great right up until the very end? Everything was going fine, the hero was going to end up with the heroine, and everyone would live happily ever after…or so you thought. Then, in the last ten pages, the author decides to slap you in the face and make the entire thing a tragedy. Surprise! And to make things worse, whatever happened before has now been rendered completely meaningless which could have easily been avoided.

I remember a trilogy I read years ago (I won’t name names) that was absolutely perfect and riveting. I became married to this series, eagerly awaiting each new installment. I was surprised at first by the author’s choice in romantic pairings, but by the end, I was rooting wholeheartedly for them. Unfortunately, I was not prepared for the author to decide to stab me in the heart at the very last second. For no apparent reason, the author decided to kill off the hero in the last ten pages. As far as I can tell his death served no thematic purpose whatsoever.

RELATED: Check out Autumn’s blog post Why Happily Ever After Deserves Our Respect.

After years of following the lives of these characters, I’ll be honest, I felt betrayed. My poor little brain simply could not handle the, in my opinion, senseless death. So, what did I do, you ask? I did the only thing I could think of that would give me peace of mind. I rewrote the ending as I thought it should be. Yes, folks, I took out pen and paper and wrote my own ending to the story.

Now, some might argue I was impinging on the author’s right to their interpretation of their story and how it should end. But, I ask you, what about the rights of the reader? Don’t we have a say as to what stays in our mind long after we have finished a book? We are all entitled to our own interpretation, and in my case that sometimes involves a reinterpretation of the ending.

Since that first life-changing choice, I have occasionally decided to rewrite the endings of stories, be they in books, television series, or movies. I feel absolutely no shame in it, and it certainly helps me sleep better at night. So, take it how you will. Do you hate the very idea? Or, do you secretly refashion endings as well? Give me your thoughts on the matter.

With that said, are there any Book/Film/TV  endings you would have changed? Sound off below.

Read Why Reviews Should Rate By Genre.

Our romance-themed entertainment site is on a mission to help you find the best period dramas, romance movies, TV shows, and books. Other topics include Jane Austen, Classic Hollywood, TV Couples, Fairy Tales, Romantic Living, Romanticism, and more. We’re damsels not in distress fighting for the all-new optimistic Romantic Revolution. Join us and subscribe. For more information, see our About, Old-Fashioned Romance 101, Modern Romanticism 101, and Romantic Living 101.
Pin this article to read later! And make sure to follow us on Pinterest.
By Rebecca Lane on August 30th, 2013

3 thoughts on “A Vindication of the Rights of Readers”