June 18th marked the 200th anniversary of the Battle of Waterloo, when – in a muddy field in Belgium – the forces of Napoleon Bonaparte were defeated by those of the Duke of Wellington and his allies, and Napoleon’s astonishing 20-year career of conquest came to a final end.

The shadow of Waterloo loomed large over Europe for decades to come, and Napoleon and Wellington passed from history into legend. To mark the Waterloo anniversary last week , this week’s List highlights the sheer variety of ways in which the legacy of Waterloo has been kept alive in literature, film and TV.

First written in installments by William Makepeace Thackeray, Vanity Fair charts the careers of two very different girls during the age of Waterloo. It is particularly famous for its description of the Duchess of Richmond’s ball, given on the eve of the battle. Useless husband George Osborne (NOT the British Chancellor of the Exchequer) pursues his wife’s best friend Becky at the ball, then meets his end on the battlefield, before his grieving wife Amelia discovers what a waste of space he really is.

Despite having brothers in the navy, and living through the Waterloo era, Jane Austen is famous for NEVER mentioning the Napoleonic Wars. In her Regency novels, soldiers spend less time fighting Napoleon and more time seducing gullible young girls like Lydia Bennet. Generations of fans have been left trying to fill in the tantalizing gaps left by her silence.

During the 1990s, Sean Bean fought and romanced his way through the Peninsula War as Richard Sharpe, a soldier who rises through the ranks after saving Wellington’s life, much to the annoyance of the establishment. Sharpe’s Waterloo was the last in the main series based on Bernard Cornwell’s books, and it pulled out all the stops, giving viewers comedy, tragedy, haunting songs and a really big battle. Sharpe contends not only with Napoleon’s army, but with his ridiculously incompetent superior, the Prince of Orange (played beautifully by Paul Bettany) and Lord Rossendale, the man who stole his wife and, more importantly, his money. The rivals have a memorable punch-up at the Duchess of Richmond’s ball.

In Susanna Clarke’s historical fantasy, Jonathan Strange becomes magician to the Duke of Wellington (who nicknames him “Merlin”) and rejoins him in Brussels after Napoleon escapes from exile. To keep the city safe from the French, he decides to move it to America for a few hours. “It always looks so empty on the maps.”(1)  As a by-product of his magic, some passing Native Americans are asked by the Duke if they would like to join in the coming battle. “They look as if they could do the business.” (2)  And a group of deserters end up living out the rest of their life in Lakota territory. 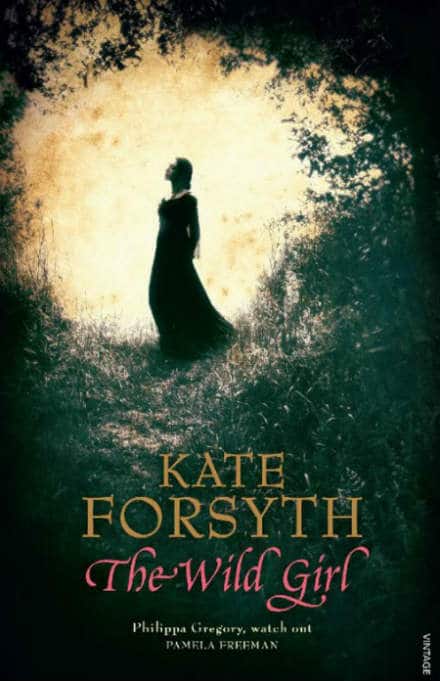 There are lots of books and period dramas about the home front during World War II, but not so many about the Napoleonic Wars, which is one of the reasons Kate Forsyth’s Wild Girl is such a special read. This moving love story between Wilhelm Grimm (of the Brothers Grimm) and his next-door-neighbour Dortchen Wild also recounts what life was like in countries that endured French occupation (and rule by Napoleon’s seemingly endless supply of relatives). And what happened when the French went home.

Begun as a game of toy soldiers (two of whom were named Wellington and Bonaparte) and expanding into a feat of empire-building and fan-fiction that would put modern role-players to shame, the Brontë children’s invented kingdoms of Glass Town, Angria and Gondal owed a huge debt to the growing legend of Waterloo in the 19th century. Wellington ruled as king of Glass Town from his home, Waterloo Palace. A Byronic anti-hero, Alexander Percy (based on Napoleon) emerged as Prime Minister of Angria, to threaten Wellington’s son.  And rival kingdoms fought it out in Gondal amid equally violent love affairs. It all fed into their later work.

(For more on the Brontës and Waterloo, see my blog: http://hiddengroveextra.blogspot.co.uk/2015/06/the-brontes-and-waterloo-10-things-i.html) 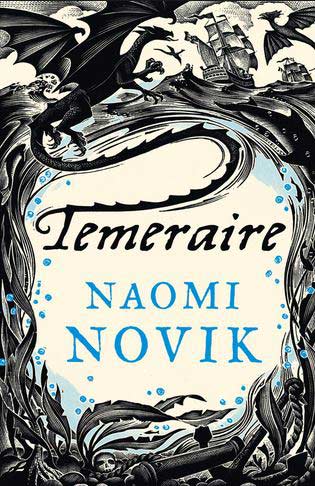 Imagine if the Napoleonic Wars were fought in the air. With dragons. That’s the basic premise for this fun historical fantasy by Naomi Novik, which has spawned a whole string of sequels. Temeraire is the name of the dragon who hatches from an egg captured by the British navy en route to Napoleon. Captain William Laurence is the naval officer who becomes his companion in the  Royal Aerial Corps.

Susanna Clarke again, this time world-borrowing from Neil Gaiman. (With his permission.  The two are great mutual admirers.) In this story, republished in The Ladies of Grace Adieu, the Duke of Wellington finds himself in the village of Wall from Neil Gaiman’s Stardust, and crosses its famous wall to retrieve his lost horse. As all Stardust fans know, on the other side of the wall lies Faerie. And it seems the Duke’s only way of escaping Faerie lies in the very un-soldierly art of embroidery. 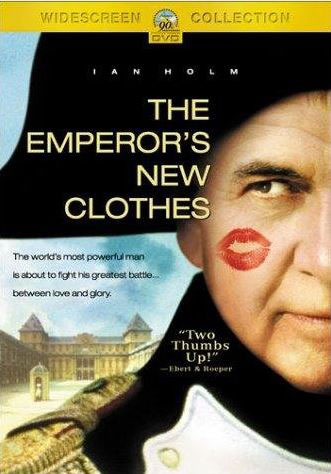 Not the Hans Anderson tale, nor yet Russell Brand (thank goodness) but a historical comedy starring Ian “Bilbo Baggins” Holm as Napoleon Bonaparte. After Waterloo, Napoleon was exiled to the island of Elba, where he died a broken man; but in this film the ex-Emperor swaps places with a doppelgänger and escapes back to France where he hopes to regain his throne. Unfortunately, the new “Napoleon” becomes very attached to his new status, while the real one has trouble proving his identity when every madman in the sanitorium claims to be Napoleon. A charming film and well worth a look.

In contrast with Napoleon, the Duke of Wellington became a national hero who was Prime Minister twice (although he was not as good a politician as he was a general). In The Young Victoria, we see him as the Grand Old Man of Britain, about to hand over the reins to a young queen, who will usher in a new era.

This is just the tip of the iceberg.  There are literally hundreds of books and period dramas depicting Waterloo, its era and principal characters.  Why not tell us about your favourite?

Our romance-themed entertainment site is on a mission to help you find the best period dramas, romance movies, TV shows, and books. Other topics include Jane Austen, Classic Hollywood, TV Couples, Fairy Tales, Romantic Living, Romanticism, and more. We’re damsels not in distress fighting for the all-new optimistic Romantic Revolution. Join us and subscribe. For more information, see our About, Old-Fashioned Romance 101, Modern Romanticism 101, and Romantic Living 101.
Pin this article to read later! And make sure to follow us on Pinterest.
By Elizabeth Hopkinson on June 24th, 2015