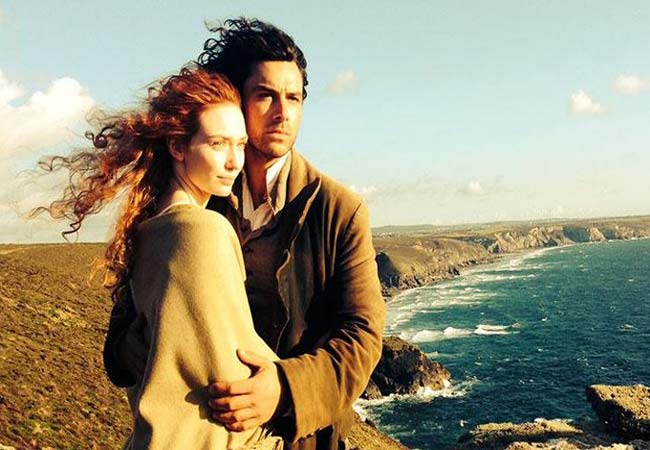 It’s only February, and already 2015 is a great year for British period dramas (or costume dramas, as we like to call it on our rainy set of islands.)  So brace yourselves, Rest of the World!  Here’s what’s coming at you out of Britain!

Yes, it’s the last ever series of Foyle’s War.  Again.  No, it really is the end this time.  In this final series, Mr Foyle is once more working for (and annoying) the Secret Service in their Cold War intrigues.  Meanwhile, big changes loom for Sam, and her politician husband struggles to keep his integrity as he seeks to improve life for the working class in postwar Britain.

Currently showing on various different schedules around the world, Series 2 in Britain reaches Episode 5 this week (after annoying interruptions due to rugby and football matches!)  Can D’Artagnan and Constance stay apart much longer?  Will Porthos learn the truth about his father?  And how much havoc can Milady and double-agent Rochefort wreak against the King?

The 20th-century drama takes a turn for the darker in Series 3, with Mrs Selfridge in her grave and potential crises looming for Harry in both his family and his business.  Meanwhile, the employees of Selfridge’s deal with the aftermath of World War One.  In particular, expect tears from Henri and Agnes.  Don’t say I didn’t warn you!

The adaptation of Hilary Mantel’s Booker Prize winning novel is huge news in Britain.  Mark Rylance (who I’m seeing on stage next week!) is wonderfully understated as Thomas Cromwell, the low-born man who rises in the favour of Henry VIII (Damian Lewis, Homeland, The Forsyte Saga).  Also stars Harry Lloyd and Thomas Brodie Sangster.  There’s an incredible amount of period detail in this.  Some people have complained about the low lighting levels…  (Yeah, they should just switch on the fluorescent lights…)

Julie Walters stars in a 10-week drama about the last days of the British Raj in India and the struggle for Home Rule.  With a large cast of characters, both Indian and British, this promises to be an interesting and emotional drama about a time of great change.

I know lots of people out there are eagerly anticipating this remake of a classic period drama, with Aidan “Kili” Turner in the title role.  Ross Poldark returns to his native Cornwall after fighting in the American War of Independence to find his sweetheart Elizabeth betrothed to his cousin, believing him dead.  Pulses will race…

Susanna Clarke’s amazing historical fantasy is one of my favourite novels, so I’m both anticipating and dreading this small-screen adaptation of her tale of two gentleman-magicians who bring back English Magic to the Regency period.  Expect talking statues, an egocentric fairy, the Duke of Wellington and a long-lost medieval king of Northern England.

What period drama are you most looking forward to? Sound off in the comments?

Our romance-themed entertainment site is on a mission to help you find the best period dramas, romance movies, TV shows, and books. Other topics include Jane Austen, Classic Hollywood, TV Couples, Fairy Tales, Romantic Living, Romanticism, and more. We’re damsels not in distress fighting for the all-new optimistic Romantic Revolution. Join us and subscribe. For more information, see our About, Old-Fashioned Romance 101, Modern Romanticism 101, and Romantic Living 101.
Pin this article to read later! And make sure to follow us on Pinterest.
By Elizabeth Hopkinson on February 13th, 2015