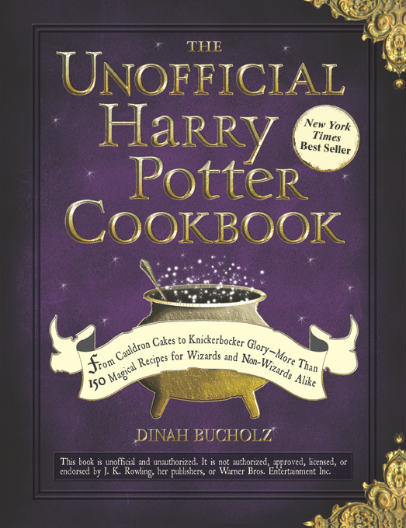 On my day off I sometimes like to indulge in a little thing called the Food Network. Yep, I like watching chefs cook delicious mouthwatering meals that I then crave for the rest of the day. Torture, you say? Well, maybe a little bit. But I just can’t help myself. As I spent my day drooling over a plethora of delightful dishes, I was reminded of a book I have that brings me back to a world which I’m sure almost everyone is very familiar with; the wizarding world of Harry Potter.

RELATED: What Happens When You Reread Books You Love

I was given years ago a Harry Potter cookbook, which I found to be surprisingly good.  Not only does it give you English favorites like pasties and shepherd’s pie, but it also provides awesome renditions of the magical snacks such as butterbeer, treacle tarts, and cauldron cakes read about in Harry Potter. I’ve tried making some of these recipes, and let me tell you they are pretty darn good. This is actually a really good cookbook all on its own, aside from its cool Harry Potter aspect. So, check it out, try out some recipes, and maybe even have your own Harry Potter party complete with magical witch and wizard snacks.

Do you have any cool cookbooks you’d like to recommend? Sound off below…

Our romance-themed entertainment site is on a mission to help you find the best period dramas, romance movies, TV shows, and books. Other topics include Jane Austen, Classic Hollywood, TV Couples, Fairy Tales, Romantic Living, Romanticism, and more. We’re damsels not in distress fighting for the all-new optimistic Romantic Revolution. Join us and subscribe. For more information, see our About, Old-Fashioned Romance 101, Modern Romanticism 101, and Romantic Living 101.
By Rebecca Lane on September 9th, 2013