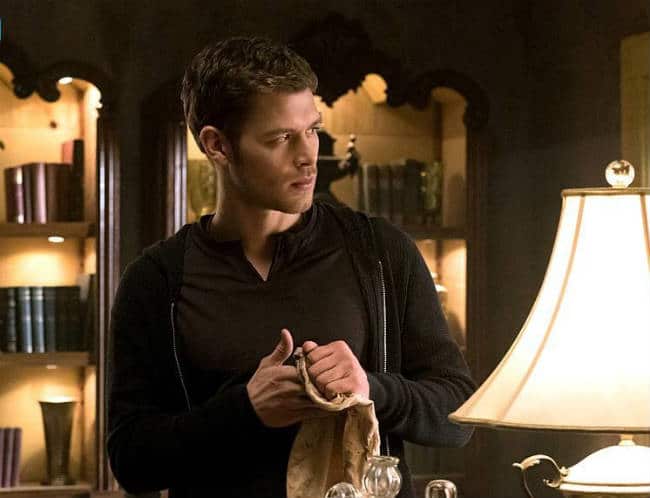 Love to Hate TV characters is a common phenomenon. There are some characters that can’t help but give a thoroughly bad first impression, characters that we dislike from the beginning. These are people that are either grating, cruel or just plain evil. In many cases, these characters stay unlikable until the very end whether till their death or the end of the show. There are, however, those that surprise us. Through believable character development, a tragic backstory or a shift in the writing of a show the audience finds themselves gradually warming to those they once reviled, sometimes without even noticing the change.

Love to Hate TV Characters That Grew On Us

From the very first episode, Thomas was established as being mean-spirited and ruthless, choosing Mr. Bates as the target of his schemes out of jealousy and prejudice. For a time, Thomas did absolutely nothing to endear himself to the audience. During season two, however, we began to see more of his compassionate side when he developed a close friendship with a suicidal young officer and attempted to help him recover. During this time, he also became friendly with Sybil Crawley, leading to his shedding tears over her later death much to the surprise of other staff members.

Many misfortunes and several instances of unrequited love befall Thomas to the point where you truly begin to feel sorry for him. We also learned the motivation for his anger. By the latter half of series five, he seems to have curbed his malicious tendencies quite a bit and gained a lot of sympathies from the audiences. Even if some only appreciate him for his dry sense of humour.

#2: Regina Mills/ The Evil Queen from Once Upon a Time

When first introduced, Regina just seemed like a character solely motivated by hatred. Her only redeeming quality seemed to be her love for her son, Henry, though even that was tainted by her need to control him. When we eventually got to see her back story, it was a turning point in understanding why she acted the way she did, though admittedly many loved her as a character even before that. Though not necessarily agreeing with her choices or her plans for Storybrooke, fans grew fond of Regina and her asinine wit. By the time she joined the heroes in season three, most of the audience were already rooting for her to finally find her happy ending.

#3: Klaus Mikaelson from The Vampire Diaries/ The Originals

If you were to go back and review Season Two of The Vampire Diaries you would come to a very different conclusion about Klaus then you might after watching the more recent seasons of The Originals. While it cannot be said that Klaus is even remotely redeemed by this point, he is not the monster he was when we first met his character. Though it never really was meant to be, the way he was with Caroline (despite her dislike of him) gave us a glimpse of a different side of him, one that could be funny, intelligent and even caring. Over his time on the two shows, he has morphed from unapologetic villain to reluctant anti-hero helped mainly by the revealing of his past misfortunes and ever changing family relationships and friendships including Camille who always tries to see the good in him.

Most were not quite sure what to make of Dyson’s new work partner after Hale became the new Ash. While an interesting character, her status as a Dark Fae made her instantly suspicious. Her prickly demeanour, an apparent vendetta against Bo and refusal to believe her innocence caused a lot of the fandom to dislike her early on. However, she proved herself to be an intelligent, capable fighter and a valuable member of the team, winning over the audience with her caustic wit. The fact that she also has elements of a female Byronic anti-hero certainly didn’t hurt.

#5: George Wickham from Lost in Austen

This character is unique in that the audience’s initial dislike of him was prompted entirely by assumptions carried over from the original text. Those familiar with Pride and Prejudice go into the mini-series  armed with a mistrust for the character, reacting to his presence much as Amanda does. However, these characters do not behave exactly as they did in the novel due to her accidental alterations to the plot. Some also have different motives from what was implied in the novel. We find out that Wickham is not actually as bad as we initially assumed.

Tom Riley’s version of the character is also incredibly fun and his banter with Miss Price is charming. Even before the truth is revealed, we begin to like him despite ourselves. In fact, some were so taken by his portrayal of Wickham that they found themselves rooting not for Amanda to choose Elliott Cowan’s semi unlikeable version of Mr. Darcy but instead for her to ride off into the sunset with the dashing soldier.

Rebecca was introduced as a foil for Casey Cartwright and minor antagonist for the first season of Greek. The fact that she slept with Evan, Casey’s boyfriend, in the first episode and then showed zero remorse about it did not give her much of a chance to make anything other than a terrible first impression. For a time, she came over as entitled, obnoxious, selfish and rude. It was only when we began to see glimpses of her dysfunctional family life that we begin to understand why she was the way she was.

We also begin to appreciate the qualities that first seemed awful such as her blunt honesty and extreme pragmatism. Also, through her relationship with Cappie we began to see a side of her that was not primarily concerned with rivalling Casey and her achievements.  Eventually, she became a member of the main friend group, even going undercover to help Casey bring down their shared enemy, Frannie.

When first introduced, Wesley appeared to be snobbish, overconfident, irritating and foppish. Not only did he clash with Giles and Buffy despite their having more experience in the field, he showed great cowardice when he and Giles were captured by Balthazar. But the thing which ensured that he earned the fans dislike was when he botched Angel’s attempts to help Faith after she accidentally murdered a human being.

After leaving Sunnydale at the end of Season Three, he appeared again on Season One of Angel, shortly after the death of the beloved character Doyle. During that episode, he helped Angel to save Cordelia’s life. Afterward, he chose to stay and help with Angel’s ongoing mission. Gradually he changed from a comic relief character into a valued and important member of Angel’s team, undergoing many trials in the process.

What did you think of these characters? Do you agree? Who else would you include?

Our romance-themed entertainment site is on a mission to help you find the best period dramas, romance movies, TV shows, and books. Other topics include Jane Austen, Classic Hollywood, TV Couples, Fairy Tales, Romantic Living, Romanticism, and more. We’re damsels not in distress fighting for the all-new optimistic Romantic Revolution. Join us and subscribe. For more information, see our About, Old-Fashioned Romance 101, Modern Romanticism 101, and Romantic Living 101.
Pin this article to read later! And make sure to follow us on Pinterest.
By Elinor Cackett on November 28th, 2015