A couple weeks back, I shared part one of some exciting new and upcoming fairy tale retellings in literature to check out (Make sure to go and read that first). Now, it’s time for part two! Without further ado, here are some more great titles to add to your reading list (because there really are never enough fairy tale retellings…) 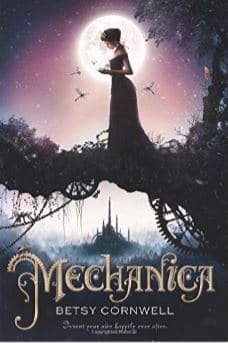 Fairy Tale: A Cinderella Retelling (a good match for those who love Cinder).

Synopsis: “Nicolette’s awful stepsisters call her “Mechanica” to demean her, but the nickname fits: she learned to be an inventor at her mother’s knee. Her mom is gone now, though, and the Steps have pushed her into a life of dreary servitude. When she discovers a secret workshop in the cellar on her sixteenth birthday—and befriends Jules, a tiny magical metal horse—Nicolette starts to imagine a new life for herself. And the timing may be perfect: There’s a technological exposition and a royal ball on the horizon. Determined to invent her own happily-ever-after, Mechanica seeks to wow the prince and eager entrepreneurs alike.” 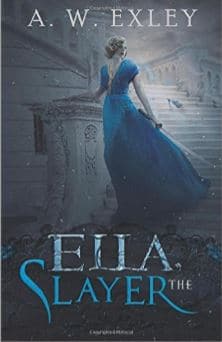 The flu pandemic of 1918 took millions of souls within a few short weeks. Except it wasn’t flu and death gave them back.

Seventeen-year-old Ella copes the best she can; caring for her war-injured father, scrubbing the floors, and slaying the undead that attack the locals. Vermin they’re called, like rats they spread pestilence with their bite. Ella’s world collides with another when she nearly decapitates a handsome stranger, who is very much alive.

Seth deMage, the new Duke of Leithfield, has returned to his ancestral home with a mission from the War Office — to control the plague of vermin in rural Somerset. He needs help; he just didn’t expect to find it in a katana-wielding scullery maid.

Working alongside Seth blurs the line between their positions, and Ella glimpses a future she never dreamed was possible. But in overstepping society’s boundaries, Ella could lose everything – home, head and her heart… 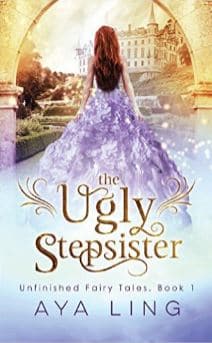 Synopsis: “When Kat accidentally rips apart an old picture book, she’s magically transported into the world of Cinderella–as Katriona, one of the ugly stepsisters! Life turns upside down now that she’s a highborn lady and must learn how to survive the social season, including how to get through the door in a huge metal hoop skirt. To get back, she’ll have to complete the story, right to the end of happily ever after. But the odds are huge: the other stepsister is drop-dead gorgeous, the fairy godmother is nowhere to be found, and the prince, despite being insanely hot, openly dislikes balls. Can she ever return to the modern world?” 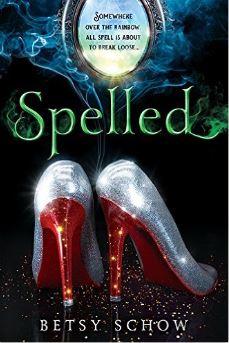 Fairy Tale: A unique take on The Wizard of Oz.

Synopsis: Fairy Tale Survival Rule #32: If you find yourself at the mercy of a wicked witch, sing a romantic ballad and wait for your Prince Charming to save the day.

Yeah, no thanks. Dorthea is completely princed out. Sure being the crown princess of Emerald has its perks—like Glenda Original ball gowns and Hans Christian Louboutin heels. But a forced marriage to the not-so-charming prince Kato is so not what Dorthea had in mind for her enchanted future.

Talk about unhappily ever after.

Trying to fix her prince problem by wishing on a (cursed) star royally backfires, leaving the kingdom in chaos and her parents stuck in some place called “Kansas.” Now it’s up to Dorthea and her pixed off prince to find the mysterious Wizard of Oz and undo the curse…before it releases the wickedest witch of all and spells The End for the world of Story 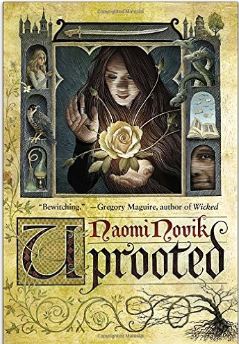 Fairy Tale: An original fairy tale fantasy with elements of beauty and the beast.

“Every so often you come upon a story that seems like a lost tale of Grimm newly come to light. Uprooted is such a novel. Its narrative spell is confidently wrought and sympathetically cast. I might even call it bewitching.”—Gregory Maguire, bestselling author of Wicked and Egg & Spoon

“Our Dragon doesn’t eat the girls he takes, no matter what stories they tell outside our valley. We hear them sometimes, from travelers passing through. They talk as though we were doing human sacrifice, and he were a real dragon. Of course that’s not true: he may be a wizard and immortal, but he’s still a man, and our fathers would band together and kill him if he wanted to eat one of us every ten years. He protects us against the Wood, and we’re grateful, but not that grateful.”

Agnieszka loves her valley home, her quiet village, the forests and the bright shining river. But the corrupted Wood stands on the border, full of malevolent power, and its shadow lies over her life.

Her people rely on the cold, driven wizard known only as the Dragon to keep its powers at bay. But he demands a terrible price for his help: one young woman handed over to serve him for ten years, a fate almost as terrible as falling to the Wood.

The next choosing is fast approaching, and Agnieszka is afraid. She knows—everyone knows—that the Dragon will take Kasia: beautiful, graceful, brave Kasia, all the things Agnieszka isn’t, and her dearest friend in the world. And there is no way to save her.

But Agnieszka fears the wrong things. For when the Dragon comes, it is not Kasia he will choose.” 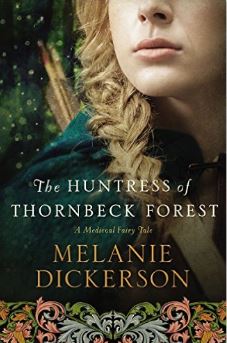 #21: The Huntress of Thornbeck Forest (A Medieval Fairy Tale Book 1)

Fairy Tale: A Retelling of Swan Lake AND Robin Hood.

Synopsis: “A beautiful maiden who poaches to feed the poor.

A handsome forester on a mission to catch her.

Danger and love are about to unite in Thornbeck Forest.

The margrave owns the finest hunting grounds for miles around—and who teaches children to read, but by night this young beauty has become the secret lifeline to the poorest of the poor.

For Jorgen Hartman, the margrave’s forester, tracking down a poacher is a duty he is all too willing to perform. Jorgen inherited his post from the man who raised him . . . a man who was murdered at the hands of a poacher.

When Jorgen and Odette meet at the Midsummer festival and share a connection during a dance, neither has any idea that they are already adversaries.

The one man she wants is bound by duty to capture her; the one woman he loves is his cunning target . . . What becomes of a forester who protects a notorious poacher? What becomes of a poacher when she is finally discovered?” 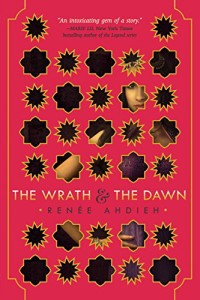 Fairy Tale: A Thousand and One Nights.

Synopsis: “A sumptuous and epically told love story inspired by A Thousand and One Nights

Every dawn brings horror to a different family in a land ruled by a killer. Khalid, the eighteen-year-old Caliph of Khorasan, takes a new bride each night only to have her executed at sunrise. So it is a suspicious surprise when sixteen-year-old Shahrzad volunteers to marry Khalid. But she does so with a clever plan to stay alive and exact revenge on the Caliph for the murder of her best friend and countless other girls. Shazi’s wit and will, indeed, get her through to the dawn that no others have seen, but with a catch . . . she’s falling in love with the very boy who killed her dearest friend.

She discovers that the murderous boy-king is not all that he seems and neither are the deaths of so many girls. Shazi is determined to uncover the reason for the murders and to break the cycle once and for all.”

RELATED | The Wrath and the Dawn Review 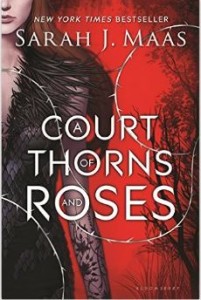 Fairy Tale: A Retelling of Beauty and the Beast.

Synopsis: “Perfect for fans of Kristin Cashore and George R.R. Martin, this first book in a sexy and action-packed new series is impossible to put down! When nineteen-year-old huntress Feyre kills a wolf in the woods, a beast-like creature arrives to demand retribution for it. Dragged to a treacherous magical land she only knows about from legends, Feyre discovers that her captor is not an animal, but Tamlin–one of the lethal, immortal faeries who once ruled their world.

As she dwells on his estate, her feelings for Tamlin transform from icy hostility into a fiery passion that burns through every lie and warning she’s been told about the beautiful, dangerous world of the Fae. But an ancient, wicked shadow over the faerie lands is growing, and Feyre must find a way to stop it . . . or doom Tamlin–and his world—forever.”