A look at the man who created James Bond. This one is just plain, old-fashioned fun. Fleming is rated TV-MA.

RELATED | Review of Fleming: The Man Who Would Be Bond

An amusing Canadian mystery series set during the early 1900s. While some of the dialogue can be stilted at times, I really love the main character! It’s definitely fun seeing the various mysteries unfold.

A Canadian look at WWII. While I haven’t seen it, we have a review here to give you an idea of what the show is all about. 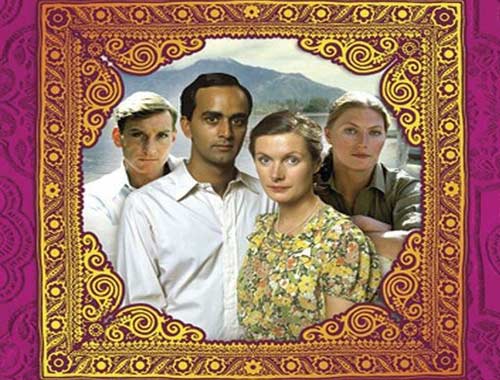 Another period drama still on my list to see, The Jewel in the Crown won a Golden Globe for Best Mini-Series and several Emmy Awards as well. This one does contain graphic content including a rape that is central to the story. It’s set in India at the end of British rule.

When I first started Mad Men, I hated all the characters and couldn’t get into it. It’s seriously about a bunch of terrible people working at an advertising company. Somehow, however, I just couldn’t take my eyes away from Don Draper and all of his lies. Finally, I just had to keep watching. The highlight (for me anyway) of the series is the strange friendship between Don and Peggy. On a side note, there is definitely adult content in this, but most of the time Mad Men is rated TV-14.

For more recommendations, check out: Romantic Period Films to Watch On Netflix Part 1

What are you planning to watch on Netflix? Any favorites? Sound off in the comments…

Our romance-themed entertainment site is on a mission to help you find the best period dramas, romance movies, TV shows, and books. Other topics include Jane Austen, Classic Hollywood, TV Couples, Fairy Tales, Romantic Living, Romanticism, and more. We’re damsels not in distress fighting for the all-new optimistic Romantic Revolution. Join us and subscribe. For more information, see our About, Old-Fashioned Romance 101, Modern Romanticism 101, and Romantic Living 101.
Pin this article to read later! And make sure to follow us on Pinterest.
Pages: 1 2 3
By Autumn Topping on August 5th, 2015