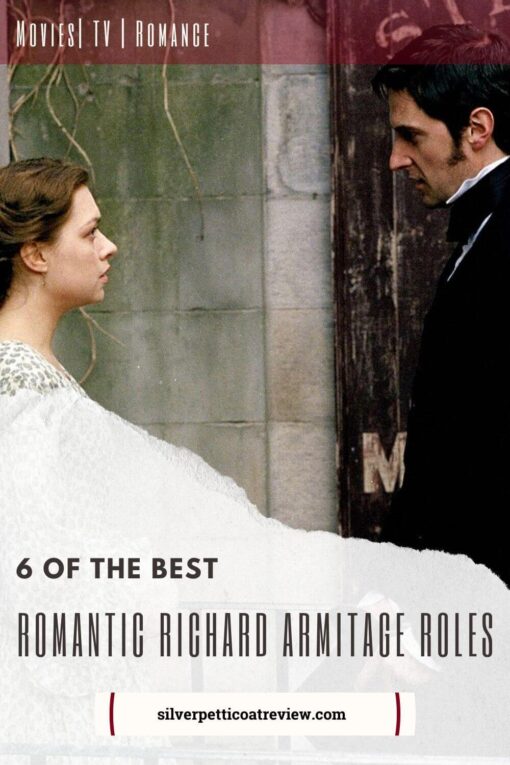 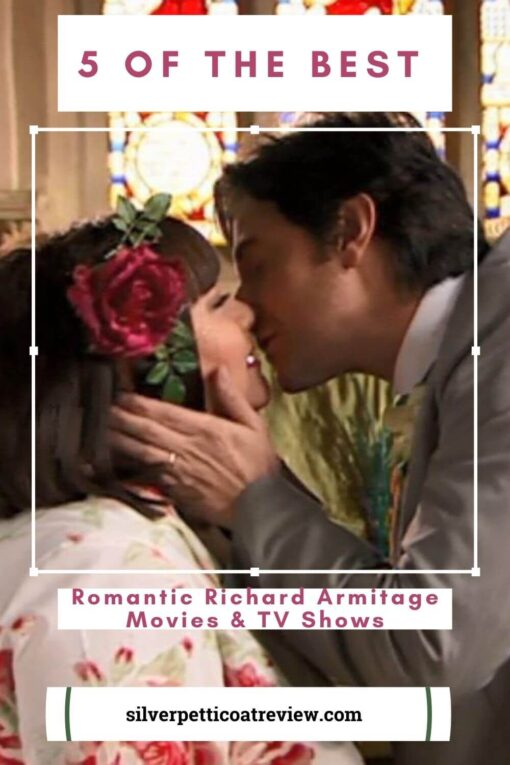 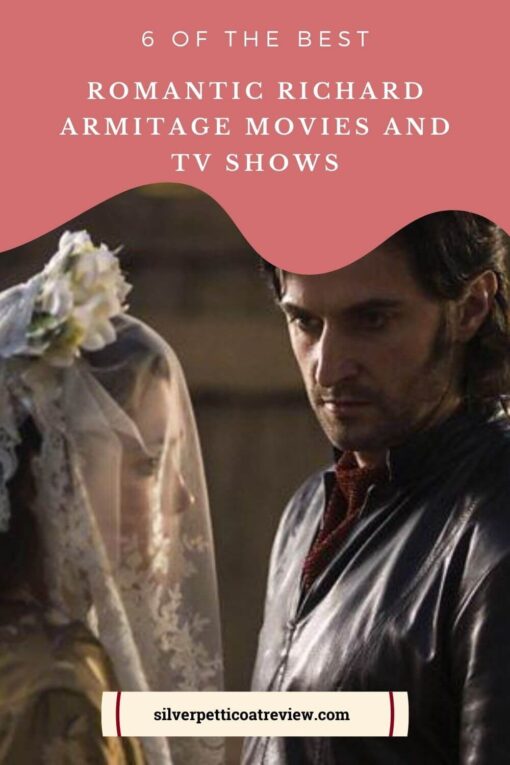 Richard Armitage has had a varied acting career thus far. From British television to Hollywood Blockbusters to indie dramas, and even theater. He’s a well-rounded actor who has starred in many incredible movies and TV shows and varied genres. One such genre he does particularly well is romance. Or at least the part of the romantic leading man!

So, since it’s his birthday (August 22), I thought it would be fun to revisit some of his most romantic roles in movies and television.

While he’s most known in mainstream Hollywood from The Hobbit trilogy as the handsome Dwarf-King, Thorin, period drama fans first fell in love with Mr. Armitage as a romantic leading man when he starred in the surprise BBC hit, North & South in 2004. It’s since gone on to become a cult fan favorite amongst period drama aficionados. (Read all about why North & South matters in my article HERE.)

If you’ve seen North & South, you understand how well Mr. Armitage excels in acting within a love story. Not many actors do romance better than Richard Armitage. His deep, melodic voice, brooding stares, excellent acting ability mixed with onscreen charisma, help transform him into the ideal leading man.

So, today, I bring you six of Richard Armitage’s best romantic roles from movies and television.

Could the number one choice be anything other than the brilliant North & South? Richard Armitage plays John Thornton, a mill owner who falls in love with Margaret, a young woman who moves to the North, only to have an intense dislike for it and him. It’s all a little bit Pride and Prejudice, and yet it’s not.

The story, based on the classic Elizabeth Gaskell novel, feels part Jane Austen and part Charles Dickens, but more romantic than both. It’s also got a touch of Charlotte Bronte for good measure. Meanwhile, a strike is brewing, and tensions are rising between the wealthy and the poor.

To say more would give too much away. Just know that it’s a brilliant, perfect production. The chemistry between the two actors is magical. After watching this, you might find yourself saying, Mr. Darcy, who?

If you’ve ever dreamed of a handsome man moving in next door who also reads books, enjoys deep conversations, and is adorably flirty and funny, then you’ll enjoy the happy ending for the beloved British comedy series, The Vicar of Dibley. He stars in the final episodes and yep, marries the leading lady.

If you’ve yet to see Richard Armitage in Robin Hood, you are missing out and should rectify that as soon as possible! He plays the brooding bad boy, Guy of Gisborne, who is in love with Marian. She’s attracted to him but also wary of him due to his villainy. It’s a bit of a love triangle with Robin Hood.

Unfortunately, Guy is a little bit “too” bad sometimes, and the third season isn’t as good as the first two (although he does have a brief romance with a character named Meg), but Robin Hood is a fun watch for the whole family. It has adventure, romance, fun characters (including a young Joanne Froggatt), and, of course, lots of smoldering stares from Richard Armitage.

The Impressionists is a docudrama about the famous impressionist painters of the 19th century. Richard Armitage plays Claude Monet, and yes, it’s romantic. It’s also full of romanticism and gorgeous paintings. So, if you love history and art like me, you won’t want to miss this excellent miniseries.

This British miniseries came before North & South but revealed Richard Armitage’s potential as a romantic leading man. The series is a contemporary remake of Wuthering Heights that pulls a gender switch between Cathy and Heathcliff. The super talented Sally Wainwright also writes it, so it has good writing.

Now, I’d call it a very loose adaptation of Wuthering Heights, but it’s still a fascinating watch, especially with the fantastic cast. Richard Armitage plays a farmer and a good man who loves Carol (this story’s version of Heathcliff). Even though he’s not the main love interest, you can’t help but watch and kind of root for him anyway.

Okay, so he’s more of a romantic villain in this Hollywood film. It is more about the women, after all! Still, it’s fun to watch Richard Armitage act off Sandra Bullock and Anne Hathaway – even if there’s no HEA.

Here’s to hoping Richard Armitage gets more romantic leading roles in Hollywood in the future. (He recently narrated the audiobook for the historical fiction novel, The Jane Austen Society. So, if that becomes a film, I think we can all agree, he should play one of the main characters. Of course, the book has lots of romance in it!)

You can also watch his romantic entanglements in shows like Berlin Station and Spooks/MI-5, but the choices above were my personal favorites. What are your favorite romantic Richard Armitage movies and TV shows? Leave a comment below!