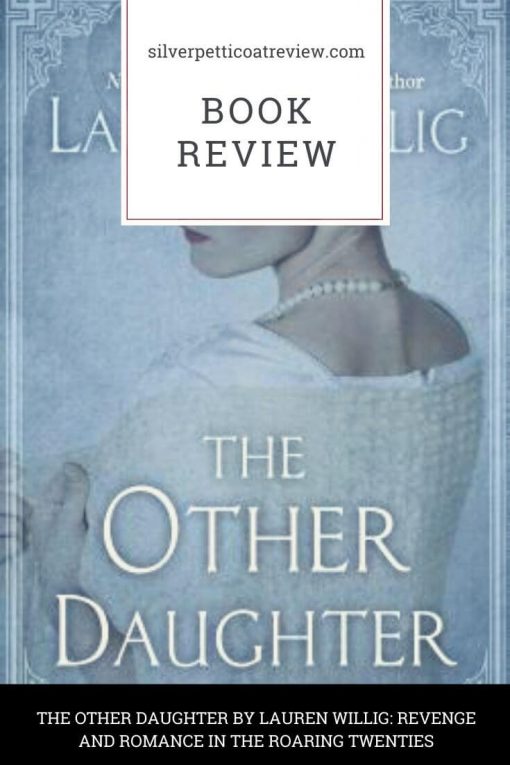 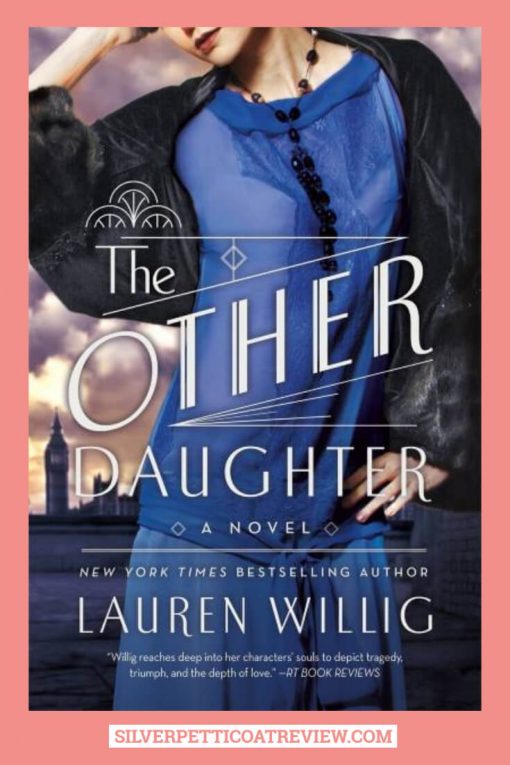 Book review of Lauren Willig’s The Other Daughter – a thoughtful tale about a woman trying to find herself.

The Other Daughter (2015) by Lauren Willig

Raised by her widowed mother in genteel poverty in an isolated English village, for the past six years Rachel Woodley has been working in France as a nursery governess. When her mother unexpectedly dies, she returns to England to clear out the cottage, and finds a scrapbook full of cuttings from London society pages—all pictures of her supposedly deceased father, very much alive.

He’s an earl, socially prominent, with another daughter who is living a charmed life: a debutante, much photographed, and engaged to a rising Tory MP. Rachel’s cousin confirms the horrible truth: her father is alive, with a legitimate, acknowledged family. Which makes Rachel…not legitimate. Everything she thought she knew about herself and her past—even her very name—is a lie.

The Other Daughter is essentially a tale about a woman trying to find herself and the family that’s been denied her. Upon learning that her supposedly deceased father is actually alive – the man she has grieved since childhood – Rachel seeks to find out the truth.

Why her father abandoned her? Why her mother never told her, keeping the man on a pedestal? She is angry and hurt, poor and rejected, impulsively telling her tale of woe to a stranger in a café.

And that stranger, Simon Montfort, is a gossip columnist/aristocrat, who seems to have a very personal interest in the earl and the earl’s legitimate, recently engaged daughter. And he has a plan.

Simon plans to transform the shy and conservative governess Rachel into a fashionable Bright Young Thing, fitting into the hedonistic scene of interwar Britain. Where a nation and a generation traumatized by the Great War have embraced “the eat, drink and be merry, for tomorrow we die” mindset.

And if she can pull off the stunt, insinuating herself with the right people, well, she just might worm her way into the Earl of Ardmore’s circle. Worm her way in and sabotage and expose.

Utterly lost, Rachels agrees to Simon’s plan. He gets her hair cut, sets her up in his mother’s apartment, dresses her in his sister’s clothes and passes her off as his distant cousin, newly returned from a long sojourn in France. And the dutiful, hardworking, demure Rachel suddenly finds herself in a foreign world of endless parties and repartee.

She’s trying to weasel her way into the circle of her stepsister Olivia, hoping to land an invitation to her stepbrother’s upcoming birthday bash. A bash to be held at the earldom’s country seat.

The initial fury of rejection ebbs and Rachel comes to care for some of her newfound friends, liking her cousin and even her sister and especially Simon. Living a lie is taking its toll on her. She doesn’t like who she’s becoming.

And behind all the gloss and shine of the Bright Young Things, she’s starting to recognize rot and pain, that maybe she’s not the only one who’s not what she seems. That the earnest, good-hearted politician set to marry her sister is perhaps not so noble after all. That the sardonic, gossip columnist is maybe not so flippant and indifferent as he lets on.

And maybe her father has a very legitimate and tragic reason for his abandonment.

The Other Daughter is a good read, an entertaining and thoughtful read about self-discovery, letting go and seizing the day. Lauren Willig apparently referred to this as her Mary Stewart book, and one can certainly see the inspiration.

The romance is very subdued in this tale, playing a supportive role in the personal journey of our heroine, who’s trying to figure who she is and who she wants to be. Willig also references Pygmalion as an inspiration, and Rachel’s journey certainly has an Eliza Doolittle quality to it.

Lauren Willig writes well, knows how to weave a compelling tale, full of humor and insight. The Other Daughter is a good, good read.

Adaptation Recommendation: This could make a great movie. I have no idea who could star in it, but I would watch it (-:

Have you read The Other Daughter by Lauren Willig? Do you want to if you haven’t? Let me know in the comments.