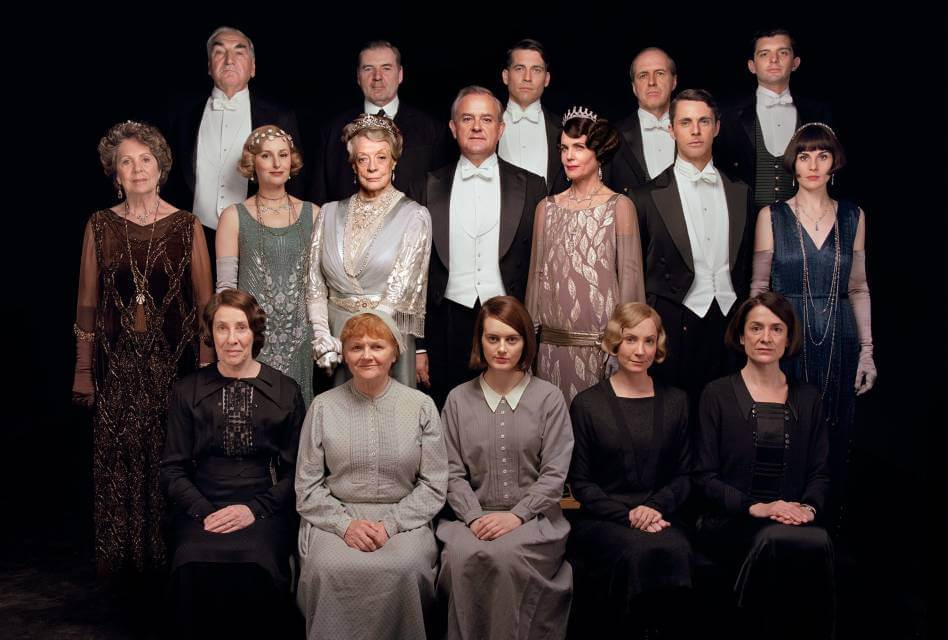 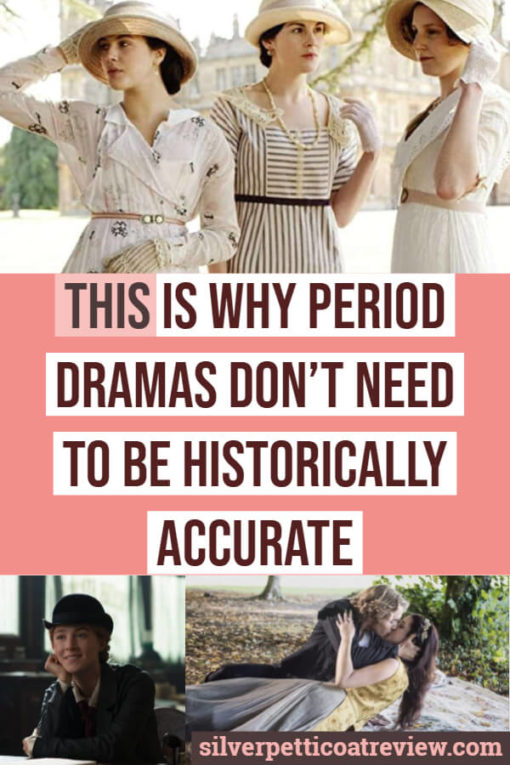 From Downton Abbey to Poldark, several popular period dramas are light on historical accuracy – but should we care?

When it comes to period drama fans, two different types exist. One, the history buffs who love seeing the past as accurately portrayed as possible. And the second, fans drawn to romanticized period dramas – perhaps dreaming of what it would have been like to live in a simpler time. Of course, most of us fans often fall into both categories. One can rationally accept inaccuracies and still love the fantasy of a handsome and wealthy Mr. Darcy rescuing Elizabeth’s family from social ruin in Pride and Prejudice. Jane Austen, herself, wrote happy endings that weren’t necessarily realistic to her own time.

So, this begs the question. Should fans of period drama demand more historical accuracy? Or should we all embrace that watching period dramas is about having fun entertainment to watch while also sparking an interest in the past? I argue the latter.

If filmmakers were to create 100% historically accurate dramas (which may not even be possible), would we want to watch them? Even seemingly authentic historical pieces like Schindler’s List took liberties.

RELATED: 15 OF THE BEST PRIDE AND PREJUDICE ADAPTATIONS, RANKED

A film or show requires a script, and a screenplay must follow a formula. At most, a period drama is an interpretation of history seen through the lens of the filmmaker. It also must be relatable to a contemporary audience.

Just look at the success of Downton Abbey. The British period drama became a pop-culture phenomenon not because it was historically accurate but because it had excellent storytelling.

The Historical Accuracies of Period Dramas Like Downton Abbey

A historian from the University of New Hampshire, Nicoletta Gullace, recently did a study on the historical accuracies of Downton Abbey, which supports my perspective. She said, “Life was hard and gritty in the early 1900s. So the show’s producers created a safe and more palatable experience to satisfy today’s viewer by airbrushing over some of the ugliness….”

The main female characters, for example, all demonstrate a form of feminism, from Sybil’s interest in woman’s rights to Mary’s sexual independence and Edith’s newspaper career.

Still, Gullace believes it’s all in good fun. She argues watching Downton Abbey is like visiting living museums and participating in historical reenactments. People love history, but they want it to be enjoyable.

The Balance Between Realism and Contemporary Appeal

Perhaps a middle ground is the best option. The greatest period dramas, like North & South (2004), respect the essence of a period while also appealing to a modern-day audience using modern filmmaking techniques such as tracking shots and other contemporary artistic choices.

The recent Little Women adaptation is another fantastic example of how to find the perfect balance between historical accuracy and contemporary appeal. Without giving away spoilers, the director of Little Women, Greta Gerwig, made a bold choice to tweak the ending to pay homage to the author, Louisa May Alcott. In doing so, she shows respect to the past while also appealing to women today.

Debatably, it’s the appearance of historical accuracy in period dramas most of us like.

Still, I believe there’s room for different types of period dramas. I’m someone who also enjoys historical fantasy found in series like Reign and Agent Carter. I can also appreciate some modernism in my period dramas seen in shows like A Place to Call Home or Anne with an E. It all depends on my mood.

That said, we should take the “intent” of a period drama into consideration and judge accordingly. I don’t expect historical accuracy in period dramas like Reign, so I can enjoy it for what it is: sensation historical fantasy.

But filmmakers also shouldn’t pretend their dramas are historically accurate when it’s a period drama full of modernism, for example (Anne with an E) either. Thus, annoying fans who then decry a lack of historical accuracy. Filmmakers should embrace what their show is and don’t claim otherwise.

What I Want as a Period Drama Fan

Overall, what I’m looking for is good storytelling because that’s what makes a great film or series. So, wherever a period drama lands on the scale between historical accuracy, modernism, and fantasy, if it has a great story and it entertains me, I’m interested.

At the end, who wants to watch romantic period dramas with actors and rotting teeth when you could travel back in time like Claire in Outlander and meet your own Jamie Fraser? Yep. It’s not much of a choice when you think about it.

Do you want more historical accuracy in period dramas? Or are you okay with filmmakers taking liberties? Discuss below in the comments!